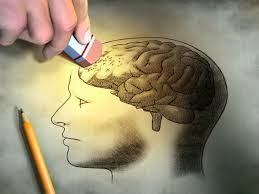 Years of research on mice proves that scientists can weaken or strengthen particular memories from the brain or outright delete inherited memories, the Guardian reported.

Scientists hope that the new discovery could potentially be used to help those with cognitive decline or post-traumatic stress disorder by removing fearful memories.

“We can use the same approach to selectively manipulate only the pathological fear memory while preserving all other adaptive fear memories which are necessary for our daily lives,” Jun-Hyeong Cho, co-author of the research from the University of California said.

The researchers used those mice to examine the pathways between the amygdala area of the brain responsible for emotional memories and the area that produces particular sounds. They played a series of low- and high-pitched tones that shocked the mice’s feet with electrodes on the high-pitched sounds.

“These mice are special in that we can label or tag specific pathways that convey certain signals to the amygdala, so that we can identify which pathways are really modified as the mice learn to fear a particular sound,” Cho said. “It is like a bundle of phone lines,” he added. “Each phone line conveys certain auditory information to the amygdala.”

The team then discovered it was possible to completely erase fearful or unwanted memories using a technique called optogenetics, while medication has been used for this purpose to remove the negative associations of some memories.

This technique involves using a virus to introduce genes into particular neurons in the brains of the mice that were involved in the “high-pitch” pathways.

Once the virus was inside the cells, the genes resulted in the production of proteins which responded to light, allowing researchers to control the activity of the neurons.

Taking mice with the fearful memories, the team exposed the neurons involved in the “high-pitch” pathway to low-frequency light – an approach which weakens the connections between the brain’s neuron transmitters.

“It permanently erases the fear memory,” Cho said. “We no longer see the relapse of fear.”

‘The fact that you can parcel out these memories and manipulate them in a predictable fashion is remarkable,’ Sumantra Chattarji, an expert on memory at the National Centre for Biological Sciences in Bangalore, India told New Scientist.

‘This was impossible a few years ago.’

In another study from 2015, MIT scientist found that in animals that developed PTSD symptoms following chronic stress and a traumatic event, serotonin promoted the process of memory consolidation. When the researchers blocked the amygdala cells’ interactions with serotonin after trauma, the stressed animals did not develop PTSD symptoms, while blocking serotonin in unstressed animals after trauma had no effect.

Then earlier this year scientist from MIT and a team in Japan discovered how memories were formed simultaneously in the hippocampus and the cortex by watching how memories responded to an electric shock. In other words, one is for the present short-term and the second is for the long-term.

Scientists have also discovered that generations pass on memories to each other.

None of this is new, this is the overt or clear world scientists catching up with the black-budget scientists in bases like s4.

There was a series of CIA mind control programs including BLUEBIRD, ARTICHOKE, MKULTRA, MKSEARCH and MKNAOMI during the ’50s to ’90s. The CIA sought to blank-slate test subjects wiping memories through drugs, electric shock, high-pitched sound and other torture techniques.

Dr. Ewen Cameron was partially backed by the CIA during project MKULTRA and used electrodes to zap the memories from his unwitting patients’ brains during the 1950s. This method of torture was called “psychic driving.”

After horrendous electric shocks, drugs were given to the test subjects to put them into days of prolonged delirious sleep. Cameron would then subject them to audio tapes he made, in which he repeated certain phrases thousands of times, with the hope of producing new personalities within them.

A 2012 lawsuit filed by veterans’ groups, against the CIA and the DOD, refers to Cameron’s methods. The suit also states that two researchers, Dr. Louis West and Dr. Jose Delgado, working together under the early CIA MKULTRA subproject 95, utilized two protocols: brain implants (“stimoceivers”) and RHIC-EDOM (Radio Hypnotic Intracerebral Control-Electronic Dissolution of Memory) to program the minds of victims.

Translation: they sought to bury memories, and implant false memories that never happened.

The CIA ultimately found that stress and sleep deprivation can make people more susceptible to false memories as have other researchers.

Neuroscientists in France implanted false memories into the brains of sleeping mice in 2015. Using electrodes to directly stimulate and record the activity of nerve cells, they created artificial associative memories that persisted while the animals snoozed and then influenced their behavior when they finally woke up. MIT scientist also achieved the same result using mice in a similar experimentprior in 2013.

Meanwhile, Japanese researchers have developed a trick to implant false visions into people’s brains, altering the way they experience the world and potentially even the way they think.