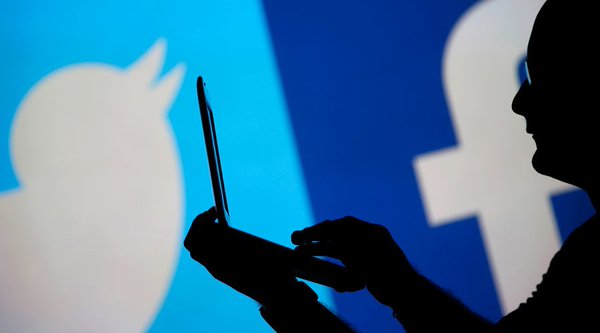 (Natural News) How do you go from a nerd who developed a popular social media website to master decider of the universe and the future of Humankind? Easy: You turn that social media site creation into a multi-billion dollar platform and presto, instant credibility.

To my knowledge, Facebook founder and Harvard dropout Mark Zuckerburg doesn’t have any advanced training or education in sociology and government. But because his social media site is the world’s biggest, he does have incalculable terabytes’ worth of personal data from 1.8-plus billion active users. And he obviously believes that qualifies him to plan the future of the planet.

In a piece from New York Magazine headlined, “Can Facebook Fix It’s Own Worst Bug?” Zuckerberg says he believes that the world needs a “global superstructure to advance humanity,” and that he feels qualified to help make that happen. And, of course, Facebook is the vehicle for that.

“Mark Zuckerberg now acknowledges the dangerous side of the social revolution he helped start,” writes author Farhad Manjoo. “But is the most powerful tool for connection in human history capable of adapting to the world it created?”

As reported by Breitbart News, Manjoo met with Zuckerberg to talk about his social media creation and the range of issues facing the company. During the conversation, Zuckerberg claimed there was a need to develop the social infrastructure necessary for humanity to “get to the next level.”

“There’s a social infrastructure that needs to get built for modern problems in order for humanity to get to the next level,” Zuckerberg said. “Having more people oriented not just toward short-term things but toward building the long-term social infrastructure that needs to get built across all these things in order to enable people to come together is going to be a really important thing over the next decades.”

What, exactly, does that gibberish mean? What kind of “social infrastructure?” Built across all of what “things?” Are people being prevented from ‘coming together’ now? And why is it “a really important thing” that must be done in the future? What is the goal, the end purpose? And of course, the big question, who controls this process?

Later, he talked about some abstract “global superstructure to advance humanity,” explaining that “we’re getting to a point where the biggest opportunities I think in the world … problems like preventing pandemics from spreading or ending terrorism, all these things, they require a level of coordinate and connection that I don’t think can only be solved by the current systems that we have.”

Manjoo says while Zuckerberg’s proclamations aren’t really anything revolutionary or controversial, it’s his unelected, non-governmental position as supreme commander of Facebook that makes what he is suggesting problematic and troubling.

“Zuckerberg is arguing for a kind of digital-era version of the global institution-building that the Western world engaged in after World War II,” Manjoo writes. “But because he is a chief executive and not an elected president, there is something frightening about his project.”

“He is positioning Facebook – and, considering that he commands absolute voting control of the company, he is positioning himself – as a critical enabler of the next generation of human society. A minor problem with his mission is that it drips with megalomania, albeit of a particularly sincere sort.”

Look, it’s nice that billionaires want to “help” humanity meet basic needs and overcome vexing problems. But far lesser mortals are doing this work every single day, on local and regional levels, through individual contributions and as members of existing organizations. Thinking that a social media platform can serve as some sort of global driver of societal change isn’t benevolent, it is the talk of a would-be dictator who seeks to use his power to reshape the world in his own vision, whether the world shares it or not.

Besides, Zuckerberg is a far-Left figure who has already bought into the authoritarianism and philosophy of the globalist elite, which has claimed some special status or right to decide the fate of all.

Think about it: Whoever creates the “global superstructure” that will guide humanity will want to control that superstructure. That’s not freedom and liberty, that’s tyranny.