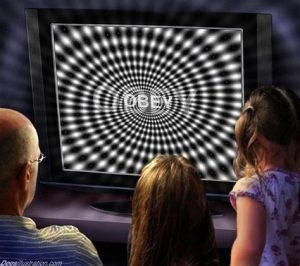 I have had wide and varied interests since a very young age and have loved learning all of my life.

Simply, I believe life should be lived as a great adventure of growth and learning in every way.

In science, my interests started in crystallography and minerals and progressed through the several branches of science into politics, philosophy, religion and all things esoteric.

What is Mind Control?

In the late 1980s, the most interesting research I began exploring was on mind effects or, more popularly, mind control.

My interest grew out of the misuses of the information released in the Church Committee hearings of the 1970s dealing with the CIA programs in this area.

At the same time, the positive possibilities for these new technologies were also exciting. Stimulating optimum human performance, accelerated learning, meditation, relaxation, and focus could all be improved.

In fact, even so-called altered states could be enhanced or even stimulated. The most fascinating possibilities, however, were even more startling.

The idea that perhaps we could stimulate what is now referred to in some literature as “anomalous human capability” or, in the past referred to as ESP or extrasensory perceptions, may be possible.

In fact, this may be the next evolution of humans on earth as many of us are acknowledging and science is proving.

Control of the Mind and Body

The first, beta waves, (13-35 Hertz or pulses per second) are associated with normal activity. The high end of this range is associated with stress or agitated states that can impair thinking and reasoning skills.

This state is often associated with young children, behavioral modification and sleep/dream states. The last, ultra slow, delta waves (.5-3 Hertz), are found when a person is in deep sleep.

The general rule is that the brain’s predominant wave frequency will be lowest, in terms of pulses per second, when relaxed, and highest when people are most alert or agitated. External stimulation of the brain by electromagnetic means can cause the brain to be entrained or locked into phase with an external signal generator.

Predominant brain waves can be driven or pushed into new frequency patterns by external stimulation.

In other words, the external signal driver or impulse generator entrains the brain, overriding the normal frequencies, and causing changes in the brain waves.

As you are driven, so you arrive – brain manipulation can be either beneficial or detrimental to the individual being impacted depending on the level of knowledge or the intentions of the person controlling the technology.

Is it Possible to Train Consciousness?

Consciousness training is also a big theme in cults, religious organizations, and others pursuing the “new age.”

Science has now gained a greater understanding of how the mind and brain work so that what used to take years, or even decades, to achieve, can now be mastered in weeks, days or even minutes.

For instance, in 1996 a method and apparatus for the use in achieving alpha and theta brainwave states and effecting positive emotional states in humans were developed.

Two years later another patent was issued which could create desired consciousness states:

In the training of an individual to replicate such states of consciousness without further audio stimulation, such states may be transferred from one human being to another through the imposition of one person’s EEG, superimposed on desired stereo signals and onto another individual, by inducement of a binaural beat phenomenon.

This is interesting in that it speaks to the ideas alluded to earlier by the military in changing the memory of a person by imposing computer-manipulated signals which would integrate with the normal memory of a person.

The possibility of abuse is obvious and the opportunity for personal advancement is also great.

Consider the possibility of gaining education by the transfer of data directly into the human brain by these new methods rather than the standard methods of learning.

A serious consideration in developing these types of memory transfer systems will be the fact that they bypass normal intellectual filters – they are deposited into the brain as fact, without question or careful consideration.

What happens when new information conflicts with existing information? Would it be possible to include hidden information meant to unduly influence things like religious beliefs, politics or consumption of goods and services or politics?

The possibilities are immense and the ethical and moral questions surrounding these matters equally large. We can no longer avoid the debate; in fact, the debate is lagging far behind the scientific advancements.

In the interim, there are some simple things we could all do to enhance our own, or our children’s, learning capacity by applying simple and available knowledge.

For instance: “researchers at the Center for the Neurobiology of Learning and Memory at University of California, Irvine, have determined that 10 minutes of listening to a Mozart piano sonata raised the measurable IQ of college students by up to nine points.”

This is a simple thing of great use to anyone seeking self- improvement as an example.

There are several articles and materials that speak to the various ways that these technologies can be applied and used beyond the scope of this article. Let’s get to the media applications.

The Use of Media Radio, TV, the Internet, the power grid, cell systems or any other electromagnetic carrier can be used to carry a signal that will influence the behaviors of most people in close proximity to the signal.

What such signals can do is cause a person, for instance, to drop into a light altered state. Like when people come home from work, sit in front of the TV and watch the nightly news feed.

Within a few moments someone begins saying to you, “honey, dinners ready”.

They hear nothing… they are no longer watching the “programming;” they are being programmed with the latest values, beliefs, and ideas being pressed into the consciousness of most people through media.

By oscillating a signal in a certain way, emotional states can easily be reformed so that the reaction to the advertising, political propaganda or “news” is as predicted by those generating it across the broad population as intended by them.

In other words, it is about control and manipulation.

It is really very simple. People in psychology understand the Frequency Following Response (FFR). When applied to advertise or any other media, it is incredibly compelling.

Much more can be done with this technology in terms of the information density that can be sent in on such carriers.

The objective of many military planners is to be able to even transfer thought and memory sets.

These kinds of technology when applied to media particularly when coupled with mass surveillance of the population this allows those in control of such technologies to have profound effects on a highly individualized basis.

The predictability of behavior for the target of the technology is so refined that is better at predicting an individual’s future behavior they could about themselves. Think about this for a moment.

Perpetual Worry as a Means of Imprisonment

Yet the simplest mechanism for inhibiting higher mind functions, peak performance, and anomalous human capabilities is to just keep people in a constant state of worry, agitation, and fear.

In these states, it is not possible to reach a higher state of awareness. These emotional states do not allow the brain to operate in a manner that will allow this possibility.

Fear is the adversary and is at the root of the misuses of these technologies.

The government fears an enlightened population where the light of truth shines within its darkest corners.

An awakened population cannot be resisted by structures based on fear.

The Next Evolution of Humankind

After 40 years of research in the open literature and opportunities to meet and spend the time needed with the best bio-physicists in the world has allowed me insight into this area.

During my time with the Lay Institute in Dallas, I put together a private conference on mind effects with some of the best people in the world.

The surprise was not a story about controlling people and manipulating populations, although everyone agreed this was the case in the 21st century in so many ways.

The biggest insight had to do with the next evolution of humankind.

Voiced first by the late sister, Dr. Rosalie Bertell, in her presentation about her belief that in what man was trying to create in electronics were already latent in every person waiting to be awakened.

The theme was repeated in every presentation that explored the possibilities of reclaiming our birthright in terms of what we are as human beings and the endless possibilities that occur when we begin to recognize ourselves.

As we evolve and grow within the framework of this reality we also are beginning to recognize in the science of consciousness and what we know… we are more than we think, and we are beyond what we know.

Together we change the world by fearlessly knowing that we each have all that we need to engage the world and are not alone in it.

Our humanity is in fact our very salvation if we can recognize and alter our awareness.

You can become a member of the Gaia community and have access to their exclusive library of original series, films & documentaries.