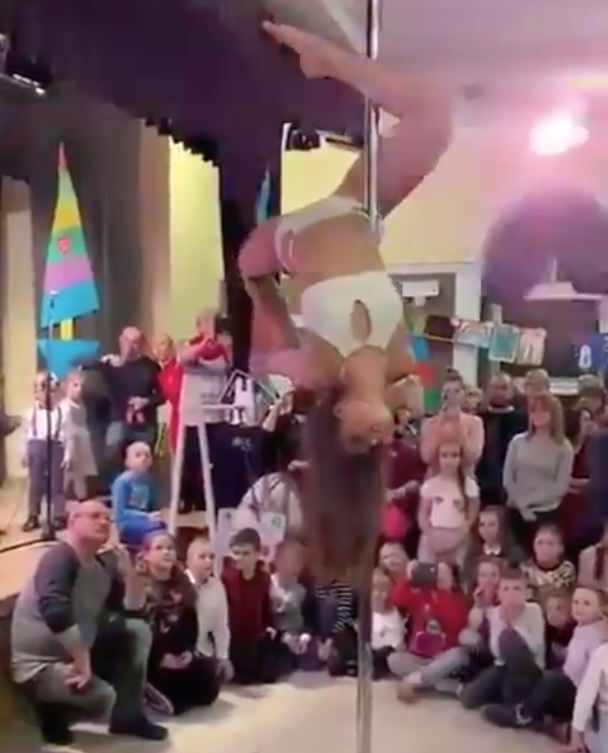 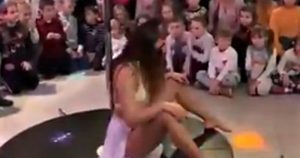 A disturbing video has gone viral on social media as a stripper performs a pole dance in front of elementary school-age children and parents.

The video, reportedly from Poland, was poorly received on social media by various accounts voicing their disgust at the event.

In a time where drag queen story hour have taken many schools around the Western world by storm, being subject of much controversy as various shocking scenes have emerged.

1,973 people are talking about this

The comments varied, with some tweeters joking about the clip.

One sarcastically remarked: “VERY DISTURBING; NO ONE IS STANDING 6 FT APART AND NO ONE IS WEARING A MASK.”

Another asked: “Why are these sort of things becoming normalized? Absolutely disgusting.”

The performer’s gender was conjectured. A third tweeter wrote: “Hey, at least it’s a real woman this time. Progress!”

But some people wished they were treated to similar performances when they were younger.

Aside from the recent trend involving drag queen story hour, other schools around the world have also welcomed strippers to perform on their grounds for their underage pupils.

A UK school reportedly hosted a male stripper to perform for their teenage girls.

A UK council took sex ed one step further with a controversial website that cataloged fetishes and extreme sexual acts in a sex dictionary as a usable resource for young students.

Chinese schools invited strippers to perform for kindergarteners. The performance was dubbed “inappropriate” by the equivalent school district.