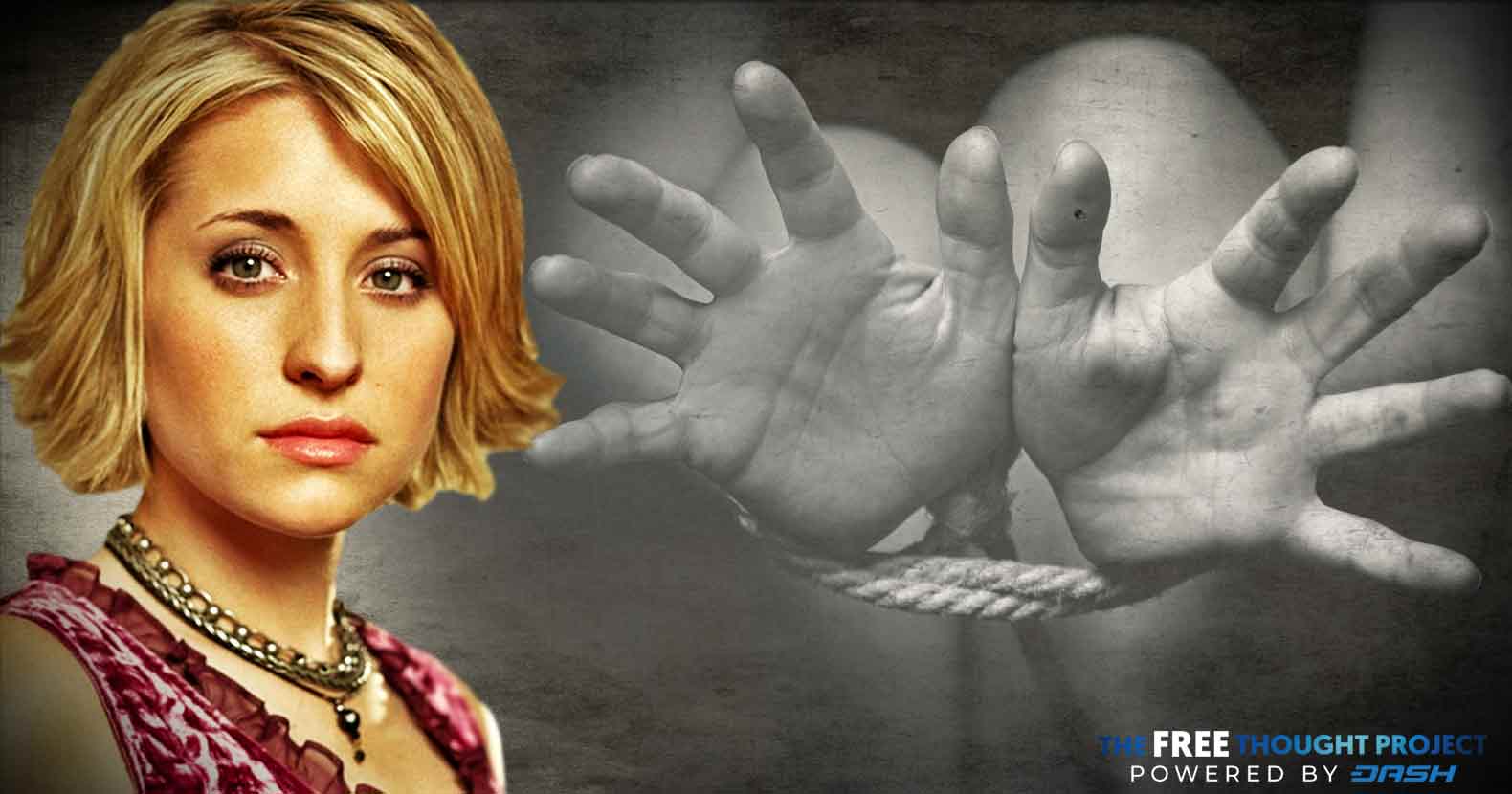 John Vibes–As more details emerge in the case of the elite Hollywood sex cult NXIVM, it seems that the story goes even deeper than was first reported. There is growing evidence that this alleged self-help group was just a front for a human trafficking ring. It has also been revealed that this group has close ties with high-power ruling class families, including the Rothschilds, Clintons, and Bronfmans.

According to the charges, Smallville actress Allison Mack was a member of the cult and worked in a management position. As second-in-command, it was her job to lure women into the programs under the pretense of female empowerment and self-help workshops, to then convince them to sign up for a more “advanced program” called Dominus Obsequious Sororium, which required these women to basically turn the lives over to cult leader Keith Raniere. Dominus Obsequious Sororium is a quasi-Latin phrase that roughly translates to “Master Over the Slave Women.”

When women joined Raniere’s inner circle, they were forced to sign over their finances to him, starve themselves to maintain a certain weight, and he even had them surgically branded with his initials. Raniere would use blackmail to keep the women from speaking out, by collecting nude photos and damaging evidence on family members.

“As alleged in the indictment, Allison Mack recruited women to join what was purported to be a female mentorship group that was, in fact, created and led by Keith Raniere. The victims were then exploited, both sexually and for their labor, to the defendants’ benefit,” U.S. Attorney Richard P. Donoghue said in a statement.

The cult was finally exposed when the daughter of former Dynasty actress Catherine Oxenberg became a member. Oxenberg told the New York Times that she became concerned after she saw that her 26-year-old daughter India was extremely emaciated from dieting, and was suffering from serious health problems.

When these accusations hit the news, other women, including actress Sarah Edmondson, came forward to all to tell the same story, of the blackmail, the branding, as well as the forced labor and forced sexual activity.

Raniere is also accused of having a history of pedophilia, with accusations that stretch back over 20 years, involving girls as young as 12.

In 2012, several women were interviewed by the Albany Times Union about the coercive sexual experiences that they had with Raniere when they were young girls. One of the women in the case was found dead of a gunshot wound before she was able to give the interview. Her death was ruled a suicide.

The U.S. attorney’s office requested to have Raniere held without bail in a letter to the court stating that he was a known child predator.

Although this extremely important detail is being left out of most mainstream reports, one of the main charges in the criminal indictment against Raniere and Mack is sex trafficking of children.

Another important aspect of this case that has been largely overlooked, is the connections that this organization has to high-level figures in politics and finance. The organization worked much like a pyramid scheme, collecting regular fees from its members. But the majority of the funding, over $150 million, came from the trust funds of Seagram heiresses, Sara and Clare Bronfman.

Their involvement with Raniere began in 2002 and has been very public and controversial, with other members of the Bronfman family distancing themselves from the sisters in the press. The Bronfman family has very close ties to the Rothschild banking dynasty, with members of both families belonging to many of the same companies, including their joint financial firm, Bronfman & Rothschild.

Additionally, at least three high-ranking members of the organization, including Nancy Salzman and the Bronfman sisters, are members of Bill Clinton’s foundation, the Clinton Global Initiative, which requires an annual $15,000 membership fee.

Now that Raniere is in jail and Mack is on bail and ordered not to have any contact with other cult members, Clare Bronfman has taken on the role of leader within the organization.

In response to the recent controversy surrounding NXIVM, Bronfman made a statement on her website denying the accusations against Raniere. She praised Raniere and the NXIVM programs, insisting that she is doing work that is truly helping people, and that no one has ever been coerced as a part of their workshops.

Frank Parlato, a former NXIVM publicist-turned-whistleblower told the New York Post that Bronfman is among the harshest leaders in the organization.

“She’s the enforcer—the brutal one. Clare’s running the [operation] now, and she’s the most ruthless of them. I’m issuing an absolute warning now. Clare Bronfman is a true fanatic, and if there’s a Jim Jones situation, everyone will commit suicide but her.” Parlato said.

Of Allison Mack, Parlato said that she was a troubled woman, who was both a victim and an abuser.

“Mack was both a victim and a victimizer. She was both a mastermind and Raniere’s useful idiot. She started as a slave and she became a slave master. Her nickname among defectors is ‘Pimp Mack,‘” Parlato said.

Below you can see the full charges against Mack and Raniere: