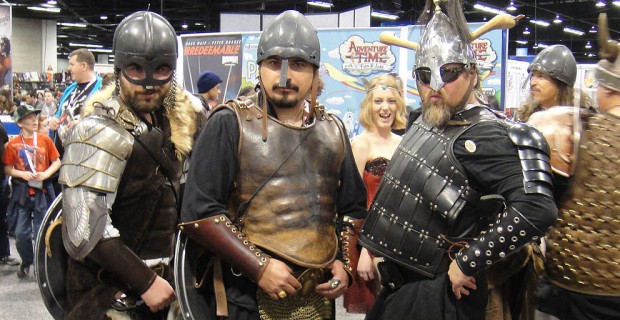 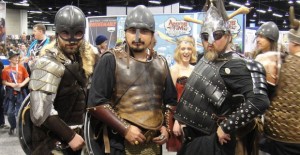 If you thought you could get through a whole day without joyless social justice warriors declaring another set of random things to be racist, then think again.

According to a new study from Leeds Beckett University, Thor, heavy metal music and dressing up as a Viking are all racist because they reinforce oppression towards “ethnic minorities”.

Despite the fact that progressives have spent the last month lecturing everyone about how dressing up in “ethnic” costumes for Halloween represents a hateful act of cultural appropriation, we now learn that dressing up as a stereotypically white cultural figure is also racially insensitive.

According to Professor Karl Spracklen, “Folk metal’s obsession with warriors and cultural purity, displayed through tales of Vikings and dressing up as Vikings on stage, reduces belonging and identity in a muti-cultural, cosmopolitan society to a few exclusive myths. It is showing white men how to be white men and showing women and ethnic minorities their place in European society.”

Dressing up as an ethnic stereotype = racist.

Dressing up as a white stereotype = racist.

Actor Chris Hemsworth may also now be out of a job given that all portrayals of Thor have also been officially designated as racist by Professor Spracklen.

“The bands in the research are all trying to identify with some reputed folk culture that existed before modern times – a culture of pure white people, mono-cultural and mono-racial. In some bands, there is an explicitly racist purpose for their adoption of Thor’s hammers, Viking imagery and heroic pagan myths,” said Spracklen.

According to the esteemed professor, folk metal is also a toxic expression of white privilege which, “preserves an old-fashioned power structure where white, male Europeans are superior.”

“Folk metal serves as a comfortable leisure space for those that have lost power in recent decades: the white European, working class men who have faced challenges to their assumed privileges from women, globalisation, immigration and postmodernity. However, at the same time it should not be easily dismissed in this way, and I believe it remains central to the idea of heavy metal as a form of leisure that makes masculinity and whiteness the norm.”

So in other words, if you like folk metal you are merely compensating for your loss of white privilege, while also contributing to the continued domination of white privilege. Oh, and “masculinity” and being white are also bad.

Basically, any symbol or representation of anything that represents white culture or heritage, whether based in historical reality or mythological lore is racist and oppresses ethnic minorities.

You have been warned.