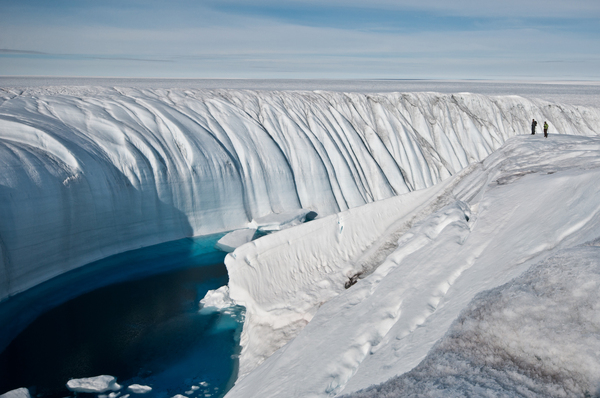 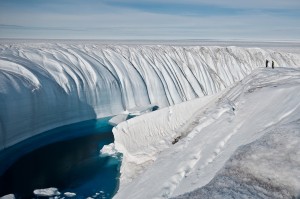 A new NASA study found that Antarctica has been adding more ice than it’s been losing, challenging other research, including that of the UN’s Intergovernmental Panel on Climate Change, that concludes that Earth’s southern continent is losing land ice overall.

In a paper published in the Journal of Glaciology on Friday, researchers from NASA’s Goddard Space Flight Center, the University of Maryland in College Park, and the engineering firm Sigma Space Corporation offer a new analysis of satellite data that show a net gain of 112 billion tons of ice a year from 1992 to 2001 in the Antarctic ice sheet.

Climate scientists caution that these findings don’t mean it’s time to start celebrating the end of global warming. More than anything, the paper shows how difficult it is to measure ice height in Antarctica and that better tools are needed.

It could take only a few decades for the ice melt in Antarctica to outweigh the ice gains, the paper’s authors say.

“I don’t think there will be enough snowfall increase to offset these losses,” Jay Zwally, NASA glaciologist and lead author of the study, said in a press release.

For now, the study authors say, these findings challenge current explanations for sea level rise, much of which is attributed to melting ice sheets in Greenland and Antarctica.

“The good news is that Antarctica is not currently contributing to sea level rise, but is taking 0.23 millimeters per year away,” said Dr. Zwally.

“But this is also bad news,” he added. “If the 0.27 millimeters per year of sea level rise attributed to Antarctica in the IPCC report is not really coming from Antarctica, there must be some other contribution to sea level rise that is not accounted for.”

The paper calls attention to how difficult it is for scientists to measure small changes in ice height, particularly in East Antarctica, the largest part of the polar continent and the one that showed discrepancies with previous measurements.

“We’re essentially in agreement with other studies that show an increase in ice discharge,” in other parts of the continent, Zwally said.

“Our main disagreement is for East Antarctica and the interior of West Antarctica; there, we see an ice gain that exceeds the losses in the other areas,” he explained in a NASA announcement.

The scientists calculated this gain by looking at the height of the Antarctic ice sheet as measured by radar instruments on two European Space Agency satellites from 1992 to 2001, and by laser sensors on a NASA satellite from 2003 to 2008.

NASA explains that this has been possible because at the end of the last Ice Age about 10,000 years ago, warming air carried more moisture across the continent, doubling the amount of snowfall that has been accumulating and compacting it into solid ice.

The agency is developing new tools – due to launch in 2018 – that will help more accurately measure long-term ice changes in Antarctica.

“ICESat-2 will measure changes in the ice sheet within the thickness of a No. 2 pencil,” said Tom Neumann, a glaciologist at NASA.

One thought on “Antarctica is actually gaining ice, says NASA. Is global warming over?”