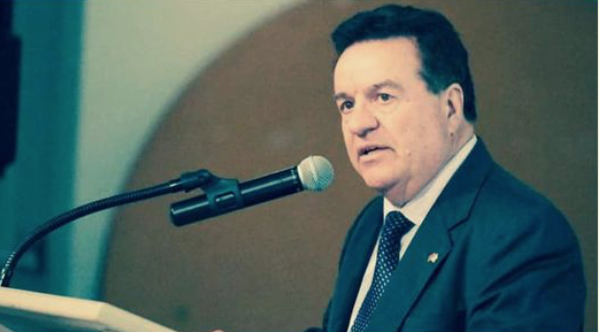 An Australian MP has called for people who refuse to take the vaccine to be prohibited from returning to their job and banned from public places.

The Independent reports: “Upper House politician Frank Pangallo from the SA-Best party, has demanded that vaccination be made mandatory for workplaces, travel and when visiting public or hospitality venues.”

According to Adelaide Now, Pangallo said unvaccinated citizens must have their movements controlled and restricted in an effort to combat the ever-evolving virus.

“While people might still have a choice whether or not to get vaccinated, what they can do in the community will need to be controlled and restricted,” Pangallo said.

“I understand people will think this is a rather drastic and draconian step, but this pandemic continues to evolve in ways and waves nobody can predict.

“There would need to be a requirement incorporated with QR code information that if you want to travel on public transport, airlines, enter venues, shopping malls, restaurants, and cafes, you will need to show you have been vaccinated.

“It might also have to apply for the workplaces,” he added.

Earlier this month, in what was described as potentially “one of the largest petitions in parliamentary history,” over 300,000 Australians called on the House of Representatives to ban mandatory vaccinations in Australia.

A second petition to the House, which closes tonight, calls for a ban on Vaccine Passports and has so far gathered close to 66,000 supporters.

Pangallo’s calls follow France’s decision to mandate vaccines for all who wish to participate in public life, along with the UK’s decision to implement vaccination passports for crowded venues and nightclubs.