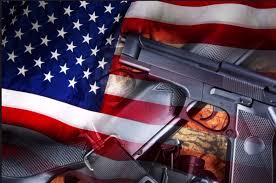 —In case anyone doesn’t get the point, multiple shooters in Las Vegas would imply much planning and coordination for a given political purpose. Not a crazy lone act of a crazy man. The whole scene would change in an instant. Everything the public knows would be wrong.

In a minute, I’ll get to an expert report about the now-famous taxi cab video, which contains much audio of shots fired at the Mandalay Hotel. The driver was parked at the hotel when the shooting began and stayed there for several minutes. But first, I want to describe the standard progression in false flags.

In several articles, I’ve established enough probability of multiple shooters, in the Vegas-concert attack, to warrant a serious and honest investigation by law-enforcement.

But of course, that’s not happening.

There is a standard sequence that is usually followed in these events.

As soon as the attacks occur, reports begin coming in from the press. There is conflicting information. There were multiple shooters—no, there was just one shooter. The purported Sandy Hook shooter, Adam Lanza? His father was killed in New Jersey—no, his mother was killed in Connecticut.

There was a lone shooter. Period. In the majority of cases, he is dead. Shot by police, or he committed suicide. So he can’t speak.

Even when the shooter is arrested, we almost never hear from him again. He never makes a complete public statement. If there is a trial, he doesn’t testify.

You can bet your bottom dollar James Holmes, the purported Colorado theater shooter, would have had some very interesting comments to make, if he could have spoken freely. But no, he was hustled away to a psych ward, and that was that.

At law enforcement press conferences, the party line is emphasized: there was just one shooter, we know who he is, and he is dead (or in custody). Of course, the police or FBI spokespeople claim they are still investigating.

They throw that bone to the press and public: they’re on the case doing their jobs. In Vegas, we are told the police are carrying out a thorough inquiry, in order to understand Stephen Braddock’s motive for killing and maiming concert goers. No stone will be left unturned.

Now the press turns to the victim stories, with a few hero stories thrown in for good measure. Human interest. At the same time, we hear calls for unity and coming together. No one is sure what that means, but it doesn’t matter. It sounds right.

At this point, political leaders launch their agendas. There is usually a demand for new gun control legislation, for example. The leaders know, of course, that the weapon the supposed lone shooter used was already illegal and banned; or if not, criminals and terrorists are able to secure those weapons, regardless of any law. Only private law-abiding citizens, who see guns as a form of self-defense, would be stripped of that protection.

Until the last year or so of attacks in the US, there was a fictitious grieving period announced by the press. Candlelight vigils were played up. There were many photos of flowers and messages placed at the site of the crime. Now, apparently, the formal grieving is thought to be less important. The press needs a new story about another subject. The pace is faster.

One addition: If the government and the press see there may be a problem convincing the public that the official narrative is factual, the networks will send their national TV news anchors to the scene of the crime, as the story breaks, to cement the party line. The prestige of these anchors keeps viewers in their usual state of light trance and acceptance.

Now, here is a report about the taxi-cab video taken by a driver at the Mandalay Hotel. This analysis of the audio of gunfire certainly indicates the use of multiple weapons.

It doesn’t absolutely rule out the possibility of one man using those weapons, but it suggests there was more than one shooter—and any honest law-enforcement agency would consider this analysis important, and would pursue a relentless investigation based on that premise. To do otherwise would be a dereliction of duty.

“…at the very beginning, before the cabby changed locations, you hear an initial 5 round burst that is very loud. Right after it stops, within a second, you hear the exact same staccato burst but from much farther away – like a mirror image. Other than being surprised at how loud the initial burst was, I think for sure that the second distance burst was an echo of the first and bouncing back off another building.”

“But, right at 1:08, listen to the ‘timing’ of the burst there. There is a ‘lone’ opening pop before the firing breaks into a rhythm of a short 7 round burst. Then .5 sec pause and then you hear the same pattern from a distance. I believe this is an echo. Then, following, you hear that same delayed lead off shot but this time followed by a longer sustained burst of about 50 rounds (I believe this to be from a drum magazine, obviously not a 30 round mag). After it stops, you continue to hear the distant echo bounce back for about another 2 seconds. In other words, there is about a 2 second delay to the echo. That would simply mean that it was bouncing off a building about 565 feet away (1 second to get to the building and 1 second to bounce back). Speed of sound is about 1125 feet per second.”

“Also, listen to the ‘rhythm’ of the fire at 3:38. Starts off with that same delayed first shot, but then continues in a varying ‘up and down’ speed sort of like someone turning the crank handle on an old Gatling gun. For SURE, this is not an original full automatic weapon!!! They don’t sound like this and the firing might start and stop, but while it [is] firing the rate of fire is constant! Dead giveaway that it was some sort of ‘jimmy rigged’ weapon like with a bump fire device. There was at one time a device made that attached inside the trigger guard and literally had a crank on it so that by turning the crank each revolution of the crank would fire 2 or 3 rounds. It sounds exactly like something like this to me!”

“The auto firing could have been nothing more than mostly a ‘smokescreen’ distraction for the real shooter who was set up like I described above. That how I would be if I was surrounded by ISIS guys and didn’t want to give away my position. I’d love to know the coroner’s report on the caliber of bullets that hit the people versus the empty cartridges found in the hotel room – IF we can even believe THAT! I’m at the point now of only believing something I can SEE with my own eyes, or something that makes sense to me when I first hear it.”

“So, my thoughts are that if this was a setup false flag and there was a second shooter, that shooter would be firing a semi-auto silenced weapon from a highly camouflaged firing position and you would have never heard him. Whether or not they had their ‘shit together’ enough to have both the automatic distracting fire and the real deadly fire be matching calibers, I don’t know. But, quite frankly, this day in time, why would they need this when they can fake just about anything and no one really knows. There are no real journalists left in mainstream media as we already clearly know. They are just talking pundits.”

Unless that is not the goal.

The police in Vegas have already said there was just one shooter. They don’t explain how they came to that conclusion. They never do.

At their recent press conference, there was another huge omission. They didn’t name the weapon the purported shooter was using. Many people (but not the mainstream reporters) want to know.

With audio of gunfire at hand, there would be analysis contradicting the one-weapon theory.

The police spokesman did, in fact, mention people who are saying there were multiple shooters. He was quick to deny such “chatter.” On what basis?

The police are in charge. They do the investigation. They decide. They’re the professionals. Private citizens and independent reporters are mere distractions.

He mouthed the worn-out “let us do our job.”

No one is stopping the police from doing their job. It’s the quality and honesty of the job we’re doubting.

One thought on “Multiple shooters in Vegas: the standard progression in staged attacks”