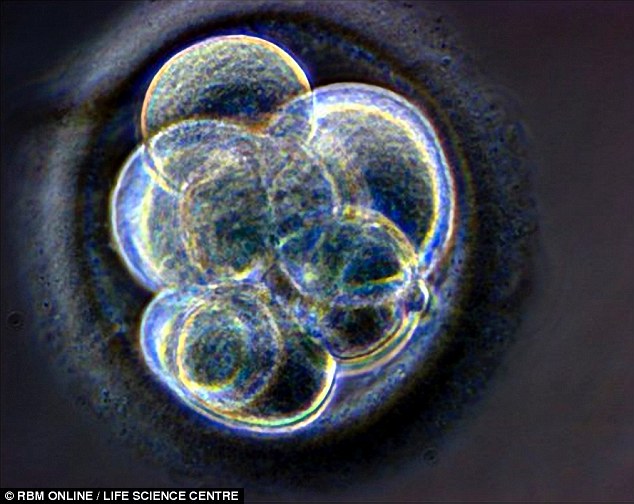 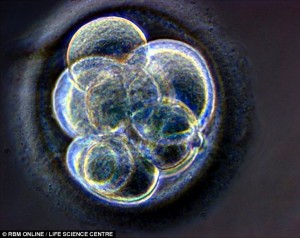 Scientific advances will soon allow children to have any number of parents, legal experts warn.

The arrival of ‘multiplex parenting’ is a ‘mere matter of time’ as the techniques have been shown to work on mice, according to a study.

In theory, any number of parents from three upwards – of either sex – could contribute DNA to create a baby.

Sonia Suter, a law professor at George Washington University, has explored the issues raised by the technique, called in vitro gametogenesis (IVG).

She suggests babies could be used to create ‘clans’ of large numbers of people, linked through their shared offspring.

The method would also enable the creation of ‘solo’ children from one parent – as well as hope for infertile adults who would not need a donor egg or sperm.

Professor Suter said that while technical challenges remain, IVG ‘potentially allows for methods of procreation that have never been possible before’.

‘IVG could facilitate multiplex parenting, where groups of more than two individuals – whether all male, all female, or a combination – procreate together, producing children who are the genetic progeny of them all,’ she said.

Writing in the Journal of Law and the Biosciences, the professor added: ‘Procreation in this manner troubles many people because of its significant divergence from our understanding of reproduction as something that occurs between two people.’

She said multiplex parents could theoretically lead to a ‘positive outcome’ for a child as ‘the more adults who feel responsible for the child’s wellbeing, the better off the child is likely to be’. But she said confusion and conflict might arise about the roles of the many parents.

The more biological parents there are, the smaller each one’s genetic link to the child. A youngster with two parents, for instance, gets 50 per cent of its genetic material from each. So a child created by four people using IVG would get 25 per cent of its DNA from each person – equivalent to the genetic share of a conventional baby’s grandparents.

She added: ‘Thirty-two adults simply cannot all have the kind of intimate relationship that is central to social parenting … as the number of intended parents increases, the social connections inevitably thin and intimacy diminishes, making multiplex reproduction more like the creation of clans.’

IVG would also allow infertile couples and same-sex couples ‘to reproduce in a manner similar to fertile straight couples’. On ‘solo’ babies, the professor said: ‘We might worry that only egoism and selfishness would motivate a single person to reproduce with just his or her gametes’.