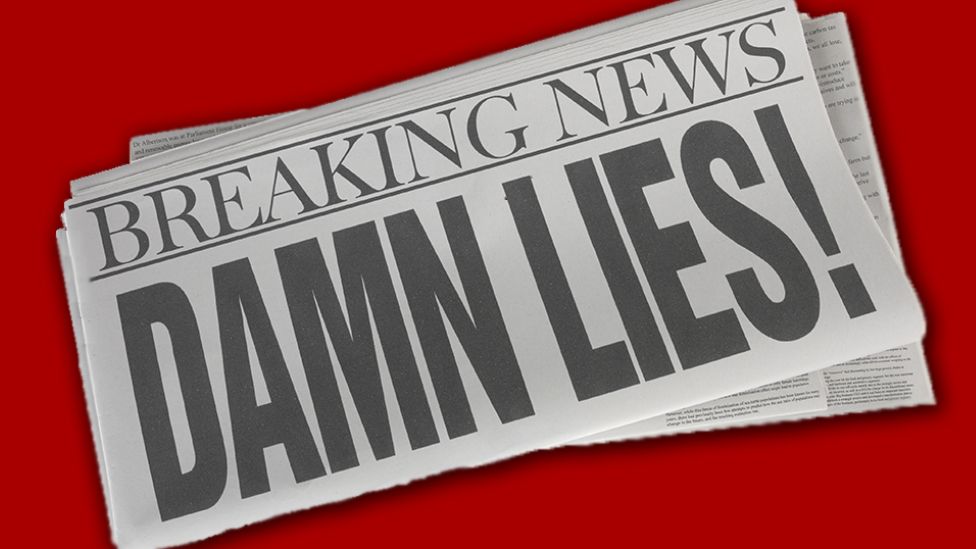 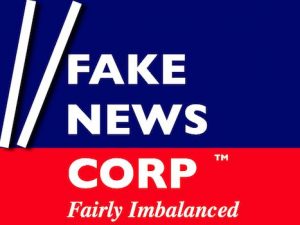 Murdoch and its unthinking “echo chamber” in MSM caught in clumsy con trick to conceal the Coalition’s disastrous real news with “fake news” about Labor’s handling of the GFC. Alan Austin reports.

THE MURDOCH media gleefully reported a so-called “research” paper yesterday, which enabled it to resume its attacks against the Rudd Government’s response to the global financial crisis (GFC).

It began with a “news” story by Simon Bensonin The Australian which claimed a ‘damning Treasury-commissioned independent review of the former Labor government’s unprecedented spending response to the global financial crisis’ was to be published.

It is found here as one of a

‘… series of papers written by either current Treasury staff or external experts … The views expressed in this paper are those of the author and do not necessarily represent those of the Australian Treasury.’

Those who have followed the malicious attacks against Labor’s extraordinarily successful responseto the GFC will be familiar with the author, Tony Makin. And also with rebuttals of his earlier attacks. That did not stop the media leaping on the “story” with enthusiasm. At last! Something to distract from the spate of shocking news about the deteriorating economy — notably negative GDP growth, the trade deficit blow-out, worsening unemployment and the looming recession.

The story was picked up by the Australian Financial Review, the New Daily and others — most with stress on Labor’s incompetence.

‘The ALP spending binge during the GFC has wrecked our economy and is the PRIME reason we are in the predicament we are in at the present moment. That is not just my opinion any more. IT IS NOW THE OFFICIAL TREASURY VIEW’.

It was easily dismissed rubbish in 2014https://www.treasury.gov.au/PublicationsAndMedia/Newsroom/Articles/2014/Response-to-Minerals-Council-of-Australia-Monograph … and hasn’t improved. Desperate days for a desperate PM https://twitter.com/PhillipCoorey/status/806978645768028160 …

Benson claims this is ‘the first economic study of its kind into government fiscal stimulus policy.’

Absolute nonsense. The paper is a rehash of Makin’s 2014 paper, but with one intriguing twist. That tawdry treatise blamed the deficits and debt during Labor’s period on Rudd’s stimulus decisions. This update also blames the rapid deterioration of the economy under the Coalition on Rudd’s 2008 decisions.

Other researchers have produced much better studies, including Tony McDonald and SteveMorling, the IMF, the OECD, and other international agencies.

Tony Makin is associated with the Liberal Party-aligned Institute of Public Affairs (IPA) and a regularcontributor to Murdoch publications. His 2014 paper was debunked (see ‘Key Points’ below) by then Treasury Secretary Martin Parkinson (now Secretary of the Department of the Prime Minister and Cabinet), whose comments serve to do so again.

Parkinson asserts that Makin’s criticisms of the fiscal stimulus are:

‘… based on a theoretical model that does not apply in Australia’s case in general and assumptions that did not hold during the global financial crisis.’ 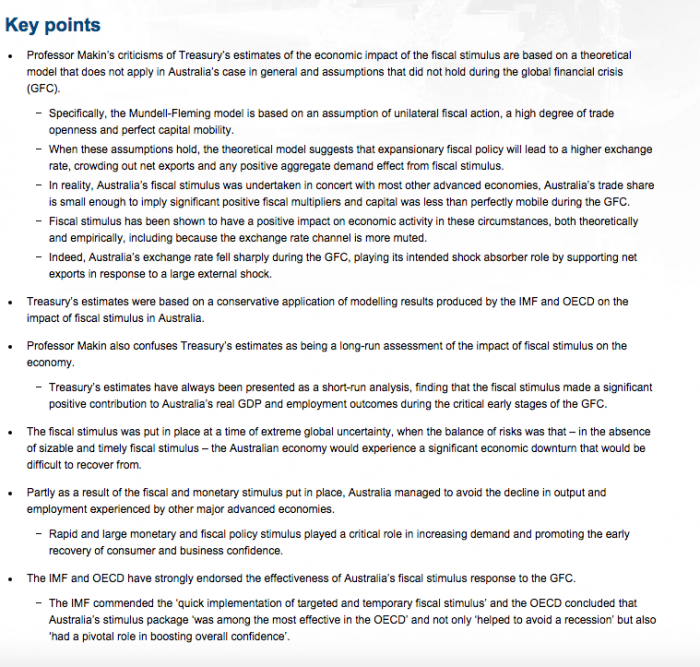 Above: Treasury debunks Makin’s analysis on the Treasury’s website.(Click on image to go to site).

The Treasury rejects Makin’s analysis and emphatically affirms that:

‘Rapid and large monetary and fiscal policy stimulus played a critical role in increasing effective demand and promoting the early recovery of consumer and business confidence in Australia.’ 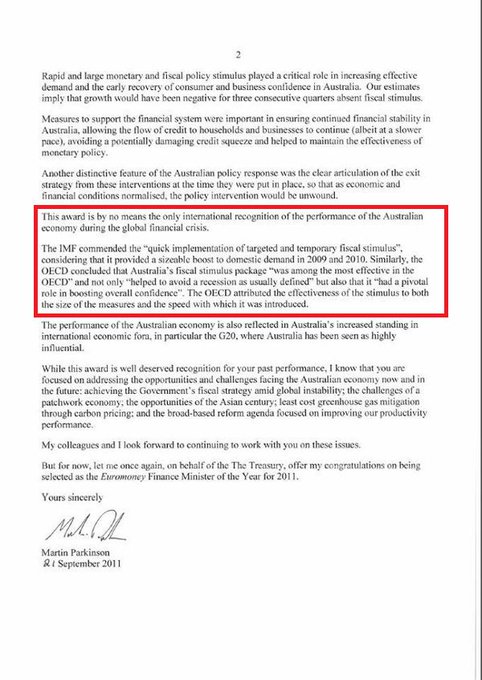 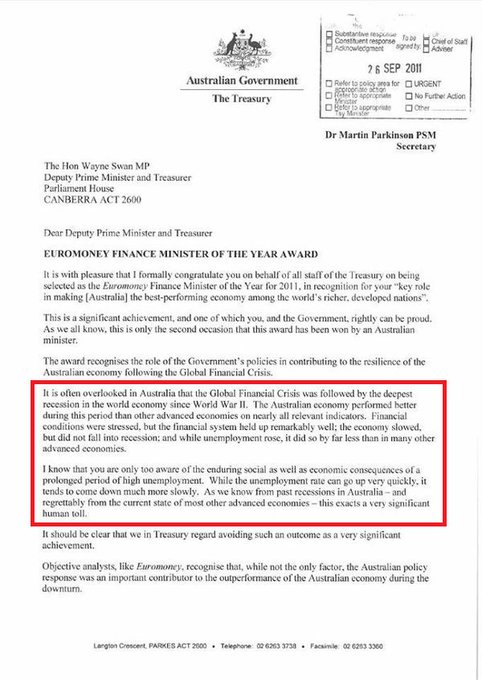 The myth of fastest debt

Benson and Makin regurgitate the Liberal Party and IPA talking point that the stimulus spending‘saddled the nation with the ­fastest-growing public debt in the world’.

Why such blatant porkies? Perhaps they think no-one will check. Significantly, all those countries are now steadily reducing their gross debt, while Australia’s is relentlessly expanding.

The myth of unproductive assets

Benson asserts that Makin ‘says the stimulus was “misconceived’, with an emphasis on transfer payments and ‘unproductive expenditure such as school halls and pink batts’.

Pure nonsense. As audits have proven, 99% of school and community buildings are in highly productive use and will continue so for another 100 years. 99% of the insulation is still saving energy costs and will do so for up to 150 years. All the other productive assets built – roads, rail, ports, defence housing, national parks, sports facilities and other assets – are still there and nearly all are either earning money or saving money.

The main outcome, of course, was that the stimulus spending built the best-performed economy the world had ever seen.

The myth of competitiveness

‘Makin argues that the stimulus rolled out … from late 2008 ultimately damaged the country’s competitiveness.’

What you set up when you don’t like the advice your Treasury dept is giving you , I guess…

‘… tax relief and/or supply side reform, as occurred, for instance, in New Zealand, where marginal income tax rates were reduced, infrastructure was improved and the regulatory burden on business was lowered.’

There was indeed a stark difference between responses across the Tasman. In 2009, Australia’s Opposition – led by Malcolm Turnbull at the time – opposed the second stimulus and urged New Zealand’s supply side response.

We can now see the outcomes there:

Those are the bullets Australia dodged when the Senate backed Rudd instead of Turnbull in 2009. Bizarrely, Makin seems unaware of this.

As a positive footnote, it appears former Treasurer Wayne Swan has responded to Makin and Benson, tweeting that it is indeed “fake news”. This has been picked up by news.com, 9news, SBSand the Courier-Mail. The Sydney Morning Herald has also run a critical piece.

The Australian has not reported Swan’s tweet, but did run a response from shadow treasurer Chris Bowen. That follow-up also repeated many of the falsehoods in the original.

The battle for real news over fake news will be a long and arduous one, it seems.

To get the real facts on how Labor dealt with the GFC, read Alan Austin’s three parter here,here and here.

This work is licensed under a Creative Commons Attribution-NonCommercial-NoDerivs 3.0 Australia License

Keep up to date on Coalition spin. Subscribe to IA for just $5. 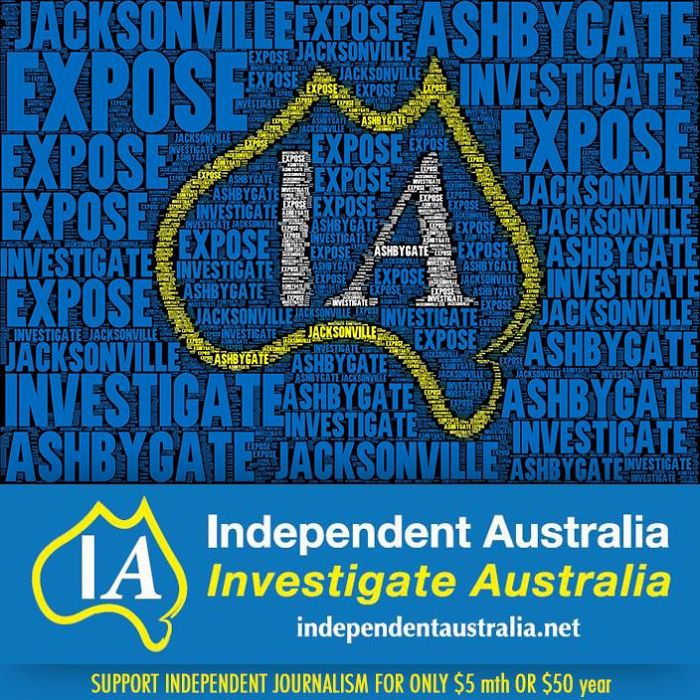