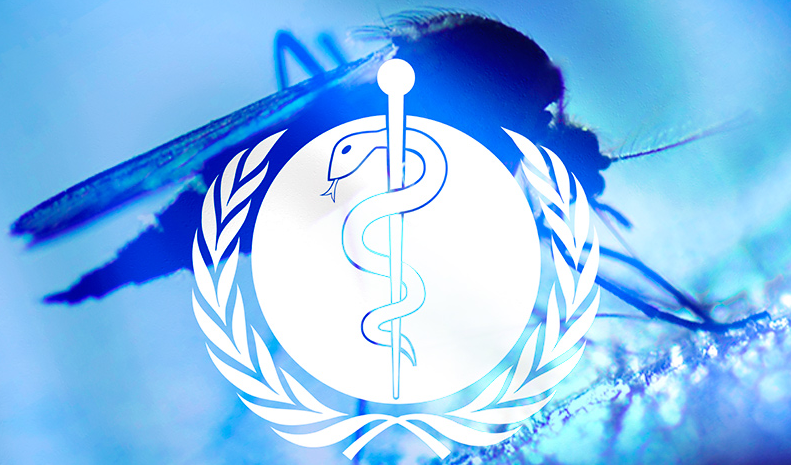 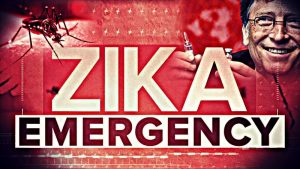 Back in the mid-1940s, the U.S. government undertook a mass fumigation campaign using the highly toxic organochloride pesticide DDT (dichlorodiphenyltrichloroethane). The aim was to wipe out mosquitoes believed to be spreading polio. In a Universal Newsreel (produced by Universal City Studios) from 1946 showing mass DDT spraying in San Antonio, TX,1 the narrator can be heard saying:

With a possibility of a grave infantile paralysis epidemic, San Antonio health authorities attack germ carriers on a citywide front. With war-discovered DDT and special sprayers, sections of the city are literally fogged with the insecticide in the fight to stop the spread of polio. Every suspected spot is sprayed. The drastic cleanup is ordered as polio and alive diseases show alarming increase. Even streams come in for disinfecting, and in the parks precautions are taken to prevent gatherings of youngsters. Literally tons of DDT are used on this dread disease that attacks our young. Again, war, destructive in parables, contributes one of its discoveries to save life.1

In another Universal Newsreel, narrated by Albert Grobe, you can see a North American B-25 Mitchell bomber aircraft loading up with DDT and then flying over Rockford, IL on August 27, 1945 releasing the toxic chemical.2 The narrator can be heard saying:

Today’s target for this B-25 is Rockford, Illinois—a peacetime mission to spread 500 gallons of DDT, the Army’s miracle insecticide over the city, stricken with an infantile paralysis epidemic. By spraying the city, authorities will test the theory that insects are carriers of the dread germ. Air Force pictures show the method devised by the Army’s branch of preventive medicine. Flying at an average altitude of 150 feet, the plane sprays a strip more than 150 yards wide at the rate of 215 gallons a minute. A bomber turns to the ways of peace, becomes an instrument of science, and may become the means of saving countless lives.2

The DDT spraying campaigns in the U.S. reached their peak in 1951. In 1952, the fumigations began to subside. The number of reported cases of polio began to decline by about the same rate the following year. By 1953, the number of polio cases had gone down by nearly 40 percent.7 After 1954, even though DDT was still produced in the U.S., its distribution shifted to developing countries.7 Large quantities of DDT were bought by the U.S. Agency for International Development (USAID) and the United Nations (UN) and exported.8

During the 30 years before DDT was banned in the U.S. in 1972, some 1.35 billion pounds of the chemical was sprayed throughout the country.8 Amazingly, the origins of this disastrous public health policy was based on the false theory that mosquitoes carried an infectious microbe, a “ germ” that caused polio and paralyzed children. The policy was also undertaken under the false assumption that DDT was harmless to humans.

Tens of thousands of Americans were paralyzed by exposure to DDT due to gross incompetence by U.S.public health officials, who naively fell for one of industry’s most popular advertising slogans of the 1940s and 1950s: “DDT Is Good For Me-e-e!”

Following a sharp increase in the number of microcephaly cases in Brazil during the second half of 2015, the U.S. Centers for Disease Control and Prevention set about the task of identifying the cause of the apparent epidemic. On Apr. 13, 2016, after only a few months of research and investigations, the CDC concluded, “after careful review of existing evidence,” that “Zika virus is a cause of microcephaly and other severe fetal brain defects” in newborn infants.9

In response to the CDC’s confirmation of a causal connection between Zika and microcephaly, the U.S. government stepped up efforts to develop a vaccine for Zika10 11and recommended pesticide spraying campaigns in areas of the country considered to be at risk for the spread of the virus by mosquitoes. In May, the New York City Department of Health and Mental Hygiene began aerial spraying of city neighborhoods with the pesticides Altosid and VectoBac.12

In June, the CDC recommended aerial spraying in Puerto Rico with the organophosphate pesticide Naled (also known as Dibrom), but the proposed  campaign was met with protests by Puerto Ricans fearful of the toxic effects of the chemical to both humans and the environment. The concerns were so serious that a lawsuit to block the use of Naled was filed on July 21 against the CDC and its director, Tom Frieden, by the mayor of San Juan, Puerto Rico, Carmen Yulin Cruz-Soto, and the San Juan Municipality.13 The CDC relented.

CDC respects the decision of the Governor of Puerto Rico to not pursue aerial spraying with the insecticide Naled. We moved too quickly in our urgency to do all that we could to be responsive and prepared in the event officials in Puerto Rico decided to use Naled. Under no circumstances would CDC undertake application of Naled unless the government of Puerto Rico decided to do so, authorized it, and requested CDC to do so.14

The opposition to Naled in Puerto Rico, however, did not preclude plans to spray the pesticide in Miami, FL. On Aug. 4, 2016, the Miami-Dade County Public Works and Waste Management Department began aerial spraying of Naled over the city’s Wynwood area.14

It’s worth noting that, although Naled is deemed to be “safe” by the CDC and the U.S. Environmental Protection Agency (EPA), it was banned in the European Union (EU) in 2005 because it was found to pose an “unacceptable risk.”15 16 17 This is not an uncommon occurrence when it comes to the regulation of chemicals, given that the U.S. government tends to set a much higher bar for “proof of harm” than do the Europeans, who are more willing to acknowledge the precautionary principle and err on the side of caution. If there is credible, although inconclusive, evidence of the danger of a chemical to humans and the environment, European governments are more likely to ban the product to protect the public.18

Consequently, simply because the U.S. government and consensus “science” in the U.S. assert that a chemical is safe for humans and the environment doesn’t mean it is so. We learned this with DDT in 1972 when the EPA “issued a cancellation order for DDT based on its adverse environmental effects, such as those to wildlife, as well as its potential human health risks.”19 But it took decades and immeasurable harm to the American people and wildlife before the widespread spraying of DDT was halted.

Could it be that the U.S. is headed down the same path with Naled? In response to a theory that mosquitoes were spreading polio, the U.S. government initiated aerial spraying of DDT on an unsuspecting public, thereby fueling massive epidemics of paralysis in the U.S. and the scary images of children laying helplessly in those “iron lung” machines during the second half of the 1940s and first half of the 1950s.

Is it possible that Naled, which is intended to kill off the mosquitoes believed to be carrying a virus theorized to cause microcephaly, may itself end up causing microcephaly, as well as other birth defects? This is not such an unreasonable scenario. Scientific studies have provided evidence “linking neurodevelopmental disorders with gestational pesticide exposures”—particularly exposures to organophosphates.20

Studies have also shown that Trichlorfon (also known as Metrifonate)—a main ingredient in Naled—can cause cancer and birth defects in animals. In one study, scientists at the University of Oslo in Norway injected Trichlorfon into pregnant guinea pigs and found that the brain development of the fetuses was significantly affected.21

When the offsprings were examined at birth, there was a severe reduction in brain weight in the case of trichlorfon and dichlorvos, but not after treatment with the other organophosphates.21

In a recent article in The Huffington Post titled “The Feds Almost Used A Pesticide That’s Harmful To Pregnant Women To Combat Zika In Puerto Rico,” Laura Barron-Lopez cited Jennifer Sass, PhD, a senior scientist with environmental group Natural Resources Defense Council, who warned that Naled is a neurotoxin and “among the class of the most toxic pesticides.”22

According to Dr. Sass, pregnant women are the most at risk to the effects of Naled, meaning that the pesticide “would damage the neurological development of fetuses.”22

Can it be that our government (and specifically our public health officials) is again, as with DDT, ignorantly poisoning humans and the environment as part of a misguided mission to exterminate mosquitoes that may be carrying Zika—a virus that has just barely begun to be studied in earnest?