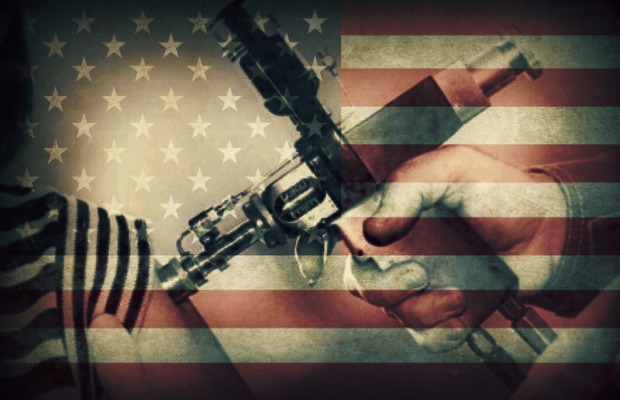 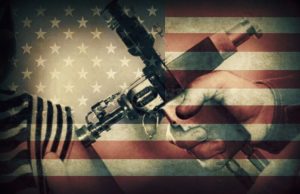 You may be familiar with the phrase “as California goes, so goes the nation.” California’s legislative innovations are increasingly becoming harbingers of medical tyranny over children and their families.

California Senator Dr. Richard Pan pushed through the mandatory vaccine law SB 277 last year with financial backing from vaccine manufacturers to ban children from public and private schools unless most of CDC vaccine schedule was completed. Previous allowable vaccination exemptions are no longer allowed, except for medical exemptions.

However, one prestigious California pediatrician is being threatened with losing his license to practice for issuing a medical exemption to vaccines to one of his patients. (Source) Could this be the State’s method of shutting down doctors who dare to write vaccine exemptions, so that soon not even medical exemptions will be readily available to those who need them?

Other such state bills mandating vaccines and removing exemptions were easily defeated across the U.S. in 2015, due to public outcry. Yet even though the public outcry was probably the loudest in California in opposition to SB 277, it somehow still passed. California became the first state to remove religious and philosophical exemptions to vaccines. Two other states, Mississippi and West Virginia, have never had such exemptions, and their yearly health statistics on children are consistently among the worse in the United States. Will the health of California’s children now decline due to mandated increases in vaccination rates?

Now that same state senator, Dr. Pan, is introducing new legislation, SB 18, that allows the state to assume total ownership of a child’s well being, as defined by state and medical bureaucratic “experts.”

SB 18: Bill of Rights for Children and Youth in California

This new bill references a 2009 Assembly Concurrent Resolution (ACR) 80.  An ACR is a resolution created by members of the California Assembly, which is actually their state house of representatives. It was originally intended as a bill of rights for foster children.

SB 18 is a very loosely worded open ended draft introduced in the state senate, which permits future additional rules and regulations that are meant to “organize” and “codify” (create more laws) ACR 80 according to “experts”observations and evaluations. (Source)

And who would be the “experts” mentioned in SB 18? They would be mainstream medical professionals who consider the only treatments for cancer are surgery, radiation therapy, and chemotherapy.

They would be the CDC and other pro-vaccine medical doctors who consider multiple heavy vaccinations as necessary for good health. These are activities that so far most adults can pass on for safer and more effective alternative means. But the government does not want you to have those choices for your own kids.

The common claim of “medical child abuse” is used for not acquiescing to medical procedures, some experimental, that most knowledgeable adults shun. Parents and children in some cases have had to go on the lam as fugitives from the law when they decided to discontinue medical practices that were harming their children. (Source)

A whole new pediatric sub-specialty was created in recent years with the advent of the “Child Abuse Specialist.” This is a pediatrician that acts more like a law enforcement officer by looking at x-rays and medical records to determine if a child has been abused by their parents or caregivers. They seldom interview the parents or children, or even the family pediatrician who knows the family. Finding abuse is necessary to justify their profession, and courts are increasingly finding that many innocent people have been wrongly convicted. (See: Supreme Judicial Court of Massachusetts Opens the Legal Door to Retry All Shaken Baby Syndrome Convictions)

The DEA’s “war on drugs” is also used to remove children from homes where parents used marijuana for medical reasons in many states where it is legal.

Experts can also be public education bureaucrats who look down on homeschooling as depriving a child’s optimal education, even though public schools turn out semi-literate kids who are incapable of critical thinking. They will also support efforts to diagnose children with ADHD and drug them with psychotropics.

Removing children from existing parents to enforce state bureaucratic perspectives of what’s good for children, according to experts, is left to the Child Protective Services (CPS), which does so by removing children from their families and placing them into private and/or institutional foster homes.

CPS depends on federal funding for each child they remove from a home and place into foster care. So many CPS officials are motivated to lie, distort, and falsify documents to achieve their successes of removing children from parents.

California’s CPS system (Department of Children and Family Services – DCFS) is among the most corrupt and dangerous in the nation. See:

It’s estimated only around five percent of children taken are from actual cases of parental abuse. Often poverty is considered neglect, while false abuse reports are considered valid even while based on hearsay or speculation without proof. See:

This agency is often favorably collaborated by the local judicial system and its judges, who often are just as corrupt as CPS itself.

Actual biological parents often don’t get their kids back. If they do, it’s usually after major damage is done to the family. The kids are emotionally and mentally damaged from what happened to them as wards of the state, while the parents are emotionally and financially stressed from failed efforts at getting CPS and its family court allies to return their children.

Foster parents get paid by the government along with CPS. States gets paid by the federal government for every child they place into the foster care system of their states. This investigative report done several years ago in Kentucky reveals just how this corrupt system works:

Trafficking Foster Children for Sexual Abuse to People in Power

More often than is publicized, CPS actions force children into foster homes where they somehow get lost or disappear. Foster homes and institutions often do not report missing children. And what happens to children missing from CPS placed foster homes or institutions?

Some are prescribed psychotropics if they have behavioral issues or forced into drug trials against their will. Some die as a result.

Ironically, it appears there’s much more public denial regarding enforced pedophilia among kidnapped children from political figures and government officials than there has been with Catholic priests picking on available parish kids.

The general public disbelief and denial for high ranking government officials’ and high rollers’ pedophilia has been their shield for a few decades.

Former and current victims are often not believed. Perpetrators are protected. The higher their status or position the more they are protected. Pedophile activities among the governing elites are ruthlessly covered up.

SB 18 and overzealous attempts of state authority to prevail over the fate of all children, using Child Protective Services or family court systems is a potential threat to all families regardless of their innocence. It’s yet another attempt at allowing the state to be in charge of children against their will without parental consent.