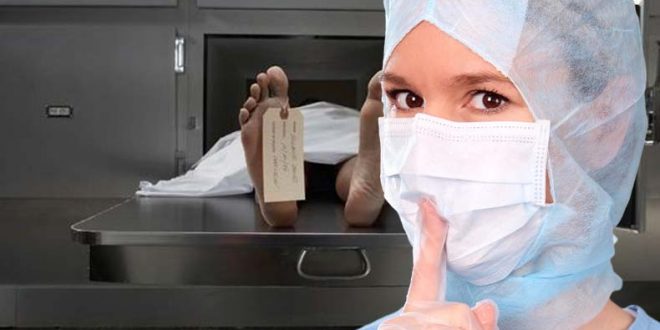 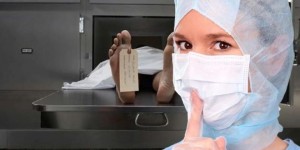 New holocaust study: medical errors 3rd leading cause of death in US

I’ve been telling you about this for years.

A message to “quack busters” who attack natural health behind a phony mask of “scientific skepticism”: put your own house in order—that’s where the real quacks are.

The structures of medical propaganda are cracking.

The Washington Post (“Researchers: Medical errors now third leading cause of death in United States,” May 3) reports on a new Johns Hopkins study. I’ll give you the Post’s explosive quotes and then analyze them.

“…a new study by patient safety researchers provides some context…Their analysis, published in the BMJ on Tuesday [‘Medical error—the third leading cause of death in the US,’ 03 May 2016], shows that ‘medical errors’ in hospitals and other health care facilities are incredibly common and may now be the third leading cause of death in the United States — claiming 251,000 lives every year, more than respiratory disease, accidents, stroke and Alzheimer’s.”

“Martin Makary, a professor of surgery at the Johns Hopkins University School of Medicine who led the research, said in an interview that the category includes everything from bad doctors to more systemic issues such as communication breakdowns when patients are handed off from one department to another.”

“’It boils down to people dying from the care that they receive rather than the disease for which they are seeking care,’” Makary said.

“Moreover, the Centers for Disease Control and Prevention doesn’t require reporting of [medical] errors in the data it collects about deaths through billing codes, making it hard to see what’s going on at the national level.”

“Frederick van Pelt, a doctor who works for The Chartis Group, a health care consultancy, said another element of harm that is often overlooked is the number of severe patient injuries resulting from medical error.”

“’Some estimates would put this number at 40 times the death rate,’ van Pelt said.”

There you have it. Now let’s dig in.

First of all, this study, as you can see, is focusing on medical errors in hospitals and “other health care facilities.” Did the researchers do much work looking for fatal errors that occur in average doctors’ offices? If not, the death numbers mentioned in this study are on the low side.

The CDC, which regularly reports mortality figures, doesn’t receive data, nor does it require data, from doctors on errors which lead to patients’ deaths. So the CDC is completely in the dark on the third leading cause of death in the US. This, of course, is the same agency that assures the public that vaccines are wonderfully safe and effective.

Consider the final quotes above. The estimate that “severe patient injuries from medical errors” are 40 times the death figure would give us this: every year in the US, there are 10 million severe injuries as a result of medical errors.

For years, I’ve been hammering on another landmark study out of John Hopkins. It was published on July 26, 2000, in the Journal of the American Association: “Is US health really the best in the world?” The author was Dr. Barbara Starfield, a revered public health expert.

Starfield, in her study, separated deaths from errors/mistreatment in hospitals, and deaths from medical drugs:

* Yearly deaths from mistreatment and errors in hospitals: 119,000.

The new study doesn’t specifically give a death-number for the medical-drug category.

So again, we can assume the new study is citing an overall death figure that is on the low side.

So let’s just round off the new 250,000-death figure and call it 300,000 deaths in America per year as a direct result of the medical system.

That works out to 3 MILLION deaths per decade.

This is the altruistic umbrella under which more Americans than ever will live and die, as a result of the glorious Obamacare insurance program.

This is the foundation on which doctors and medical bureaucrats stand, when they make statements to the press about the unqualified success of modern medicine—for example,in the area of vaccines.

“I’m the expert here. I represent a system that kills 3 million Americans per decade and severely injures 100 million Americans, and therefore you can believe me when I say that vaccines are remarkably safe and effective.”

Who are the lunatics?

The people who opt for natural health?

I don’t think so.

The lunatics and their dupes and proxies are in plain view, every night, on your television screen.

There they are. Look at them.

Understand what is going on.

The full meaning of it.

Medical error third leading cause of death in US: study: http://medicalxpress.com/news/2016-05-medical-error-death.html