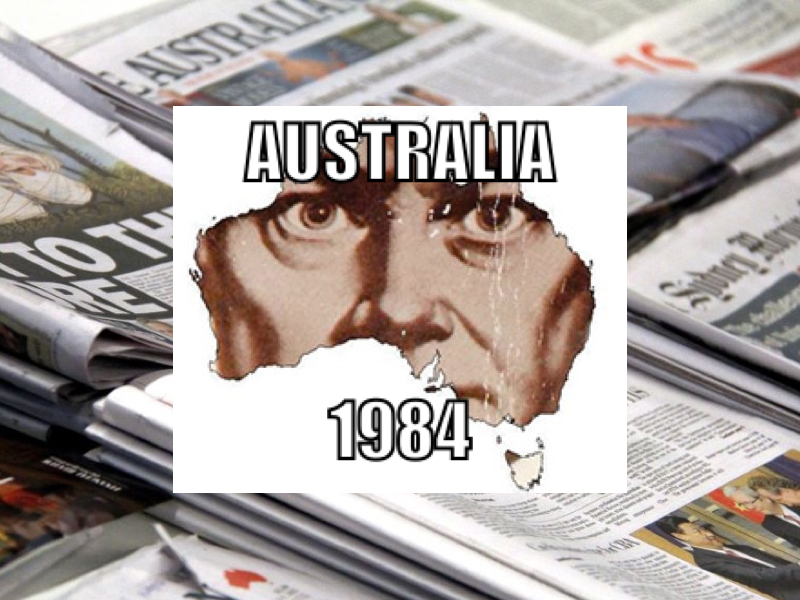 Australia has just sold its soul. A few days ago a law was passed quietly without much attention in the press. But nevertheless, a law that will have massive repercussions for everyday Australians. Many of us know already that the media in Australia has been biased, to say the least. Not reporting, or reporting from one angle without regard for actual journalism. Responsible for this climate are two large media corporations. Murdoch’s NewsCorp and Fairfax Media. Two corporations that should be our fourth pillar of the democracy. Two corporations that should be unbiased and fair in reporting about the country. Watch the video below to learn more about the importance of free and independent journalism in a democracy.

Australia with two companies that own almost all the major news outlets. And at the service, they might seem as competition. But look a little deeper and you will see that they work together to create the AAP (Australian Associated Press). The AAP is the distributor of news and if they don’t distribute it. It is not news. With more than 95% of the media outlets in Australia following their lead. This is censorship by definition. As stories these companies don’t want out there will never see the light of day. Even government sponsored outlets like the ABC and SBS get their news from the AAP which in effect makes them Murdoch controlled.

So why are these new changes to the media laws so significant? There isn’t much or any, alternative media in Australia. All the mainstream media outlets get their news from the same source. And thus they decide what the news is. And what isn’t? This is especially visible when they push flu vaccines for months because a few elderly people die. But are refusing to report on vaccine damage. Even when it is proven and acknowledged. The latest study into miscarriages and the flu vaccine did not get any media attention in Australia and the flu vaccine is still pushed upon pregnant women like candy. Most likely, most doctors don’t have a clue about this study and are unaware that they are potentially killing unborn babies.

But these changes are significant as it shows that the politicians don’t understand or are obvious to the power the media holds in Australia. They can fabricate and push stories they want out there and suppress the ones they feel will threaten their interests.

Under pressure from the very powerful media lobby, politicians have changed the laws so that these large corporations can grow larger and get more influence in the Australian landscape. The bill was passed with the much-needed help of two small parties that would have probably been threatened with journalists attacking them in the press if they wouldn’t pass these changes. These small parties are very vulnerable as they don’t get much media attention as it is and what they get is important to them. Unfortunately, it seems that Pauline Hanson’s One Nation and Nick Xenophon’s NXT fell for the pressure and have become a major part of Australia’s free media demise.

So now Murdoch and his friends can buy up all the media outlets in a market and control the news completely. Australia has been switching towards a completely government controlled nation and the totalitarian, the fascist push has been working due to complete media control. These new changes will create more control. Less privately owned outlets and eventually a media and journalism system in Australia that will be controlled by 1 or 2 people.

This is a very dangerous precedent and something people will have to be vigilant about. How can we pretend to live in a democratic country when we aren’t allowed to hear all of the stories. When we are being censored with the information we are allowed to see. How can we make informed decisions about the way our country is organized and governed when we are effectively starved of all the information. When our thinking patterns are being manipulated.