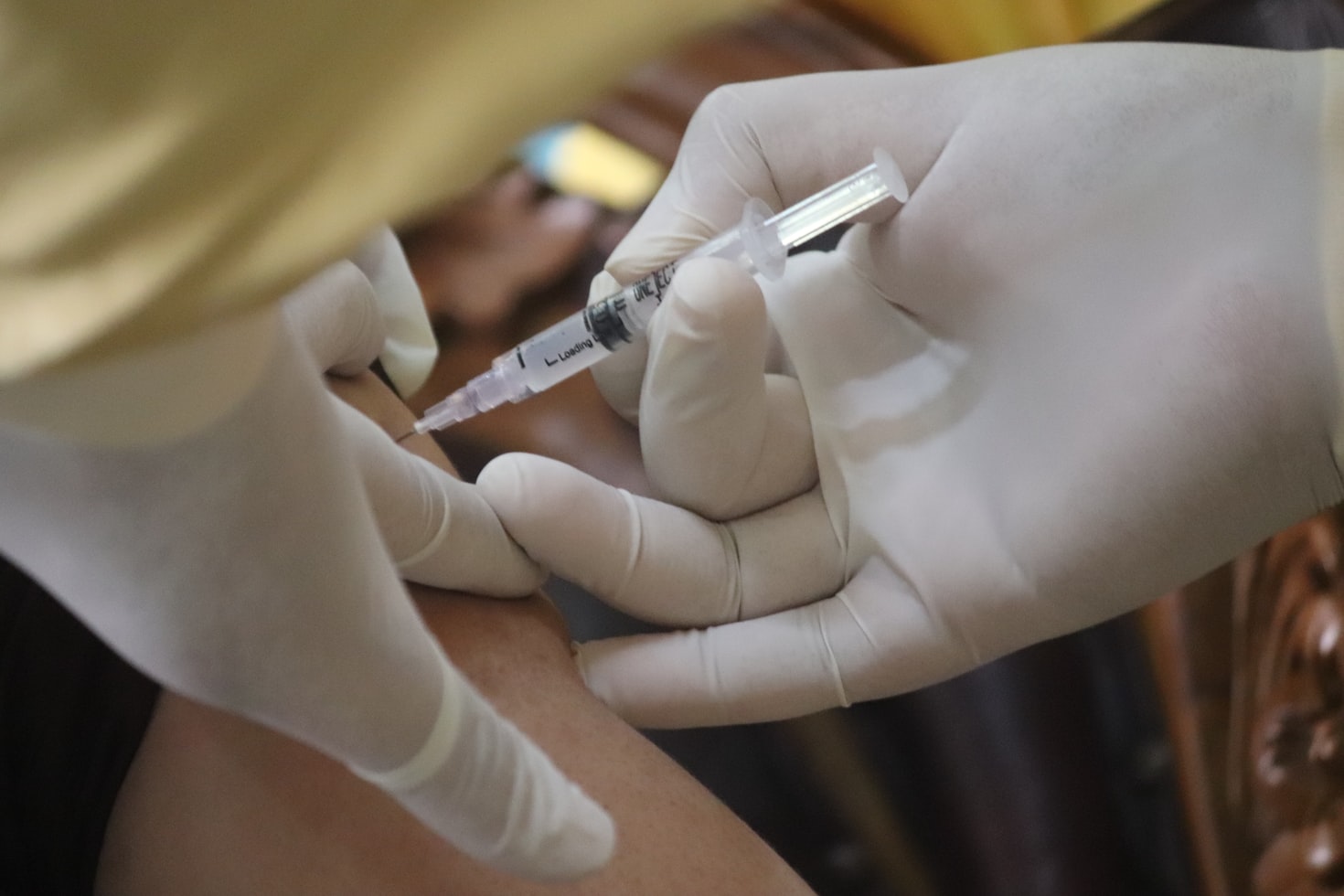 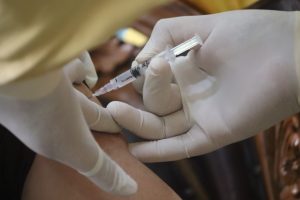 Fred Nile, a member of the Christian Democratic Party and the NSW Legislative Council, has introduced a Bill into State Parliament which would make employers who require their staff to be vaccinated liable for any injury, loss or damage caused by the vaccine.

The long title of the Public Health Amendment (Vaccination Compensation) Bill 2021 (NSW) is:

“An Act to amend the Public Health Act 2010 to provide for the payment of compensation to workers who suffer injury, loss or damage as a result of a requirement to be vaccinated”.

It proposes to insert a new section 137 into the Public Health Act 2010 (NSW) which provides as follows:

137. Liability to workers required to be vaccinated

(1) This section applies if a relevant body requires a worker to be vaccinated against a disease prescribed by the regulations.

(2) The relevant body is liable to pay compensation to the worker for any injury, loss or damage suffered by the worker as a result of the vaccine.

(4) In this section— relevant body, in relation to a worker, means the person or body that employs or otherwise engages the worker. worker of a relevant body includes a person engaged by, or on behalf of, the relevant body under a contract for services, but does not include a volunteer.

COVID-19 is a ‘disease prescribed by the regulations’.

The Bill, if passed, would put employers in a difficult and precarious position, in light of the fact the Australian government has indemnified vaccine companies against liability for claims by those injured as a result of their drugs and the fact our nation does not, unlike many other nations, have a vaccination compensation scheme.

This would mean that those who wish to seek compensation for injury, loss and/or damage caused by a vaccine would need to commence civil proceedings either against the might of governments – for whom there is no legal provision making them explicitly liable – or their employers – for whom there would be a section of the law making them explicitly liable.

Making the situation even more difficult for employers is Prime Minister Scott Morrison’s assertion on 6 August 2021 that employers who fail to ensure their employees are vaccinated for COVID-19 face the legal consequences of any spread of the disease in their workplaces.

“Businesses have a legal obligation to keep their workplaces safe and to eliminate or minimise so far as ‘reasonably practicable’ the risk of exposure to COVID-19, the Prime Minister said in a media statement on that day.

This is something already struggling businesses certainly do not need in the present environment, with many business owners calling on governments to stop attempting to shift the responsibility of vaccination onto them.

The vaccination debate is polarising

In the coming weeks, staff will be mixing and mingling again in offices, and many of them are likely to have strong opinions about vaccination.

Communities are already divided on the issue, some friend and family groups too. Heated discussions will undoubtedly spill into the workforce with serious repercussions, particularly as businesses try to find their feet post-lockdowns.

Workers all around the country are taking mandated vaccinations to court, aiming to save their jobs, without having to have the jab.

A group of ten workers are currently fighting in the NSW Supreme Court to overturn a public health order that requires teachers and aged care workers to have the COVID-19 vaccination before being able to return to work.

They’ve also challenged a separate order that prevents authorised workers from leaving Sydney’s coronavirus hotspots unless they can prove they’ve received a vaccine.

Teachers and care workers across the state must be vaccinated by 8 November 2021, or they won’t be allowed on the premises of educational facilities. Aged care workers must have received at least one dose before the end of the month, and health care workers have until the end of November to get both doses.

Lawyers for the plaintiffs have told the court that the orders were an attempt to coerce their clients into receiving a vaccination. They’ve further argued that they are discrimination against a minority group, and that Health Minister Brad Hazzard had no power to sign off on them.

In response, the lawyers representing the Minister have told the court that the health order is not really a mandate, but “a temporary restriction on movement, which the plaintiffs could avoid if they decided to get vaccinated.”

“There is no requirement for vaccination,” the lawyers said. “There is a condition on the exception (to the stay-at-home orders) which people can take advantage of or not.”

The case is continuing, with a decision expected later this week. It has attracted the attention of thousands of people who are eager to hear the outcome, to better understand what their rights are to refuse to be vaccinated, and at the same time, keep their jobs.

There are also several other similar cases pending, not just in New South Wales, but in Queensland too.

In the handful of vaccination-related unfair dismissal cases which have been taken to the  Fair Work Commission, the rulings have been made in favour of employers. This includes a recent appeal case which was dismissed by 2 members to 1 on the basis the FWC can only grant permission to appeal where it considers that such an appeal would be in the public interest.

Never have I more strenuously disagreed with an outcome in an unfair dismissal application. The Decision manifest a serious injustice to Ms Kimber that required remedy. More egregious, however, is that the Majority Decision has denied Ms Kimber the protections afforded by the Fair Work Act in part because of “an inference that she holds a general anti-vaccination position”…

“blanket rules, such as mandating vaccinations for everyone across a whole profession or industry regardless of the actual risk, fail the tests of proportionality, necessity and reasonableness… and should be soundly rejected by courts when challenged…

“All Australians should vigorously oppose the introduction of a system of medical apartheid and segregation in Australia because… it is an abhorrent concept and is morally and ethically wrong, and the anthesis of our democratic way of life and everything we value… She deplored the censorship of any views that question the current policies regarding Covid, and emphasised  that “all Australians, including those who hold or are suspected of holding “anti-vaccination sentiments”, are entitled to the protection of our laws, including the protections afforded by the Fair Work Act.”

The Deputy President suggested that employers could meet their health and safety obligations to minimise the risk of exposure and spread of COVID-19 in the workplace by allowing employees the less invasive options of regular testing via rapid antigen tests The Therapeutic Goods Association has recently approved rapid-antigen home testing kits for sale in Australia and they should be available within the coming weeks.

She also noted that The Australian Federal Government’s position is that vaccinations should be voluntary.

In the meantime, the legalities around mandating vaccinations for workers or even drafting workplace policies is confusing and complicated.

While most employers will likely adopt a ‘wait-and-see-approach’ there are some which already have workplace vaccination policies in place as a result of government directives, for example, in the construction industry.

New South Wales businesses are facing reopening with some trepidation considering the variety of complex issues they have to deal with around health and safety and vaccinations, not just with staff, but customers too, particularly when QR vaccination pass check-ins come into force.

They have no real template or guidance for dealing with these, and they have little to nothing in the way of support or protection from the Government.

All other states will follow suit so the government aren’t liable. PRINT this attachment off and give to your boss so they know what is coming.

NSW GOVT JUST BOUGHT IN A LAW THAT EMPLOYERS MANDATING THE JAB ARE NOW ACCOUNTABLE FOR ANY ADVERSE REACTIONS SUFFERED AND THEY HAVE TO PAY COMPENSATION TO THAT PERSON FOR THE REST OF THEIR LIVES EVEN IF THEY ARE NOT WORKING FOR THEM ANYMORE.

HOW DARE THEY MANDATE A TRIAL DRUG, I HAVE ABSOLUTELY NO SYMPATHY FOR EMPLOYERS WHO MANDATE THIS DRUG.

THE GOVERNMENT JUST HUNG THE EMPLOYERS OUT TO DRY!!!!