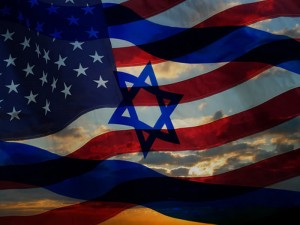 Falsely decried as an “anti-Israel” administration, the Obama White House is signaling that it is open to providing Israel with an unprecedented amount of support both in terms of financing and military assistance. If the reports coming out of Israeli media are true, the new agreement with Israel would be the largest amount of aid provided to any country in U.S. history.

According to YNet News and Reuters,

After 83 US senators send a letter to the White House, urging President Obama to sign a military aid deal with Israel, White House official says, ‘We are prepared to sign an MOU with Israel that would constitute largest single military pledge’ in US history.

The United States plans to offer Israel the largest military assistance package in US history, according to an Obama administration official.

“We are prepared to sign an MOU (memorandum of understanding) with Israel that would constitute the largest single pledge of military assistance to any country in US history,” a White House official told Reuters.

The statement came hours after 83 US senators sent a letter to President Obama, urging him to reach a military assistance deal with Israel.

“In light of Israel’s dramatically rising defense challenges, we stand ready to support a substantially enhanced new long-term agreement to help provide Israel the resources it requires to defend itself and preserve its qualitative military edge,” said the letter.

The US and Israel have been engaged in intense negotiations in recent months to outline US military aid to Israel for the next 10 years.

The tentative agreement is yet one more example of the falsity of the left-right paradigm that sees the “right” accuse the false “left” of being “weak on terror,” “weak on Iran,” and “anti-Israel” all while the false “left” is actually launching wars across the world, bullying Iran into accepting a deal it should by no means have to accept, and giving Israel the largest amount of assistance in U.S. history.

Brandon Turbeville – article archive here – is the author of seven books, Codex Alimentarius — The End of Health Freedom, 7 Real Conspiracies, Five Sense Solutions and Dispatches From a Dissident, volume 1 and volume 2, The Road to Damascus: The Anglo-American Assault on Syria, and The Difference it Makes: 36 Reasons Why Hillary Clinton Should Never Be President. Turbeville has published over 650 articles on a wide variety of subjects including health, economics, government corruption, and civil liberties. Brandon Turbeville’s radio show Truth on The Tracks can be found every Monday night 9 pm EST at UCYTV. His website is BrandonTurbeville.com He is available for radio and TV interviews. Please contact activistpost (at) gmail.com.