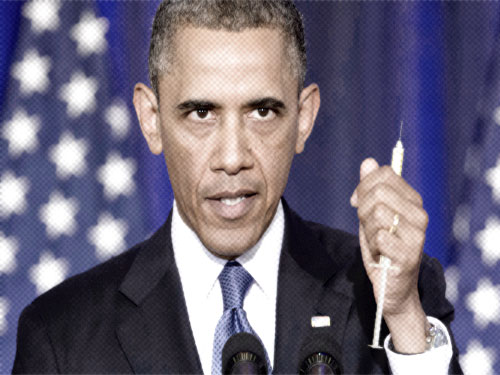 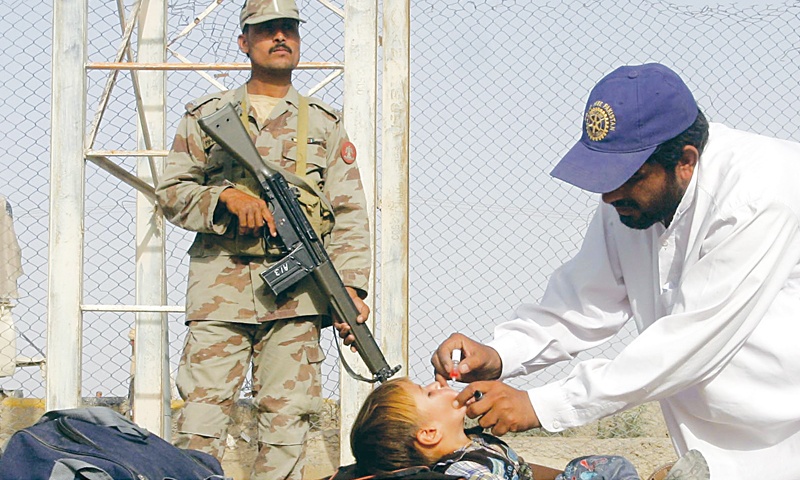 Forced vaccinations are already common around the world, and President Obama’s Executive Order may make this a reality in the U.S. also. Photo courtesy of Dawn.com.

Almost on the eve of the 2016 presidential election, outgoing president Barack Obama issued an executive order that is intended to coordinate all the world’s health agencies in alignment with the CDC’s intention to increase detainment and quarantining guidelines enforcement worldwide.

Executive orders (EO) are legally binding as laws, though an incoming president can issue EOs to cancel or revise some of those issued by the previous president. They are handy for an administration to avoid Congressional delays and conflicts, which can create unfavorable amendments or nullifying it completely.

Congress can also amend executive orders and the Supreme Court can nullify them. But those are lengthy and give the administration involved time to enforce the executive order through the executive branches several agencies, including the CDC and the Department of Health and Human Services.

Executive Order to be Used Against Vaccine Resistance?

This recent executive order is of grave concern for advocates of health freedom. It is called “Advancing the Global Health Security Agenda to Achieve a World Safe and Secure from Infectious Disease Threats,” and it was signed and issued on November 4th, 2016.

It seems innocuous at first glance, but one set of initials shows up often, GHSA. It stands for Global Health Security Agenda.

This term first appeared in a CDC proposal in 2014, during the Disney measles outbreak. This proposal focused mostly on its “vaccine package.” It rested comfortably on the nationally orchestrated outcry against vaccination resistance. Some journalists even suggested jailing parents who did not have their children vaccinated.

Several state legislators jumped in with proposals to create laws mandating vaccinations by removing exemptions previously allowed and not allowing kids to attend school without vaccine compliance. Fortunately for the rest of the nation, only California succeeded completely with State Senator Pan’s push of SB 277 despite strong grassroots opposition.

“The science is clear: The earth is round, the sky is blue, and vaccines work. Let’s protect all our kids.”

All this innocently ignorant or pharmaceutical industry rewarded hysteria was perfect timing for the CDC to set the goals expected to be implemented within five years of 2015. Here is some of their 2014 “suggested” policy that is now framed within Obama’s recent Executive Order:

Also mentioned as sources of policing the unvaccinated and suspected disease carriers in this are the Department of Defense (DOD) and Homeland Security. Serious policing, indeed.

To bolster the initial 2014 vaccine package, the CDC issued a proposed directive for isolating and quarantining suspected disease carriers in August of 2016.  This time it was a Notice of Proposed Rule Making (NPRM) in the Federal Register to amend the Public Health Service Act, which governs public health law.

It’s uncertain if public feedback, allowed until October 14th, 2016, had any influence on this CDC proposal to amend public health policy or not.

National Vaccine Information Center (NVIC) founder Barbara Loe Fisher was on the forefront of public feedback, leading an NVIC petition to the CDC. Over 15,000 comments overall were sent to the CDC, mostly protesting this latest move toward medical tyranny.

Often the FDA, USDA, or CDC’s opening for public commentary is merely a procedural formality that has little to no effect on the outcome. This has apparently happened once again.

The CDC’s recent NPRM makes it possible for anyone, including those who are employed in travel services, to be a snitch and report suspected illness. Isolation can extend to a 72 hour detainment to determine one’s potential or actual disease level and enforce treatment or vaccination as a condition for being released.

After you’ve been released, you could be electronically monitored. As usual, the viral shedding of vaccinated individuals that spreads disease is ignored. Jail time and large fines can be used against those who refuse to cooperate.

Page 32 of this 88 page NPRM document gives examples of quarantining passengers of commercial aircraft and ocean going vessels under the heading of CONTACT INVESTIGATION (CI) CRITERIA BY DISEASE.

Several life threatening diseases are mentioned, including Ebola, MERS, SARS, TB, and others, as well as measles. Most CIs thus far are measles cases. According to this document, CIs should be isolated according to their proximity of an individual with symptoms of any of the diseases listed. How they’re handled is advised in the column with the heading “Recommended activities.”

Here’s the recommended activity for those in proximity of traveling measles cases (verbatim): “MMR vaccination if unvaccinated and <72 hrs since exposure; immune globulin if indicated and within 6 days of exposure.”(Source)

There’s a chain of historical events that demonstrate the disaster of enforced vaccination policies, starting with the cowpox vaccine for small pox in England and elsewhere, excerpted from NaturoDoc.com.

… compulsory smallpox vaccination campaigns in the late 19th and early 20th centuries that played a major role in decimating the populations of Japan (48,000 deaths), England and Wales (44,840 deaths, after 97 percent of the population had been vaccinated), Scotland, Ireland, Sweden, Switzerland, Holland, Italy, India (3 million — all vaccinated), Australia, Germany (124,000 deaths), Prussia (69,000 deaths — all re-vaccinated), and the Philippines. The epidemics ended in cities where smallpox vaccinations were either discontinued or never begun, and also after sanitary reforms were instituted (most notably in Munich — 1880, Leicester — 1878, Barcelona — 1804, Alicante — 1827, India — 1906, etc). [Emphasis added] (Source)

Fast forward to the Swine Flu episode that led to legislated vaccine industry exemption from liability lawsuits. This episode occurred in 1976, where one Army boot camp trainee fell ill, but went on a forced full pack march and died. His was the only death from that flu. But many died or were paralyzed from the vaccine rather than the flu. Here’s that story.

Her investigative pursuit for actual facts regarding vaccines may have helped force her “resignation” from CBS. She and her team were investigating the 2009 and previous year’s Swine Flu, which was classified as a pandemic or worldwide epidemic based solely on the numbers of purported stricken victims.

After the CDC announced they were no longer tracking Swine Flu incidents and deaths, Sharyl and her team wanted to know why, but the CDC refused to respond.

Using Freedom of Information Act’s (FOI) provisions, they went to each state’s Board of Health agency and discovered the actual count of H1N1 Swine Flu cases was incredibly low, single digits in some states. The majority of actual cases were not even any version of the flu.

The CDC responded by publicly claiming there were a million or more H1N1 cases in the USA alone, and millions worldwide. The CDC and WHO simply lied about the whole thing and got away with it. (Source)

CDC and WHO epidemics are psy-ops (psychological operations) designed to create hysteria and have everyone roll up their sleeves to receive those shots that enrich vaccine makers’ coffers. And flu shot adverse reactions are the most commonly represented in the government’s vaccine court, the legislatively designated “buffer” protecting the vaccine industry from direct lawsuits.

What large scale death toll has occurred from any of the several contagious diseases covered by mainstream media over the past few decades since that 1976 Swine Flu debacle? None.

Yet whether Ebola or Zika or SARs or MERs or Bird Flu or Swine Flu, the hysterical fear mongering has its way on mainstream media as though it’s factual, actual, and pressing.

The original 1956 movie “Invasion of the Body Snatchers” and its 1978 remake of the same name, both of which coined the term “pod people,” were about humans overtaken and recreated in pods, which then become obedient drones for the masterminds of invading aliens.

They are beyond Sci-Fi. They are simply accurate portrayals of our current human condition: Ignoring without questioning what’s really going on all around them over and over again and getting their vaccinations.