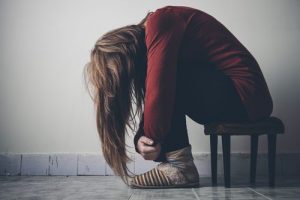 Here’s why zombies are real

The state government of Ohio has filed a lawsuit against five drug companies: Teva, Allergen, Johnson & Johnson, Purdue, and Endo.

The suit accuses these companies of unlawful marketing practices that have led to Ohio’s opioid addiction “problem.”

Here’s the big one: the suit states that, in 2012, a staggering 793 million doses of opioid drugs were prescribed to Ohio citizens. That translates to an average of 68 pills for each person in Ohio.

Well, yes, these painkillers (e.g., OxyContin) do kill pain. In the process, they also creation addiction and turn minds to mush.

Apparently, Ohio is pretty much in a collective trance state. We’re talking Zombification. 793 million opioid doses in one year.

Don’t forget the doctors who prescribe the drugs. As a group, they can’t care about their patients’ state of mind. Just load people up to the eyeballs with chemical pacification.

If you think this over-prescription epidemic corresponds to the actual amount of physical pain Ohio citizens are experiencing, think again. The drugs are obviously being handed out for other reasons: to sustain and feed addiction; to “treat depression”; to “manage dissatisfaction with life.” In other words, drug companies are promoting an ongoing profit bonanza for themselves. The human consequences don’t matter.

Keep in mind that drug companies pour advertising money like water into television programming—including the news.

They both deliver hypnosis.

What a marvelous coincidence, right? Contemplate it.

Just so happens that the news, with its outright lies, useless information overload, misdirection, omissions of vital facts, lack of context, refusal to investigate deep scandals, cultivation of Voices of Authority, attention-span shortening, and various other strategies designed for trance-induction and mental passivity…join together with an opioid chemical brain sledgehammer that wipes out the possibility of rational thought.

Both brought to you by your friend, Big Pharma.