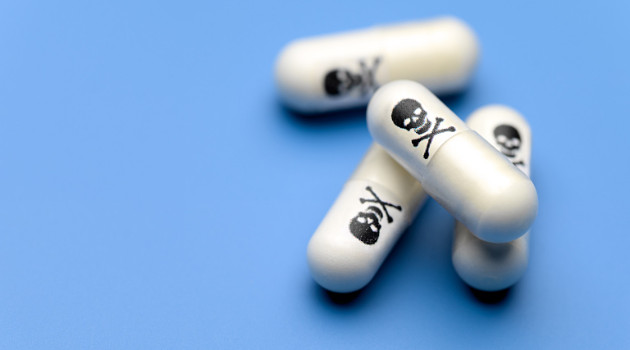 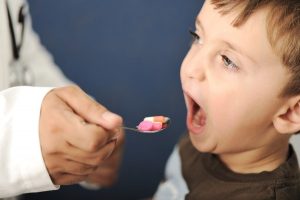 In the Australian state of Victoria, a state program kicked in at the beginning of 2017 to mandate that children as young as 12 should see a doctor in school at least once a week, to receive drugs and medical treatment without parental consent.

According to the Herald Sun:

“Doctors will have the power to treat students as young as 12 in schools even if parents refuse their consent.

GPs will consult at 100 Victoria high schools for up to one day a week as part of a $43.8 million program.

Guidelines released on Thursday show that even if a parent “expressly states” that a doctor should not their child, the GP can if they deem the teen mature enough.”

The more a person looks into it, the more it is obviously about expensive drugs and medical procedures that are often ineffective and dangerous. The medical system ignores true health and nutrition, the building blocks of the body and what real “health care” is.

While it’s arduous for the aware to hear about how this isn’t real “health care,” it must be repeated over and over because people don’t get it. They create some program like Doctors in Schools to consolidate the state’s power, and disguise it as some philanthropic effort for the health of people: but people still can’t identify this trick in numbers great enough to resist it.

People in the greater number are nowhere near prepared to face the reality of this situation. The tone of this article will get intensely opinionated, because that’s how critical these issues are becoming, and people are not waking up fast enough to save us from this trajectory.

As media usually works, the Australian mainstream media played their role by ostracizing anyone in opposition to Doctors in Schools. Reading from an article by News.Au:

“There’s an incredible initiative taking place in Victoria that the rest of us should really consider — the problem is, some of us are up in arms about it.”

As if parents opposing it will somehow damage the crusade, media is criticizing them. If the program were voluntary, that would be one thing. It’s something different to destroy the right of parents to refuse treatment for their children and not consent.

But let’s hear it from the state directly. According to the Victoria government website:

“Select Victorian Government secondary schools will work together with local general practices to enable primary health care services to be delivered on school premises. It is anticipated that the program will enable a GP to attend the school for up to one day a week to assist students to identify and address any health problems early.”

They never get specific on what “assistance with health problems” is. Psychiatric drugs that make people suicidal and cause health problems are what doctors will give kids who they falsely diagnose as having a chemical imbalance, and parents will not be allowed to withdraw consent.

Teenage girls will get hormone disrupting, dangerous contraceptive implants or birth control pills without parental consent, as is happening in the US.

And of course, leukemia, paralysis, and death causing vaccine Gardasil, the HPV vaccine specifically pushed on girls and boys in secondary school where this program focuses, will surely be given to children by “GP’s” without parental consent.

This is an agenda to harm and control people. That’s evident beyond any doubt if you really look into this for a long period of time and understand it.

Why is it worth over $43 million dollars to give “health care” to Australian school children? The state never wastes resources or does something out of the good of the governments’ heart. No government, from the US to Australia, donates millions of dollars with no strings attached.

In short, this article makes the case that the Doctors in Schools program is actually intended to:

– line the pockets of pharmaceutical corporations

Some Parliamentary connections to pharmaceutical corporations may be more difficult to uncover, but a microcosm of this state-corporate relationship is perfectly exemplified by Prime Minister Malcolm Turnbull and his wife being connected to some of the world’s largest pharma corporations. Reading from a past article titled “Australian Prime Minister and Wife Tied to Pharma, Pushing Mandatory Vaccination”:

“While the Prime Minister leads government, and pushes for mandatory vaccination to the benefit of pharmaceutical companies, his wife Lucy is chairman of the pharma corporation Prima Biomed.

Her company has worked closely with some of the world’s largest pharmaceutical corporations, Novartis and GlaxoSmithKline.”

People must understand that a process of eroding human freedom is occurring, from Australia to the US and Europe, Asia to Africa, and it will not stop without people resisting it. It’s not just that, but a process of poisoning people into docile, sterile, dysfunctional people who won’t thrive. That is the big picture, and it isn’t going away.

This is another small nail in the coffin of medical freedom. We’re so close to a Brave New World type scenario of forced drugging, forced vaccination, and total state control over human beings it’s beyond description. It’s getting more urgent by the day, and in certain areas, one can observe this process of eroding human freedom getting worse more quickly.

The Australian people are almost completely disarmed, so there isn’t much stopping the state from forcing people to do anything.

To put it in perspective a bit more, this is an article from Stuff.co.nz about drugging “0- 4 year olds” with psychiatric drugs in Australia/New Zealand, and the conspirators of medical tyranny there:

“Kiwi preschoolers are undergoing mental health tests – some without their parents’ knowledge.

The Ministry of Health’s B4 School Check was thrust in to the spotlight after Australia announced plans to introduce a similar programme which created controversy as critics warned about the risk of creating an epidemic of problems such as autism.

The Australian programme would see doctors use a checklist to consider behaviours like shyness and sleeping with the light on as signs of possible psychological problems.

Critics here say New Zealand has been doing something similar for four years. Since 2008, Plunket, doctors, mobile clinics and home visits have screened more than 100,000 four to five year-olds for health, behavioural, social and developmental problems.

Toddlers being prescribed amphetamine were the inspiration for this documentary’s title.

Please share this with as many people as possible. What will you do when you have no arms to protect yourself  and the state wants to take your children for not being vaccinated or taking their prescription of pharmaceutical drugs?

This article (School Children Now Have Involuntary Weekly Doctor Visits: Drugging Without Consent) is a free and open source and can be re-published anywhere with proper attribution to the author and Themindunleashed.com.