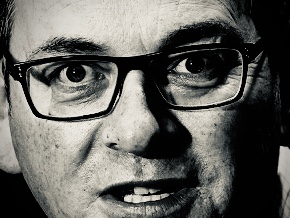 For years now Victoria has languished under the dictatorial Andrews Labor government with little accountability and no effective opposition, leaving One Nation the only truly conservative party contesting the election.

Governance will be a key issue in the election according to lead One Nation candidate Warren Pickering.

“We’re demanding more transparency and accountability, and for the implementation of recommendations from the Independent Broad-based Anti-Corruption Commission (IBAC) and the Victorian Ombudsman,” Warren said.

“Accountability has not been a priority for the Andrews government, with the Premier skating investigations into the misuse of taxpayers’ funds while his ministers fall so like many dominoes.

“We’ll also push hard for full cooperation from Victoria in a Royal Commission on the management of the COVID-19 pandemic by all Australian governments. The state continues to reel from the disastrous and lengthy lockdowns imposed on the Victorian community at the height of the pandemic.”
Warren said energy security would also be an important campaign issue in Victoria.

“Victoria is sitting on vast reserves of natural gas at a time when Australia’s entire east coast is struggling with energy shortages,” he said. “Storage at Geelong must be expanded so Australia can meet the requirement to have 90 days of fuel reserves, the proposed interconnector for Bass Strait must be built and more coal-fired power needs to be in Victoria’s energy mix.

“Successive governments have let Victorians down with respect to infrastructure, focusing on light rail in metropolitan areas while ignoring the needs of regional Victoria. We need much greater planning and investment in ‘state-building’ infrastructure – an investment in our future productivity and prosperity.

“We’ll also have a strong focus on addressing the housing crisis in Victoria, pressuring councils to remove excessive red tape which is preventing residential land from being released in a timely fashion, and banning the sale of residential property to foreigners and non-residents.”

If you’d like to volunteer or help with the campaign for the Victorian election, please fill out our volunteer form which you can find on this website!