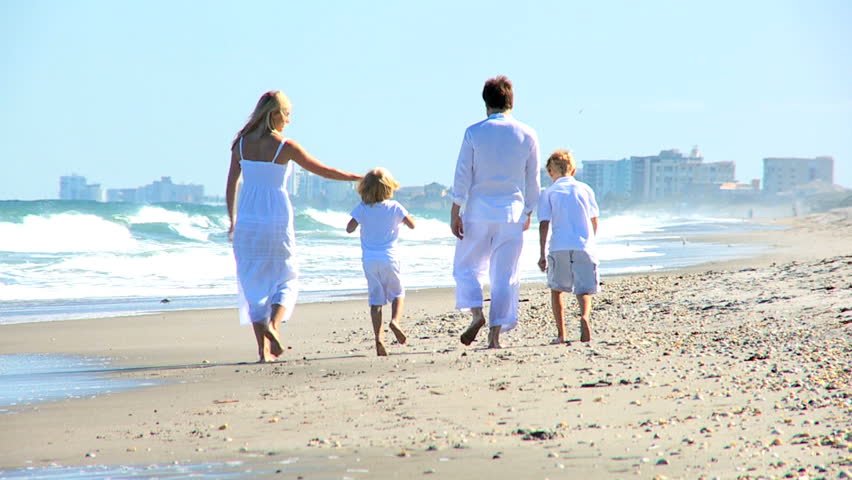 Depicted with illustrations featuring solely blonde women and children, the report says ordinary parents must take action against right-wing families and make clear that their ideology has no place in the world.

Asserting that the term “right wing” “stirs up anxiety” and brings to mind “burning refugee homes”, skinheads, and the National Socialist Underground (NSU) group who carried out a string of violent attacks on foreign people, Baby & Family notes that people “rarely connect it with women, family and children”.

This, the high-circulation German magazine declares, “is precisely the great risk” as such people are just as dangerous if not more so as gangs of Nazi skinheads. The identifying features of right-wing families, it contends, are that they are “inconspicuous, blond, cute and engaged”.

“First of all, [right-wing families] are nice and dedicated” Michaela Köttig, sociologist and researcher of right-wing extremism at the Frankfurt University of Applied Sciences, alleges.

Because of this, she says many parents will already have established good relations with them to the point that they “are no longer marginalised and at worst, get support”.

While there are different types of right-wing families, Baby & Family asserts that daycare centres should always seek help when dealing with them.

“The right has many forms. The definition of what is extreme and what is not is difficult”, it says, but asserts that all manifestations must be dealt with because right wingers could spread their views when meeting with other parents in the playground.

Heike Radvan of the controversial Amadeu Antonio Foundation warns that “children of right-wing parents are not necessarily different from other children”, but says they are often “very obedient” and might not talk much.

Despite asserting that such children are not outspoken, the “experts” wheeled out by the magazine warn that a sinister aspect of right-wing parenting is that they instil self-confidence in their progeny.

They do this, Prausner posits, in hope that “their offspring will later confidently carry their ideology into the world”.

Köttig explains that right-wing families are not unlike ordinary families in that they teach their own values. The important difference with extreme right-wing groups, however, is that these values are “strongly geared at Germanic customs and traditions”.

Prausner says “right-wing kids” are aware that they should keep their family lives private, but she adds that a telltale sign of right-wing extremism is that there are usually no American logos on their parents’ clothing.

This is not to say there aren’t visual signs which can indicate a child is from a right-wing family, however, the researcher points out. Prausner warns that, while most people wouldn’t recognise them as such, “accurate braids and long skirts” serve as a warning sign that a child has right-wing parents.

The report advises some ways in which daycare centres can prepare for the event that right-wing parents register their children with them. It advises introducing a policy and mission statement to set out values for which the nursery stands.

Mothers and fathers should get involved in the parents’ council to take action against right-wing parents, Baby & Family notes. They should “not be afraid to confront [right-wing parents] directly”, it states.

“Even if it is difficult, you should immediately set limits and say that you do not want to hear this,” Köttig says. Radvan, meanwhile, declares: “Understanding has no place in such situations.”

Thomas Feist, MP for the ruling Christian Democratic Union party (CDU), has requestedthat the government stop funding the Antonio Amadeus Foundation, pointing out that the supposed “charity” hosts and rewards threats of violence, and denunciations of people on its website.

The body was founded, and is run by, ex-Stasi agent Anetta Kahane who has declared it vital for the European Union to change its immigration policy in order to turn the continent non-white.

She said: “This is very important; you have to change the educational system and the self-understanding of the states. They are not only white anymore or only Swedish or only Portuguese or only German. They are multicultural places in the world.”

Despite how, as Feist points out, the far-left organisation’s website is now singling out the CDU and some of its politicians as dangerous and right wing, the foundation runs the government’s crackdown on people who criticise open door mass migration and the violent behaviour of migrants towards the German people.