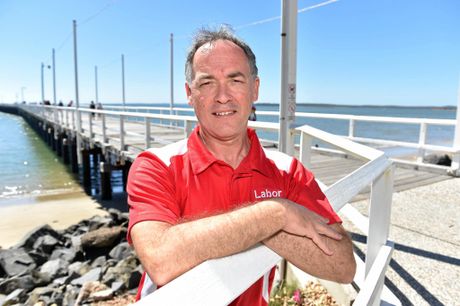 My candidate for Hervey Bay has been subjected to constant, grubby behavior by Labor’s candidate, Adrian Tantari.

From profanity posted by this grub to my candidates Facebook page, to assault that’s been reported to police this election. I wasn’t going to take him giving me the finger as I drove off from the polling booth in Hervey Bay.

You’re damn right I got out of the car and cornered the coward.

Annastacia Palaszczuk, I’m publicly calling on you to disendorse this horrible man you have standing for you in Hervey Bay.

Where is your vetting process Labor, because this horrible grub slipped through a giant hole in your net. 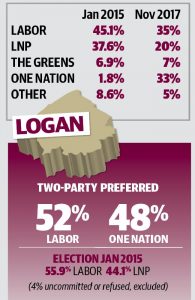 Thousands of voters across the state look set to turn their backs on the major parties this election.

Polls suggest One Nation could get its largest share of votes since the 1998 election, where the party won 11 seats.

As Pauline Hanson wraps up her week-long regional campaign blitz, we sat down with some Queenslanders who say they have had enough of conventional politics.

“I’ve lost faith in the Labor and Liberal parties because everything seems to pour into Brisbane in Queensland and there’s so many people doing it tough up here — it’s almost like they’re corrupt.

“To be honest there’s not one political party that I’m 100 per cent behind.

“But 90 per cent of stuff that comes with One Nation is stuff we support, we believe in.

“I don’t feel so neglected.

“I don’t know who the local candidate is, but I’ll still vote for One Nation.”