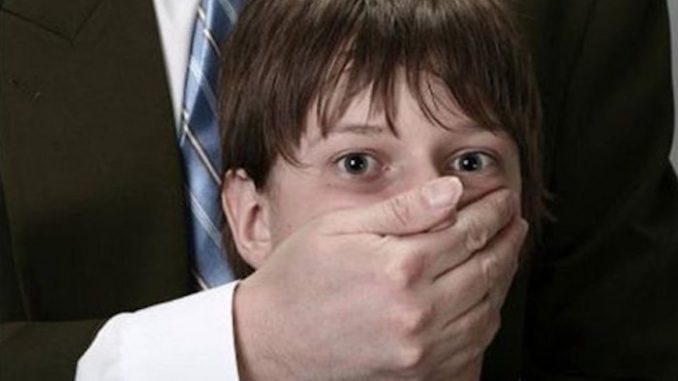 From Florida in America to Norfolk Island in Australia, the Great Game Evolves

Please “share” from the original by clicking on the link above.

Full text below the fold. 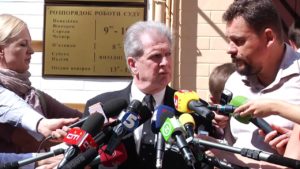 There was a time when the “Great Game” revolved around kings, queens, prime ministers and presidents using diplomats, armies, and spies, to accomplish their grand strategic objectives, with spies and lies being the darker side of the business.

Today there is a much darker side to affairs of state, one that involves Satan, sodomy, judges, and pedophilia that crosses over into torture, murder, as well as the harvesting of blood, bone marrow, and body parts from the most vulnerable among us, our children.

I am the Chief Counsel and a Commissioner for the treaty-mandated International Tribunal for Natural Justice, as recently endorsed in its humanitarian mission by senior Australian officials among many others. I am also a former spy recently recommended for the Nobel Peace Prize, and a widely-published author on the dark side of intelligence and governance.

As the Australian Prime Minister visits the United States of America (where he will be briefed on what we know about Deep State and Shadow Government corruption in his own country), I note with interest that a US judge was just dismissed in Florida – a judge known to be working for pedophiles and helping pedophiles cover up their crime – while another judge, the Presiding Justice for my Commission, Sir John Walsh of Brannagh, has been struck off and debarred (without due process and with at least five provable perjured affidavits) in Australia by Justice Anthony Besanko and Justice John Gilmour of Norfolk Island. I believe pedophilia – including murderous pedophilia – to be an issue in this case also.

For those who remain in denial about the pervasiveness and depth of child abuse, let me make just four observations:

First, I have been nurturing a book, free online, by West Point graduate and former US Army officer Joachim Hagopian, entitled Pedophilia & Empire: Satan, Sodomy, and The Deep State. Pedophilia goes back centuries and is something with which Royal Families everywhere are most familiar. It is local, provincial, and national.

Second, pedophilia is both the glue that holds the Deep State and Shadow Government together, and the Achilles’ heel by which they will be brought down under the leadership of our President, Donald Trump, and our Attorney General, Jeff Sessions.

Third, PizzaGate, in which a Romanian taxi driver working with antiquated equipment successfully spoofed John Podesta into giving up his email password such that all of his stored emails moved into the public domain, is a signal event. It documented beyond doubt the degree to which pedophilia is the daily bread of the Clinton Family and the Democratic Party leaders, complementing all that we know about Republican Party pedophilia inclusive of former Speaker of the House Denise Hastert. One Romanian taxi driver was able to open the public’s mind in a manner not done by the book The Franklin Scandal: A Story of Powerbrokers, Child Abuse & Betrayal (elites in Nebraska) or the movie Spotlight (Roman Catholic elites in Boston) also in book form as BETRAYAL: The Crisis in the Catholic Church. President Donald Trump’s thousands of sealed indictments are in deep harmony the growing awareness and anger of the US public, an anger fed by one recent book in particular, EPIDEMIC: America’s Trade in Child Rape.

Fourth, the Catholic Church, while an easy target with ten percent of its priests abusing children and many of its Cardinals appearing to be both murderous pedophiles and all too willing to claim sanctimonious grounds for denying and covering up the crimes of the Church against humanity – crimes that include the sale of babies taken from unwed mothers to pedophiles and even Satanists who wish to feast on the new-born – is not the worst abuser. Schools, child care services, and international aid organizations such as Oxfam – are the worst abusers. Put simply, any organization that deals with children attracts pedophiles, and the networks, including judges and politicians filmed on video abusing and sometimes murdering children, all close ranks.

This brings me to the critical role of judges as an obstacle to public education and political integrity.  There are three classes of judges in the dark world of pedophilia and child murder:

01 Those that issue restraining orders and arrest warrants against witnesses to prevent members of their local pedophile network from being investigated, indicted, convicted, and incarcerated – Judge Scott Dupont of Florida is a documented example.

02 Those that seek (generally without due process) to disbar lawyers and judges who strive to do their sacred duty in service to the public in  this domain of pedophilia and child murder, what I consider to be the “last veil” of the Deep State and its servant Shadow Government. Anthony Besanko and John Gilmour – “carpetbaggers” (non-residents) appointed to assist in the unlawful seizure of Norfolk Island by Australia in 2016, appear to be such judges and merit federal investigation.

03 Those, like my Presiding Justice, Sir John Walsh of Brannagh, who act with unfailing integrity and have a record of confronting corruption (including, most tellingly, in relation to Norfolk Island). I am quite certain that Sir John would triumph in a fair trial, particularly if it included polygraph examinations for all concerned.  I am asking William Binney, former Chief Technical Officer of the National Security Agency, and will be discussing what measures Sir John could pursue that would lead to a special data extraction – we have all the emails and cell calls of both Anthony Besanko and John Gilmour, how interesting would it be to make them all available to the Australian Prime Minister while he is here in the USA?

Ever since Saudi Arabia received a tailored extract from these signals databases, I have been sought out by opposition parties – Australia, Canada, and France particularly – and asked what they might do to ask President Donald Trump for the publication of incriminating signals collection on entrenched political leaders. My answer: ask Rex Tillerson, the Secretary of State. I am proposing to Bill that we do a letter to the Secretary pointing out the diplomatic value of sorting all this incriminating material out country by country.

For myself, I have three speculative conclusions:

01 The signals data is going to be released eventually. Corrupt officials should begin planning their exit strategies now and strive to do no further harm.  I continue to pursue a Truth & Reconciliation Strategy – it is better to educate the many than to hang the few.

02 The public is acutely aware now of what it means to be governed by a Shadow Government on behalf of the Deep State – 2018 may be the Year of the Independent, and I fully anticipate the rapid growth of earnest opposition parties such as the Independence Party in the United Kingdom and the Pirate Party everywhere else.

03 Sir John is being wronged by a Commonwealth country that is lacking a Bill of Rights and all too beholden to the Deep State. With or without his legal credentials from Australia, he is sure to become a world figure with his role as Chief Justice for the International Tribunal of Natural Justice. His vindication is certain.

Does Australia wish to be defined by two piss-ant alleged pedophile justices hiding in the weeds of Norfolk Island? Or might Australia wish to consider independence of mind and integrity of soul, and recognize Sir John Walsh of Brannagh as the gold standard for judicial integrity?

Below is an email sent out by an official on official email, seeking to ensure that key people knew of Sir John Walsh of Brannagh’s (illicit) debarring, and the email that I sent to all recepients of the same email.

It is with deep sadness and disappointment that I attach for your respective consideration copies of judgements issued by the Supreme Court of Norfolk Island in regard to professional conduct matters concerning a particular respondent now formerly a lawyer.

It appears the respondent was unsuccessful in seeking a stay of the orders and may be likely to seek an appeal from the Full Court of the Federal Court of Australia.

Please be careful out there.

MY EMAIL TO ALL OF THEM

I am the Chief Counsel and a Commissioner for the treaty-mandated International Tribunal for Natural Justice, as recently endorsed in its humanitarian mission by senior Australian officials among many others. I am also a former spy recently recommended for the Nobel Peace Prize, and a widely-published author on the dark side of intelligence and governance.

The misbehavior of alleged pedophile judges Anthony Besanko and John Gilmour has been noted and publicized in the below article as published by the American Herald Tribune under my name.  This misbehavior — despite the evident complicity of Norfolk Island Regional Council — will not stand.

Pedophilia and Empire: Satan, Sodomy, Judges, and Pedophilia
From Florida in America to Norfolk Island in Australia, the Great Game Evolves
Regardless of what happens in the public domain, I anticipate being in a position in the future to make this an official demarche from the US Government to the Government of Australia, and each of you engaged in trying a man in his absence, with perjured testimony, will be held accountable.

You have severely underestimated both the integrity of Sir John Walsh of Brannagh, and his international reach.

Whether or not I am successful in the near term, I am quite confident that these two judges will be found out via other means for other crimes, and all of you will be most remorseful for what you have permitted to occur on your small patch.  Be ashamed of yourselves, every one of you.

3 thoughts on “Pedophilia and Empire – Satan, Sodomy, Judges, and Pedophilia – From Florida to Norfolk Island in Australia, the Great Game Evolves”