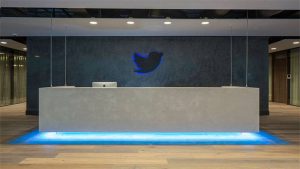 A group of free-speech lawyers filed the most serious legal challenge yet to Twitter’s censorship policies Tuesday in San Francisco County Superior Court, seeking a ruling preventing Twitter from banning users purely on the basis of their views and political associations.

The 29-page complaint contends that, under a California legal doctrine that recognizes some private facilities as “public forums,” Twitter may not discriminate against speech on their platform based purely on viewpoint. If successful, it would be the first extension of that doctrine to internet social media platforms and could transform the way free speech is treated online. The suit became all the more relevant Wednesday as Twitter stood accused of locking out thousands of conservatives under the guise of cracking down on “Russian bots.”

The genesis of the suit is Twitter’s November 2017 announcement that they would start banning and sanctioning users based on their offline behavior and associations. On December 18, 2017, Twitter, five years after their top British executive described the company as “the free speech wing of the free speech party,” made good on this threat, “purging” hundreds of mostly right-wing users. Twitter’s new policy refers to association with “violent extremist groups,” and a company blog post claimed, “If an account’s profile information includes a violent threat or multiple slurs, epithets, racist or sexist tropes, incites fear, or reduces someone to less than human, it will be permanently suspended.”

One of those purged is Jared Taylor, founder and editor of “American Renaissance,” a fringe-right journal on race and immigration.

Taylor is a graduate of Yale University and Paris’s Sciences Po, the former West Coast editor of PC Magazine, and author of several books. He describes himself as a “white advocate” or “race realist” and condemns Nazism and antisemitism.

According to the complaint, in his more than six years on Twitter, Taylor never made threats, harassed anyone, or otherwise came under scrutiny for his behavior on the platform. Even the SPLC notes Taylor “scrupulously avoided racist epithets [and] employed the language of academic journals” in his writings, and Taylor once wrote an article urging people to be more civil on Twitter.

Yet both Taylor’s personal account and that of American Renaissance were permanently banned. The only explanation Twitter gave was that the accounts were “affiliated with a violent extremist group.” Twitter refused to offer Taylor any further details including to which “violent extremist group” he was affiliated.

Breitbart News asked why Taylor would serve as the test case.

“In every First Amendment case, the plaintiff – the person who’s complaining – is an unpopular figure. You have communists, draft-dodgers, Jehovah’s Witnesses, more recently you had Fred Phelps of the Westboro Baptist Church,” Peters said, referencing the plaintiffs in the most famous free speech cases of the last 100 years. “Even every authoritarian country, you can always be praising whoever’s in charge. You can always write things that flatter their policies. That doesn’t mean you have freedom of speech. Freedom of speech only matters when it protects viewpoints that we don’t like, that are controversial.”

Censorship does not start with silencing mainstream figures, Peters argues, but those on fringes:

The lawsuit also alleges Twitter is violating California’s Unruh Civil Rights Act that prohibits discrimination on the basis of political beliefs and brings a breach of contract claim on the basis of advertising purchases Taylor made with Twitter to build his follower base only to be banned without compensation.

Twitter’s recent controversies, allegedly punishing more mainstream conservatives, makes Peters’s contention that what starts with Taylor doesn’t end with him look prescient. Wednesday’s #TwitterLockout is only the latest in a long time of scandals involving Twitter’s disfavoring of right-leaning speech. A former Twitter employee told Breitbart News, “It wasn’t a mistake. They defined Trump supporters as bots. The only reason they are backpedaling is [because] they got caught.”

Recent undercover reporting appears to confirm years of complaints from conservatives about mistreatment, including “shadow-banning” and unfair suspension because of liberal bias at the Silicon Valley giant. From this, it can be inferred that if Taylor’s lawsuit reaches discovery and his lawyers are allowed to obtain internal Twitter documents on his banning, it may transform our understanding of how Twitter disfavors the Right online.