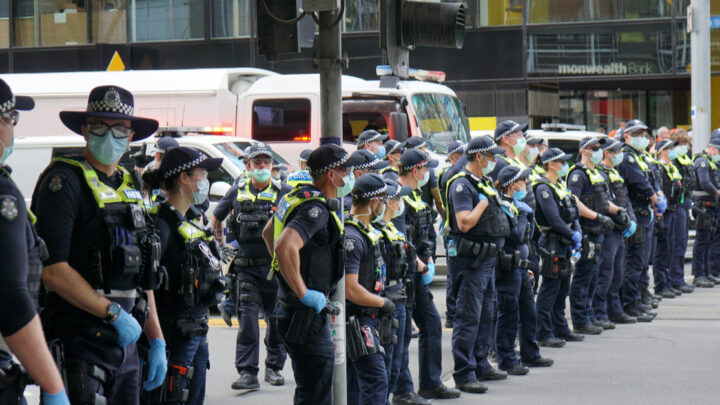 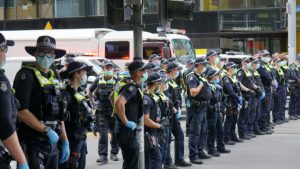 Australia watched on in disbelief as the violence on Melbourne streets escalated over the past week, with hoards of heavily armed police officers clashing with members of the public protesting against extended lockdowns and vaccination mandates.

The mainstream media has focused heavily on violence and offensive acts allegedly committed by protesters, was largely overlooking the many instances of police brutality – whereby officers used excessive force to perform arrests and engaged in conduct amounting to dangerous assaults against members of the public.

The media’s toeing of the government line continued even in the face of police prohibiting helicopters from the Melbourne skies, in what authorities claimed was a move to prevent protesters from organising but which many saw as a way to reduce publicity of the heavy-handed enforcement approach.

Police later amended the direction to enable media to cover the incident, while at the same to telling the media they must delay their broadcasts.

Amongst all the melee, numerous members of the public took it upon themselves to film the many appalling instances of police brutality – including police officers apparently firing pellets indiscriminately into crowds and using extreme force to take down both those who were actively protesting and individuals who had already dispersed.

The caption to one video which shows a line of heavily armed officers advancing towards and firing at crowds reads, “AUSTRALIA: Australian cops are shooting at people even if there are kids in the crowd. The weapons used here are VKS Pepper Ball firearms. These semi-automatic rifles can fire capsicum rounds or blunt force pellets the size of marbles. These pellets are extremely dangerous.”

Pictures have been posted to social media which are said to show the injuries sustained as a result of these weapons – weapons which have been presented by the mainstream media as relatively harmless. 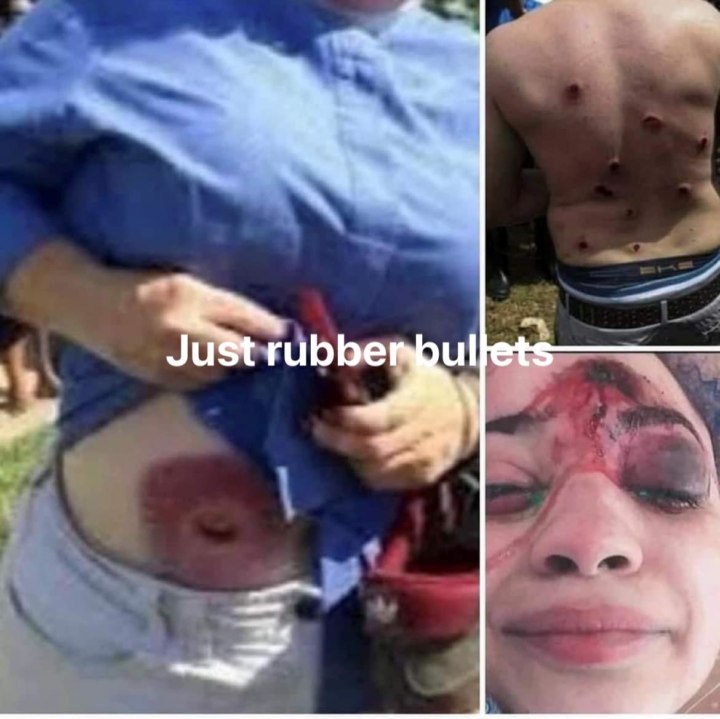 Another video shows a large group of riot squad officers swiftly and aggressively approaching a man who is by himself and appears to pose no threat, and brutally taking him down and subduing him. The hostile demeanour and actions of the officers is clear. The caption merely reads, “Welcome to Melbourne Victoria!”.

Yet another video shows riot officers violently taking down two men, with additional officers charging and violently kneeing them while they are subdued on the ground. The caption to that video reads: “Here the precious vic pol keeping people safe from harm, the fucking filth! keep it up you pricks it’s coming”.

And of course there is the dangerous assault of an unarmed man on Flinders train station, whereby an officer approaches the man from behind and aggressively throws him head first to the paved floor. The man appears to be speaking with officers and to pose no threat. Witnesses say the man was left unconscious in a pool of blood and urine.

There are also reports of the police and media propagating misinformation about the events, with protesters asserting, for example, that the claim they urinated on a Melbourne memorial is entirely fabricated – that the source of the urine was a police horse, not protesters. 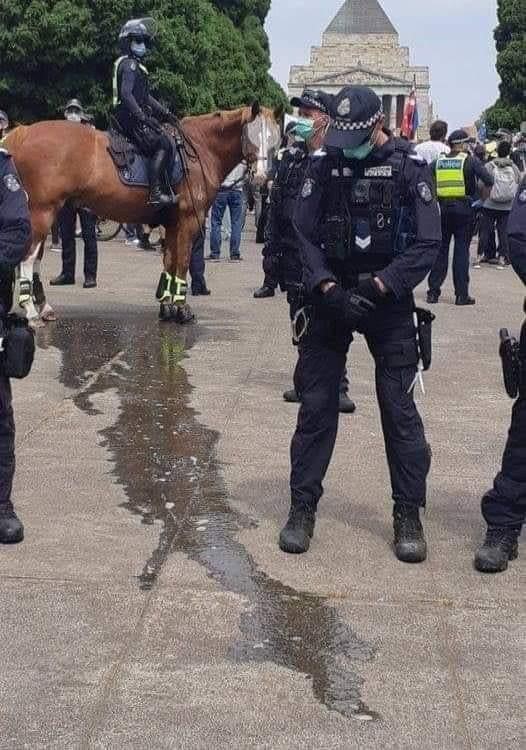 That report is similar to misinformation that a protester in Sydney assaulted a police horse, a claim debunked by a full viewing of the footage which clearly shows the man’s arm raised in an attempt to fend off repeated charges at him by police officers on horses, and that he does not ‘assault a horse’ at all.

But, how did we go from pandemic to such escalating violence on the streets?

The severity and longevity of Melbourne’s lockdowns are well documented. As are the psychological effects: loneliness, increased domestic violence, emotional instability, depression, anxiety … and the list goes on.

It’s only recently that psychologists have begun to talk about the pent up frustration, otherwise known as ‘lockdown rage.’

And it’s not just spilling onto the streets in Victoria, it’s spilling out all over Australia — into social media, into conversations over backyard fences and into supermarkets queues.

And there’s plenty to be angry about: protesters, lockdowns, Covid denialists, masks versus no masks, vaccine mandates, QR check-ins, harsh fines and the slow rollout of vaccinations.

The social division across the nation is palpable.

Our national solidarity is perhaps the greatest casualty of the pandemic.

There are concerns the heavy-handed tactics employed by authorities are doing little more than deepen divisions in the community and embolden protesters, rather than make people more compliant and accepting of government policies.

And it should be said the past week’s events are certainly not first time the actions of police have been questioned during Covid.

Last year, footage emerged of Victorian Police ramming a civilian in the back with their car, before several officers tackled him on the ground. One officer stomps on his head, while other footage seems to suggest this was followed by a sly knee to the skull. Another incident emerged in which police put a woman into a chokehold for not wearing a mask.

Civil Liberties groups have expressed their concern at the actions of police over the course of the past week, and the Human Rights Law Centre has called on the Victorian government and Victoria police to be open and  transparent around the justification of the police response, including showing how much Covid-19 transmission has occurred during protests.