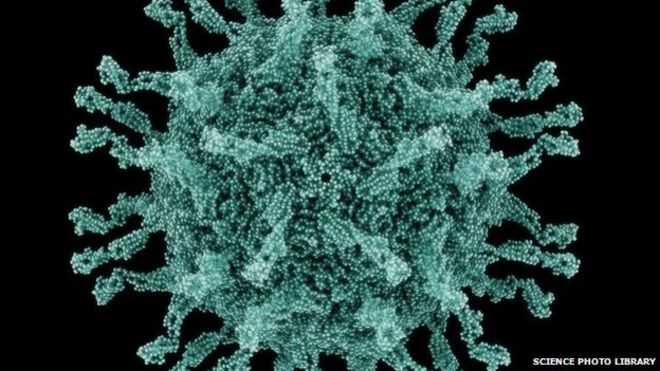 A British man who was vaccinated against polio has been producing the virus for nearly 30 years.

He had an immune disorder that mean the weakened polio virus used to vaccinate him in childhood survived in his body.

Over time it has mutated into a form of the virus that can cause paralysis and he had no idea the jab had not worked.

Polio is only endemic in Pakistan, Afghanistan and Nigeria although Nigeria has now gone more than a year without a case.

The discovery was made by a team from the National Institute for Biological Standards and Control in Potters Bar, Hertfordshire.

They now warn that similar cases could trigger new outbreaks and hamper efforts to eradicate the disease.

They wrote in the journal PLOS Pathogens: “While maintaining high immunisation coverage will likely confer protection against paralytic disease caused by these viruses, significant changes in immunisation strategies might be required to effectively stop their occurrence and potential widespread transmission.”

The man had a full course of polio vaccinations, including three doses of weakened live virus at five, seven and 12 months old, followed by a booster when he was about seven.

He was later diagnosed with a condition that suppresses the immune system, affecting its ability to kill viruses in the gut.

His stool samples contained high levels of polio virus – the researchers estimated the man had been shedding live polio in his stools for as long as 28 years.

The virus had also mutated dramatically and were no longer the weakened, or “attenuated”, versions of the virus which are used in the vaccinations.

The infection was neutralised by using blood plasma taken from people with healthy immune systems who had been immunised against polio.

According to the scientific team, several highly mutated polio strains, originating from vaccines, had recently been isolated from sewage samples in Slovakia, Finland, Estonia and Israel.

All bore the molecular fingerprints of “iVDPVs” – vaccine-derived polio viruses from immunodeficient individuals.

The researchers are calling for enhanced surveillance including sewage sampling and stool surveys to search for the presence of iVDPV strains.

They also suggest the development of efficient anti-viral treatments to interrupt virus replication in people who deficiencies in their immune system.