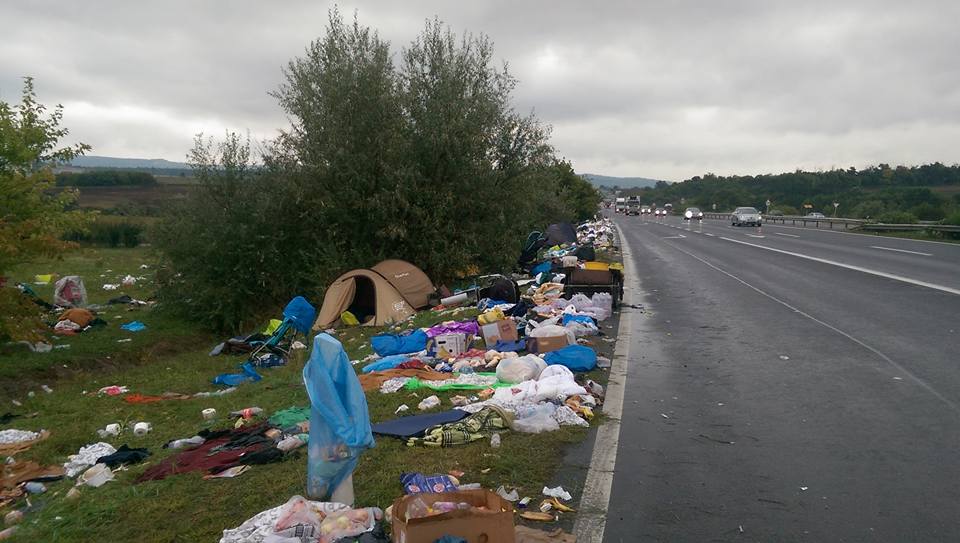 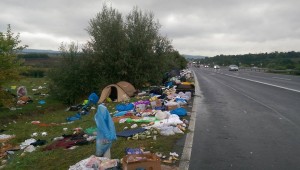 NOTE: Look at this disgusting mess, the invaders only care about getting to wealthy countries so they can get welfare handouts. Europe now has a terminal cancer & will never be the same again.

An eye-witness account from Kamil Bulonis, a Polish travel blog writer, who was present on the Italian-Austrian border on September 5, 2015, as swarms of Third World nonwhites  poured across the border to invade Austria and Germany (A translation from Polish):  (Please note: all pictures from the Hungarian-Austrian border)

With all solidarity with people in difficult circumstances I have to say that what I saw arouses horror … This huge mass of people – sorry, that I’ll write this – but these are absolute savages … Vulgar, throwing bottles, shouting loudly “We want to Germany!” – and is Germany a paradise now?

I saw how they surrounded a car of an elderly Italian woman, pulled her by her hair out of the car and wanted to drive away in the car. They tried to overturn the bus in I travelled myself with a group of others. They were throwing faeces at us, banging on the doors to force the driver to open them, spat at the windscreen … I ask for what purpose? How is this savagery to assimilate in Germany?

I felt for a moment like in a war … I really feel sorry for these people, but if they reached Poland – I do not think that they would get any understanding from us … We were waiting three hours at the border which ultimately could not cross.

Our whole group was transported back to Italy in a police-cordon. The bus is damaged, covered with faeces, scratched, with broken windows. And this is supposed to be an idea for demographics? These big powerful hordes of savages?

Among them there were virtually no women, no children—the vast majority were aggressive young men … Just yesterday, while reading about them on all the websites I subconsciously felt compassion, worried about their fate but today after what I saw I am just afraid and yet I am happy that they did not choose our country as their destination. We Poles are simply not ready to accept these people – neither culturally nor financially.

I do not know if anyone is ready. To the EU a pathology is marching which we had not yet a chance to ever see, and I am sorry if anyone gets offended by his entry …

And this was the greatest horror … For among those few thousand people nobody understood Italian or English, or German, or Russian, or Spanish … What mattered was fist law… They fought for permission to move on and they had this permission— but did not realize that they had it!

They opened the luggage hatches of a French bus—and everything that was inside was stolen within short time, some things left lying on the ground …

Never in my short life had I an opportunity to see such scenes and I feel that this is just the beginning.”