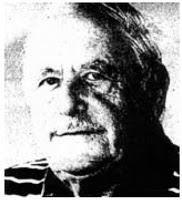 Why did the prosecutor lie to the judge?
There are many strange incidents and events relating to the Port Arthur Massacre. One of the most enigmatic is one of the victims – Jim Pollard.

Jim was shot and killed at the Port Arthur tollbooth, about 1.50pm on Sunday 28 April 1996. He had been driving Ken Nixon’s gold BMW. In the passenger seat, Ken’s wife Rose Nixon was also shot and killed by the Port Arthur gunman.
His other passengers on that fateful day were Robert and Helene Salzmann. Reading Ken Nixon’s witness statement, we learn that Jim was travelling with Robert and Helene, and Ken loaned them his BMW, to save them the cost of a hire car.

The story begins with Jim, Rose, Robert and Helene driving to Port Arthur for the Sunday. The next information that we have is from Nicholas Cheok’s witness statement, saying Jim had parked the BMW in the wrong lane, blocking the entry of anyone else to the site while the shootings were happening. He also saw Robert and Helene were NOT in the BMW, they were sitting in the yellow Volvo, talking to the blonde man.

This event is completely ignored by the crown prosecutor in statements to the court. Here’s the verbatim transcript from pages 156-158 of the transcript:

“Your Honour, after slaughtering the Mikac’s, Bryant re-entered his vehicle and drove up the entrance road, pulling up just past the tollbooth on the left-hand verge, approximately level with or slightly behind the Nixon BMW.  Photograph number 5 shows the position of the Volvo.  A few seconds later Miss Debra Rabe turned left from the Arthur Highway into the site entrance and drove towards the tollbooth to be confronted by the gold BMW blocking her path.  Miss Rabe and her passengers, Mrs Frida Cheok and son, Nicholas, observed a woman in the front passenger seat of the BMW we believe to have been Mrs Nixon, motioning to them with her hands as if to say, ‘go back’.”

Up to here, this matches Nicholas Cheok’s witness statement. Can you see where the lies begin?

“At the same time they observed two men, Bryant and Mr Salzmann apparently arguing at the driver’s side door of the Volvo.  It is the Crown case that Bryant then quickly moved a step or two to the rear of the Volvo and removed the .308 calibre SLR rifle.  A few more words were exchanged and Bryant raised the rifle and shot Mr Salzmann at point blank range through the neck, a lethal injury, causing Mr Salzmann to fall straight backwards to the roadway

By this time another car had pulled up behind Miss Rhodes’ vehicle, the occupants of this car having been alerted to the horror of the scene before them by the urgent signalling of Mrs. Cheok, quickly reversed back towards the entrance allowing Miss Rabe to do likewise.  While Miss Rabe was in the process of reversing her vehicle Bryant turned his attention to the two remaining occupants of the BMW.  The exact sequence of events in the next few seconds is not entirely clear but it seems probable that Bryant went to the rear driver’s side door of the BMW and pulled Mrs. Salzmann from the vehicle shooting her as he did so.   Mrs. Salzmann sustained a fatal gunshot injury, the bullet entering her neck and exiting through her left upper back.  And I refer your Honour to photograph number 6.

The Crown case is that Bryant then walked to the front passenger side of the BMW where Mrs. Nixon was seated and shot her twice before dragging her body clear of the vehicle onto the roadway.  Mrs. Nixon sustained two gunshot wounds, one entering her right shoulder and perforating her neck and cervical spine, the other entering her left shoulder and perforated the left chest cavity.  Both of these wounds were lethal injuries.  I refer your Honour to photograph number 9.”

End of transcript. I’ve put the disputed text in italics.

Nicholas Cheok saw far more than an argument, but the prosecutor did not tell the judge that both Helene and Robert were sitting inside the yellow Volvo. He also chooses a strange turn of phrase – The exact sequence of events in the next few seconds is not entirely clear but it seems probable – why say that? Nicholas Cheok saw the whole thing. The facts are not in dispute. Why cloud the issue with uncertainty? Helene Salzmann was not in the BMW. She was in the Volvo. Nicholas Cheok and the location of her body supports Nicholas Cheok’s report. Let me ask you this – if a person is shot in the chest, does the bullet travel down, from their neck to their upper back? Or does that happen if they are kneeling, and the shooter looming above? Nicholas Cheok saw Helene dragged from the Volvo, thrown to the ground and then shot from above – consistent with the prosecutor’s statement of fact.

Who were James Russell Pollard and Robert Salzmann?

Why did the Police steal Jim’s notebook and not return it to his family?

Why did a Police report travel from Port Arthur to rural NSW virtually instantaneously?

Why did the prosecution cloud their statements about Jim and Robert in vague language and uncertainty?

A formal inquiry is needed to identify these individuals, and their reasons for being at Port Arthur and blocking traffic into the site while the massacre was happening.

The 2nd Empty Chair is a fiction novel, based on the witness statements and court documents. Using poetic licence, it links the facts that we know into a plausible, possible narrative that ‘pokes more holes in the official story than a Pastafarian’s colander.’ 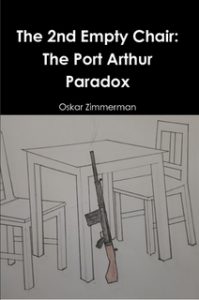