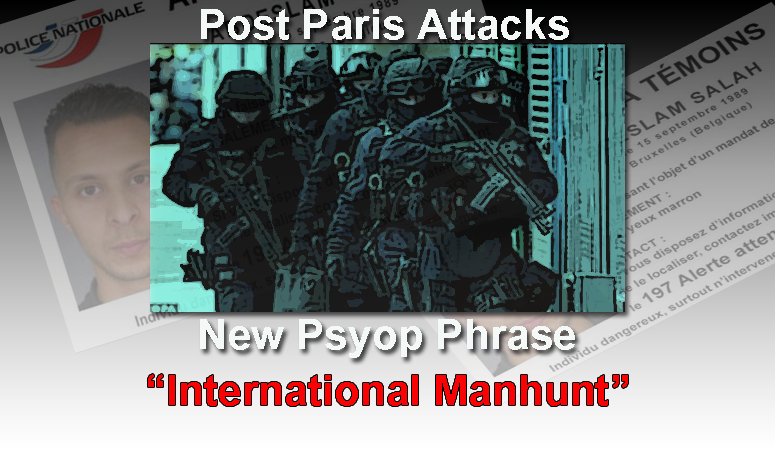 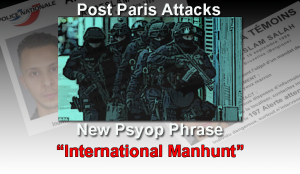 One of the least talked about issues when it comes to false flags and staged events is how the control system is quietly using some of these events to introduce new phrases and concepts that are inching us ever closer to a global order of enslavement. We saw this during the Boston bombing events in April 2013. During all the mayhem, the controllers quietly rolled out “Lock Down” on everyone. Police searching for 2 men suddenly justified “locking down” an entire city. You would think criminals are a new concept.

Back then everyone, even many truth seekers, failed to see that looking for people is what police do for a living. There is nothing unusual about looking for someone. What justified the over-the-top reaction including “locking down” an entire city is the level of hysteria programmed into the story which the mainstream media creates with 24/7 “breaking news” coverage. The mind control psychological operation of fear, panic and overreaction is created by mainstream media. This then justifies (or includes) the dramatic overreaction by the state actors. Included in this acceptable overreaction is the expectation of police misconduct, ignoring of ethics and standard procedures. These ramped-up, staged overreactions to orchestrated events seem to give police the green light to murder whoever they wish. Have you noticed this yet? It’s scary to think but the general public is being conditioned to EXPECT the villain to be murdered by police without a trial or attempt to simply apprehend the villain. This is convenient for the controllers since it allows them to fill in the blank and make up any story they want.

Another example of phrases rolled out the public from the recent past is the shooting of a protester that took place in Ferguson, Missouri in August of this year (2015). In this protest the shooting of ONE man combined with the mainstream media hysterical coverage of the event justified introduction of the phrase “state of emergency.” Anyone pick up on this? When has the murder of ONE person constituted a “state of emergency” for an entire city?? Are murders are a new thing? Many people have been murdered throughout the history of the U.S. and none of these murders constituted a broad “state of emergency.”

Fast forward to the (recent) Paris attacks. Mainstream media continues to frantically cover the Paris shooting 24/7 because they need you to feel the fear. This is how they stay in power. Sadly, most people have no idea this entire event is designed to strengthen the new world order and enslave the masses further.

So while everyone was wallowing in the 24/7 Paris breaking news theater this past weekend the control system rolled out a new psyop phrase on the masses. The supposed manhunt for the so-called eighth suspect is not just a manhunt. The special phrase recently rolled out is “International manhunt.” I believe in light of all the stated goals for a “global” police force, this may very well have been the primary purpose for the Paris attacks.

Agenda 2030 talks about the goals for global “peace” and “prosperity” and you can’t have global peace without insinuating that we’ll need some kind of global police force. The “Strong Cities Network” is another new world order agenda already in play where cities around the world are being asked to volunteer into this cooperative project where cities will focus on “global” security in light of what they claim is global extremism and terrorism.

All the writing is on the wall. And with the new concept of “International manhunt” being rolled out, that only means one thing. They are conditioning everyone into accepting this unified global police effort. We can expect to hear this phrase a lot more often.

As I mentioned in my article previous to this one, I believe portraying ISIS as a supposedly “super-mobile” terror group was the plan all along to justify the call for a Strong Cities Network and a global police force. I believe this push for a global police is taking place partially because the West is realizing they could lose their ISIS fighters in Syria so they might as well use ISIS to establish the global police