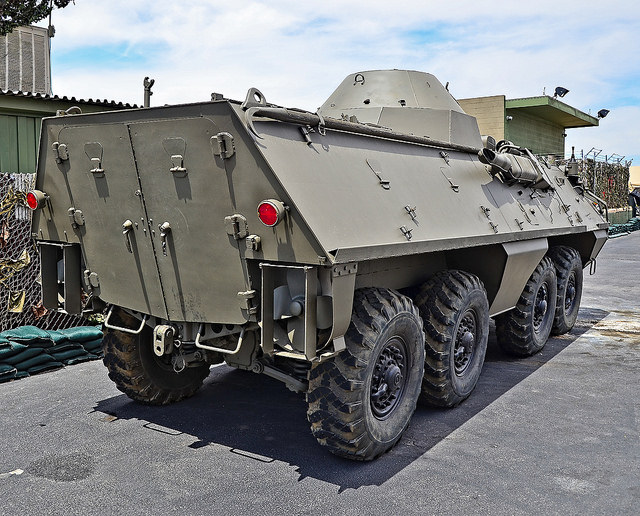 Why would a private paramilitary firm be working hand-in-hand with the LVMPD on the night of the massacre?

LAS VEGAS (INTELLIHUB) — According to actual law enforcement communications from the night of the Oct 1 massacre, a private company named Battlefield Vegas worked hand-in-hand with the Las Vegas Metropolitan Police Department after receiving orders to deliver three armored vehicles to South Central Aera Commandas strike teams were being dispatched to numerous casinos along the strip.

LVMPD Control: All units be advised. There is going to be three armored cars en route to South Central Air Command followed by a silver Dodge Ram. They’re taking Frank Sinatra to Russell, okayed from SWAT.

Three-ocean-fifty-five: We have three armored cars that are at Russell and Las Vegas Blvd, they are not affiliated with law enforcement but the Sargent called them from Battlefield Las Vegas and they are waiting for their orders.

What were these vehicles used for? Why were they taking orders from LVMPD? What’s the connection?

Some online researchers have made claims that the reported shooter Stephen Paddock was a client of Battlefield Vegas, however, there is no concrete evidence connecting Paddock to the private paramilitary firm at this time.

Battlefield Vegas has refused to comment on the matter publically and has even gone as far as verbally trespassing at least one reporter from the premises ‘for asking too many questions, as Jake Morphonios reported on Monday.