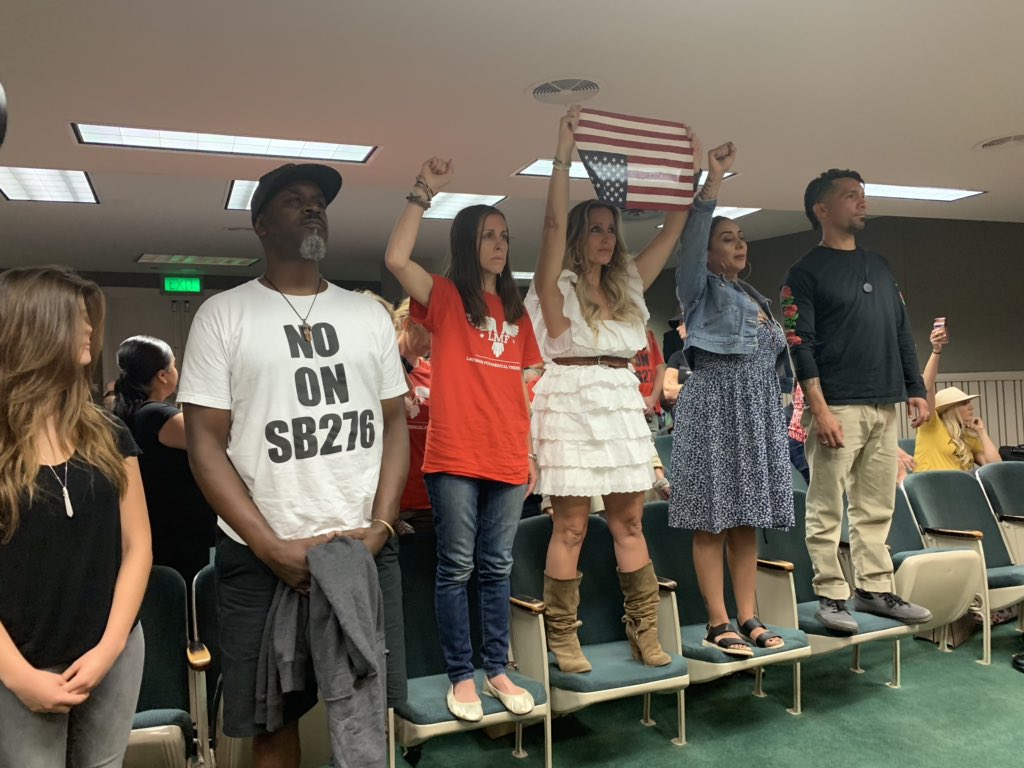 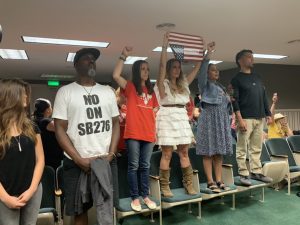 READ MORE AT THE HIGHWIRE

Today, the hotly contested California Senate Bill 276 (SB276) was heard in front of the Appropriations Committee chaired by Assembly Member Lorena Gonzalez. While previously sitting in the suspense file, where the Appropriations Committee sends any bill with an annual cost of more than $150,000 to be considered after the state budget has been prepared, SB276 was ruled on with no testimony as is common with such votes.

As the hearing began, Gonzalez stated, “I’m going to take one bill out of order because I realized there are a number of people who travelled, some long distance, to hear this bill. I think there was miscommunication on how quickly these go along.”

From there, the motions were sufficient to get SB276 out of the suspense file on a B roll call. Next up for SB276 will be an assembly vote along party lines next week.

Immediately after, Gonzalez was greeted with opposition from within the Appropriations Committee audience. Several members climbed onto their chairs, one holding an upside-down American flag, in protest of the bill’s removal from the suspense file and refused to move.

Gonzalez told the protestors, “We can’t have people just standing on chairs all during the meeting…I’m going to have to ask the Sergeant at Arms to ask you to sit down or leave.” The standoff continued forcing Gonzalez to temporarily recess the hearing.

Chanting “You have not represented California for all,” the protestors continued as more voices joined while the committee was forced to remain on extended recess for over an hour. Among those voicing their opposition to the bill were members of Latinos for Medical Freedom, Parents United 4 Kids, and others. Refusing to step down off the chairs, the California Highway Patrol was reportedly called. Gonzalez began the committee after over an hour of recess and was comically forced to speed read the remainder of the bills over the continued, disrupting chants.

Days before today’s hearing, over a thousand people gathered in Sacramento on the steps of the state capitol to protest SB276. The peaceful protest saw speeches by HighWire host and founder of the Informed Consent Action Network Del Bigtree, Robert F. Kennedy Jr., and others.