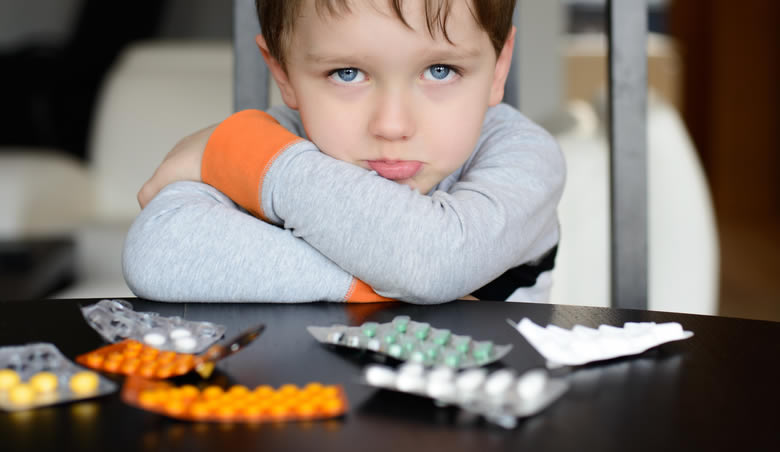 Australia is experiencing a tidal wave of psychiatric drugging. In a population of just over 24 million, more than 35 million prescriptions are written for psychiatric drugs every year, with $8 billion spent annually on mental health. Of great concern is the growing numbers of children and teenagers on antidepressants when no antidepressant is approved for use in children under the age of 18 for depression. Considering the huge increases in psychiatric drug consumption over the last twenty years – drugs we are told are nothing short of miraculous – why aren’t we doing better? This compelling documentary details the real story of what lies behind the ever-increasing psychiatric funding and drugging of our children and society. Watch Psychiatry: Friend or Foe? The Untold Story of Australian Psychiatry. It is vital information everyone needs to know.

There has been a dramatic increase in the psychiatric labelling and prescription of psychotropic drugs to Australian children. Parents have a right to know of all the alternatives and potential side effects of psychotropic drugs proposed for their children so they can give fully informed consent. Yet there are many facts about these drugs, including dangerous side effects, parents and others who are responsible for the welfare of these children are just not being told.

The psychiatric Diagnostic and Statistical Manual of Mental Disorders (DSM) is the primary reference used in the diagnosis of ADHD and other psychiatric labels in Australia. It has no scientific basis. In 1987, American Psychiatric Association members simply “voted” on a list of behavioural symptoms, called this new “disorder” ADHD and inserted the symptoms into the DSM which Australia has since adopted. It created a false international epidemic. Our children’s lives are being placed at risk by an alliance which works like this: The American Psychiatric Association invents disorders and adds them into the DSM. Drug companies then make drugs to match the new disorder and then apply to Australia’s drug regulatory agency, the Therapeutic Goods Administration (TGA) for authority to use them in Australia.

The psychiatric theory that a “chemical imbalance” causes depression, requiring antidepressants to “balance it out” is fraudulent. As psychiatrist Dr. Ron Leifer states, “There’s no biological imbalance. When people come to me and they say, ‘I have a biological imbalance,’ I say, ‘Show me your lab tests.’ There are no lab tests. So what’s the biochemical imbalance?” Faced with media exposure of this in 2005, Dr. Steven Sharfstein, then President of the American Psychiatric Association, admitted that no “clean cut lab test” exists to determine such a chemical imbalance in the brain. Parents have the right to ask for scientific evidence of the “mental disorder” their child is said to have.

By August 2011, there had already been 14,979 adverse reactions reported to the TGA linked to antipsychotics including 667 deaths. Of those, 1,094 involved children aged 0 to 19 years including 15 deaths. Between 2009 and 2012 there was a 45% increase in prescribing of antipsychotics to 3-9 year olds. Side effects of antipsychotics include, diabetes, drowsiness, drop of blood pressure, increased heart rate, headaches and stiffening and trembling of the muscles.16

ALTERNATIVES: There is no doubt that some children who are troubled require special care. But they should be given holistic, humane care that improves their condition. Institutions should be safe havens where children and adults voluntarily seek help for themselves or their child without fear of indefinite incarceration or harmful and terrifying treatment. They need a quiet and safe environment, good nutrition, rest, exercise and help with life’s problems. Extensive medical evidence proves that underlying and undiagnosed physical illnesses can manifest as psychiatric symptoms and therefore should be addressed with the correct medical treatment, not psychiatric techniques. Studies show that once the physical condition is addressed, the mental symptoms can disappear. With proper medical treatment and real help children can lead healthier, happier lives.

2 thoughts on “Psychiatric Labelling and Drugging of Australian Children”