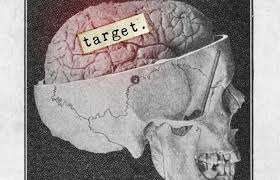 “There are cultural myths that are easy to overturn. People see through them quickly. But the prevailing core myths are tougher. Much tougher. Most people resist even discussing them. In the old days, the Church tortured and burned people who discussed them. Now, it’s social ostracism. Now, in some cases, it’s the State kidnapping children to send a message.” (The Underground, Jon Rappoport)

Since none of the 300 official mental disorders has any defining physical test for diagnosis, there is no proof they exist. Period.

You could interview thousands of people who say they feel depressed, and you would find significant differences. The more you listened to their stories, the more you would be convinced of the differences.

You would be splitting apart the central idea of “depression” and realizing it has no common center.

This is hard for many people to believe. That’s how brainwashed they are.

There are no common universal states of consciousness. It’s all unique, from person to person.

A dominant myth is supposed to be inclusive, in the sense that people feel lost without it. They can’t attribute all sorts of human activity to anything else but the myth. They can’t see their way past it. They feel stymied without it.

Ever since Pavlov and Freud, the idea of “disordered mental states” has been expanding. It’s reached, in psychiatry, codification. That’s where it really takes on power. Pseudoscientific gobbledygook. 300 mental disorders. And an army of medical specialists ready to diagnose and drug them.

It’s pin the tail on the donkey, but the public doesn’t know that.

For decades, psychiatrists have been claiming that mental disorders are, at the root, chemical imbalances in the brain.

Dr. Ronald Pies, the editor-in-chief emeritus of the Psychiatric Times, laid that theory to rest in the July 11, 2011, issue of the Times — in Psychiatry’s New Brain-Mind and the Legend of the “Chemical Imbalance” (behind pay wall) — with this staggering admission:

“In truth, the ‘chemical imbalance’ notion was always a kind of urban legend — never a theory seriously propounded by well-informed psychiatrists.”

Researchers had never established a normal baseline for chemical balance. So they were shooting in the dark. Worse, they were faking a theory. Pretending they knew something when they didn’t.

In his 2011 piece in Psychiatric Times, Dr. Pies tries to cover for his colleagues in the psychiatric profession with this fatuous remark:

“In the past 30 years, I don’t believe I have ever heard a knowledgeable, well-trained psychiatrist make such a preposterous claim [about chemical imbalance in the brain], except perhaps to mock it…the ‘chemical imbalance’ image has been vigorously promoted by some pharmaceutical companies, often to the detriment of our patients’ understanding.”

Absurd. First of all, many psychiatrists have explained and do explain to their patients that the drugs are there to correct a chemical imbalance.

And second, if well-trained psychiatrists have known, all along, that the chemical-imbalance theory is a fraud…

…since those drugs are developed on the false premise that they correct an imbalance?

No matter which way you look at it, the concept of distinct mental disorders is fatally flawed.

But the myth survives. It lives on.

Earth culture wants it and needs it. Earth culture is all about constructing a deep core of victimhood that reaches down into every individual and defines and limits him, in the same way that Original Sin and attendant Guilt imposes limits on a so-called spiritual level.

These myths obscure truly dynamic and creative consciousness, which shapes and invents reality.

The pseudoscience of psychiatry is, on the whole, an attempt to block knowledge of the power of individual creative-force.

The mindless acceptance of psychiatry as a branch of medicine gives it the imprimatur of authority.

Myths impose standards of behavior and thought. Then they confirm their validity by observing that people (when imposed upon and coerced) do, in fact, behave and think in accordance with the myth. It’s a closed loop.

If leaders proposed, recommended, and demanded that people see with only one eye, the leaders would eventually go on to observe that people do, in fact, use only one eye.

Obviously, those who insisted on looking at the world with two eyes would be called heretics, or mentally ill. They would be called fantasists who believed in the existence of “another eye.”

And because conformity is the basis for sustaining all myths, sooner or later the population (most of it) would agree that a second eye was impossible.

In exactly the same way, the idea of consciousness which is intensely creative is viewed as a false fantasy.

You can rearrange deck chairs for as long as you want to, but until and unless individual creative consciousness is restored, there will always be a huge, stark, missing gap in any effort to establish social progress.

Yesterday’s victims will be tomorrow’s leaders, and then the roles will reverse again, and so on and so forth. But the cure will never be found.

One myth after another will substitute for the cure.

Taking the long, long, long view, psychiatry is merely a blip on the screen of history—a moment of insanity which attempted to prolong its existence by establishing

a monopoly on what constituted sanity and insanity. 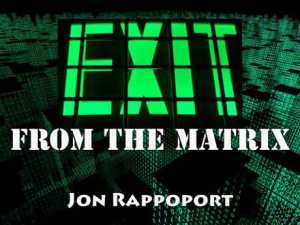