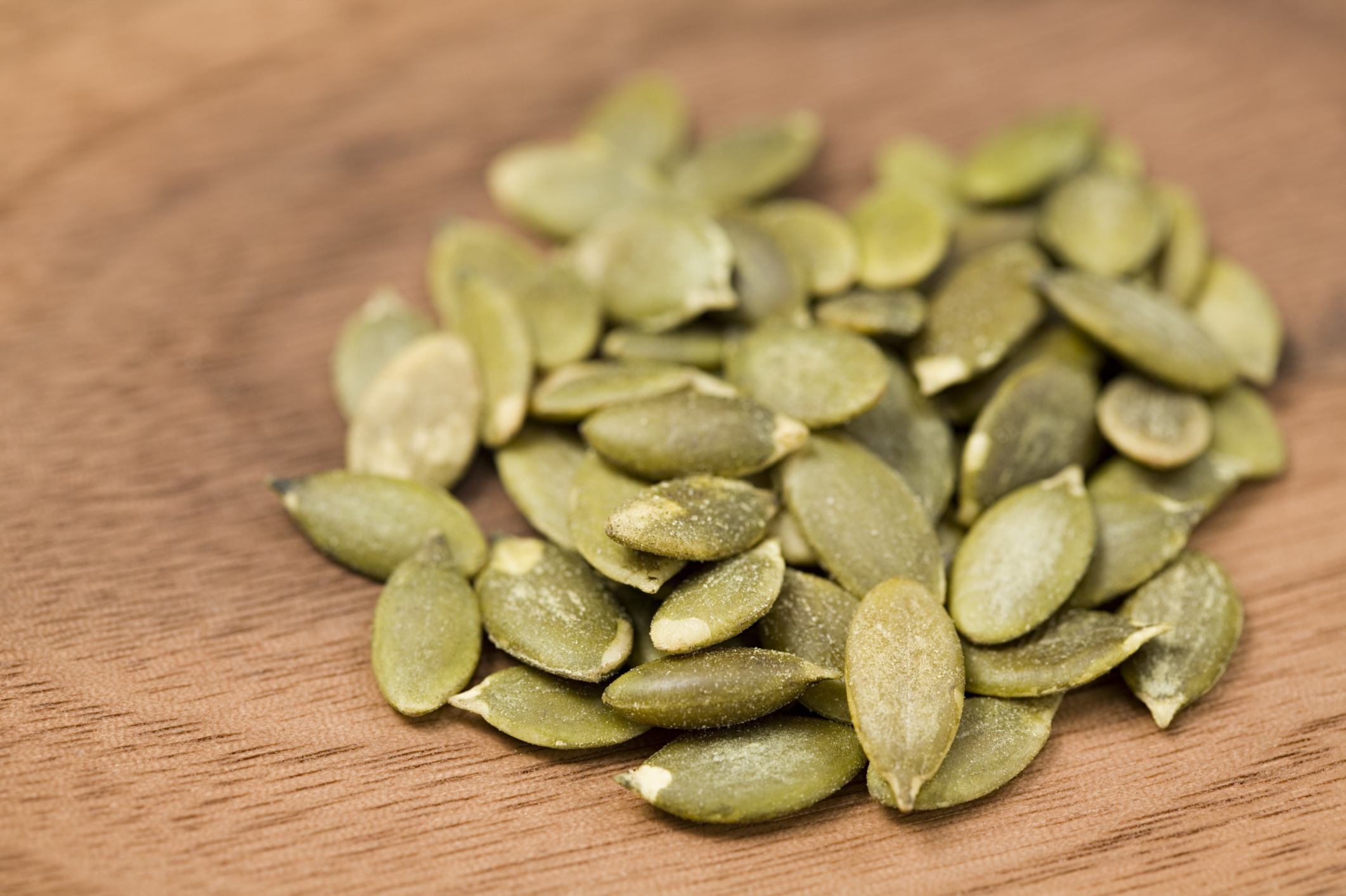 When Halloween is approaching and through Thanksgiving, pumpkins are sighted everywhere. From Thanksgiving through the Christmas holidays pumpkin pies are popular. But few know that there are diabetes and cancer fighting properties in pumpkins, as well as inflammatory reducing and immune boosting properties.

Pumpkins and pumpkin seeds contain cucurmosin, which is a type of inactivating protein. It is part of the Cucurbita moschata species, which includes pumpkin and squash that have developed the cucurmosin to protect the species from pathogenic microbes and fungi. Cucurmosin has been shown to induce apoptosis in various cancer cells tested.

Pumpkin pie consumed on a daily basis is not the healthiest approach for taking in cucurmosin. Pumpkin seeds can be eaten daily. Raw organic shelled pumpkin seeds are available inexpensively in most health food stores or online.

Some prefer them with shells intact after removing them from whole pumpkins. Those have to be oven roasted to become easily chewed and swallowed, but roasting too long, beyond 20 minutes, can reduce their nutritional value. Buying and snacking on the organic raw shelled store-bought variety is easier for daily consumption.

But if you’re into pumpkins, here’s how to roast the seeds with shells once removed from a pumpkin.

A 2005 Japanese animal (rats) study compared the efficacy of pumpkin seed extracts to soy germ extracts for decreasing urinary incontinence, a condition that leads to frequent urgent urination and in extreme cases demands diaper-wearing among those afflicted.

A 2016 Italian narrative review of several studies involving the effect of pumpkin seed extracts on benign prostatic hyperplasia (BPH), or enlarged prostate glands that are common among men over 50 concluded that pumpkin seeds or its extracts are beneficial for improving the quality of life for BPH sufferers and even restricting or reducing prostrate swelling. (Full review text)

I picked one from this literature review of several studies, The role of Cucurbita pepo in the management of patients affected by lower urinary tract symptoms due to benign prostatic hyperplasia: A narrative review. It was a German human clinical study involving 1,431 men aged 50 – 80 over a 12 month period, published in 2014.

This study demonstrated that the International Prostate Symptom Score (IPSS) among those treated with pumpkin seed extract was significantly reduced compared to the placebo group. Simply put, prostate enlarging was curbed or diminished along with the difficulty urinating common with BPH. (Study abstract)

The administration of flax and pumpkin seed mixture attenuated the increased levels of the plasma enzymes produced by the induction of diabetes and caused a subsequent recovery towards normalization comparable to the control group animals. Our results thus suggest that flax and pumpkin seed mixture supplemented to diet may be helpful in preventing diabetic complications in adult rats. (Study abstract)

They observed how pumpkin seed extract eliminated the cancer cells by inducing apoptosis, a process of converting a cancer cell into the normal process of self cell death instead of killing it the way chemo does. (Study abstract)

Another Chinese study, Antitumor effects of cucurmosin in human chronic myeloid leukemia occur through cell cycle arrest and decrease the Bcl-2/Bax ratio to induce apoptosis, also published in 2011, determined the apoptosis effect of pumpkin seed on leukemia cancer cells and “provided the rationale to investigate cucurmosin as a potential therapeutic agent for leukemia cells.”

Yet another Chinese study published in 2013 determined that the essence of pumpkin seeds, cucurmosin (CUS), inhibited the proliferation inhibition of human pancreatic cancer cell line SW-1990 in vitro (cell culture) and in vivo (animals).

Again, apoptosis was the mechanism of ridding tumorous cancer cells. Pancreatic cancer is the most rapidly fatal cancer within the standard mainstream oncology arena. They have very little to no success with it. (Study abstract)

The main take-away from these studies is that pumpkin seeds are not only helpful nutritional adjuncts for treatments, they are also useful, edible snack foods, to help prevent these diseases.

The seeds also provide antioxidant protection. Almost every type of vitamin E is contained in pumpkin seeds. There is even a little tryptophan thrown in to help create a good mood. Your immune system and heart health are boosted with pumpkin seeds. (Source)

Raw organic pumpkin seeds are shelled for convenient munching or adding to salads and cottage cheese or other foods.

Some consider whole shelled seeds more nutritious, especially with vitamin E. But they are a bit unwieldy for munching, so they are usually roasted for no more than 20 minutes to preserve their nutrition, yet make them easier to eat. It’s also difficult to get enough for daily snacking that way.

Some recommend grinding them and mixing them into smoothies or adding the ground powder onto foods. But once ground, they need to be used within an hour or two to avoid losing their nutritional value.