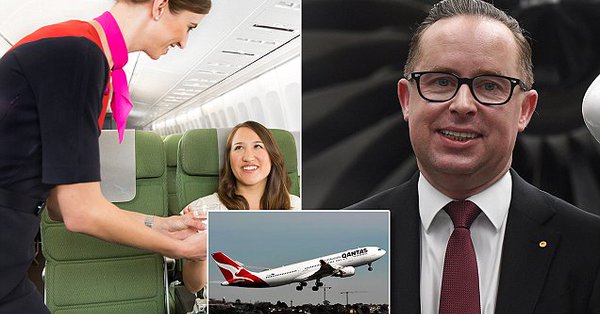 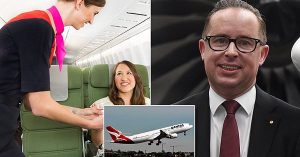 QANTAS has been accused of “overstepping the mark” after telling staff to avoid “gender inappropriate” terms such as husband, wife, mum and dad.

An information package was sent out to airline employees by People and Culture group executive Lesley Grant ahead of the company’s Spirit of Inclusion month, according to The Daily Telegraph.

In the booklet, staff are advised to stop using certain words that people may take offence to, particularly those in the LGBTI community.

“Always using the terms ‘husband­’ and ‘wife’ can reinforce the idea that people are always in heterosexual relationships,” the information pack reads.

“In the same way, always referring to ‘mum and dad’ can make many families feel excluded — both same-sex couples and single-parent families.”

Instead, staff are encouraged to use the phrases “partner”, “spouse” and “parents” so as not to discriminate against LGBTI families.

“Frankly if companies like Qantas want to give their customers a better deal, they can scrap all these inclusion units, just scrap them, save the money because it’s just rubbish this idea that we need a corporate thought police,” Mr Abbott said.

“I mean really and truly it is a complete, absolute and utter waste of money.

“I’ve been on hundreds of Qantas flights over many, many years now. Qantas staff are very good people. They are decent, sensitive people, they’ve got to deal with just about every possible type of person, and they don’t need this kind of nonsense, they really don’t.

“It’s an insult to them, quite apart from a great waste of money, but I’m afraid these are the very weird and strange times in which we live.”

The document outlines words not to say.Source:Supplied

Other terms the pack says to avoid include “guys”, “love”, “honey” and “darling”, stating that even though they are often used as a form of endearment they can often cause offence.

“Language can make groups of people invisible. For example, the use of the term chairman can reinforce the idea that leaders are always men,” the document states.

Employees were also told to “minimise manteruptions”, which refers to men interrupting while women are speaking.

“Research shows that in many situations, including the workplace, men interrupt and speak over women, while the reverse rarely happens,” the pack reads.

The pack even tells staff what stance they should take on controversial parts of Australian history, advising them to “recognise reality” that “Australia was not settled peacefully”.

Describing the arrival of Europeans as a ‘settlement’ is a view of Australian history from the perspective of England rather than Australia,” it says.

“Instead of settlement, try ‘colonisation’, ‘occupation’ or ‘invasion’.”

In a note to staff, Ms Grant says she wants to foster an environment where “everyone feels comfortable” and to uphold Qantas’ history of “support of indigenous issues, gender parity in business and marriage equality”.

People have taken to social media to voice their disagreement with the Australian airline’s list of “inappropriate” words.

The material was devised by the Diversity Council of Australia and similar information is provided to many of the council’s 450 member organisation.

In a statement, the Diversity Council of Australia said it was “not telling people what they can and can’t say”.

“We are simply asking people to put themselves in someone else’s shoes and look at what they say from another perspective – and be open to changing what they have always thought is ‘normal’, respectful and appropriate to say,” the statement says.

A Qantas spokeswoman told news.com.au: “We want Qantas to be an inclusive workplace and we shared some factsheets created by the Diversity Council of Australia with some suggestions on more inclusive language, particularly on gender, age and LGBTI issues.”

Many have shamed the airline for getting involved in social issues, claiming they should be focusing on running a business instead.

“@Qantas are over stepping the mark. If I wish to refer to my ‘partner’ as hubby i bloody well will! As a corp entity you shouldn’t be social engineering. If you stick to your core business, you might afford paying tax,” one Twitter user wrote.

“The problem is that you are offending me. Far better if you concentrate on running the airline than delving in social issues as ex employee & shareholder you are not paid for personal views,” another said.

Others said that the advise was offensive to heterosexual couples and families.

Australian airline Qantas has asked employees to stop using words such as ‘honey, darling and love’ because they have the capacity to offend.

One person added: “So now you want to call my wife of 30 years my ‘partner’? Do you know how offensive that is? Do you even care so long as you’re appeasing some focus group who take offence on behalf of others? Disappointed in you, Qantas”

“Qantas asks staff to use gender appropriate terms. This is pure discrimination against male and female couples how dare the decide what I or others prefer to be called”

The term “manteruptions” was also a point of contention for a lot of people, with many claiming the phrase is sexist.

“How sexist is #Qantas you offended me with your manteruption you are taking political correctness way to far,” one wrote.

“Female here who interrupts (contributes to!) most conversations. So it’s not just the men,” another said.

@Qantas
Should be ashamed!
This is Australia how dare they tell us what we can and can’t say!
Are people not aware of a thing called #FreeSpeech
Not to mention the sexism towards men in their policy!!#auspol@morningshowon7