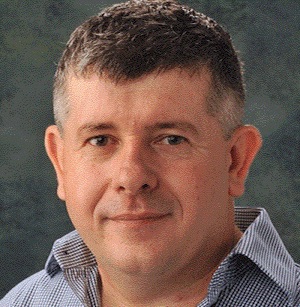 Who is Stephen Lambert?

Dr. Stephen Lambert is a part-time employee of the Communicable Diseases Branch of Queensland Health. He has previously held the role of Acting Chief Health Officer for Queensland. He has also been deeply involved in the attacks on the AVN (a volunteer run citizens group concerned about the safety and effectiveness of vaccines) in his long-term role as an admin of Stop the Australian Vaccination Network (SAVN); a role he has actively sought to conceal by using at least two aliases.  He currently goes by the alias of Steve Dave on Facebook (SD) and @sblambo on Twitter.  He previously went by the alias of Dave Colemansen (DC), between 2010 and 2013.

As can be seen in the screenshot below, he supports mandatory vaccination, as do most SAVN admins and members.

“Parents should not have the power to stop their children being vaccinated”. He is one of 247 members of SAVN splinter group, Northern Rivers Vaccination Supporters (NRVS).  It was recently reported that NRVS attempted to bully Nine News into axing a vaccine injury story. SAVN is a vigilante hate group formed in 2009 to avenge the death of Dana McCaffery, a baby too young to be vaccinated against Whooping Cough.  Both the McCafferys and SAVN admins and members have consistently blamed Dana’s death on low vaccination rates in the Northern Rivers of New South Wales, where the AVN is based, rather than evident vaccine failure.  As well as targeting the AVN as an organisation, the McCafferys and SAVN also viciously targeted Meryl Dorey personally.  Professor Brian Martin has written a number of articles about the vile tactics employed by SAVN.  A selection of these are available at the following links.

Debating Vaccination: Understanding the attacks on the Australian Vaccination Network

On the suppression of vaccination dissent

What SAVN doesn’t want you to read

Public mobbing: a phenomenon and its features

Despite claiming to be a grassroots organisation, in its submission to the Senate inquiry into ‘No Jab No Pay’ in 2015, SAVN admitted to having a management teamcomprising  no less than “46 doctors, scientists, nurses, allied health professionals, academics, experts in other fields, and laypersons”, with no mention that one of the management team was none other than Qld government doctor and sometimes Chief Health Officer, Stephen Lambert.  We would be very surprised if there are not more Health department doctors involved with SAVN.

As will be shown below, Lambert has now admitted to problems with the effectiveness of the Whooping Cough vaccine, a fact about which he would have been well aware for a very long time; at least as far back as 2010.   After all, his peer in the South Australian Communicable Diseases Branch, Dr. Ann Koehler, has admitted to knowing as far back as 2010 that high rates of vaccination would not protect newborns (like Dana McCaffery) too young to be vaccinated (and in her presentation she refers to Lambert being in the audience).

He most certainly would have been aware of this when the federal parliament abolished the right to conscientiously object to vaccination during 2015, one of the key reasons being the lie that babies were dying from Whooping Cough because of low vaccination rates, yet this information was conveniently omitted from SAVN’s submission to the Senate inquiry into ‘No Jab No Pay’. Their submission included the following:

The complications of pertussis involve extensive suffering and hospitalisation, and sometimes death. In Australia, the two most recent deaths from pertussis were of babies who fitted into this category, having been too young to be fully vaccinated. In order to protect these children, health authorities recommend that all other people who come into contact with incompletely vaccinated babies get a booster shot for pertussis (a strategy known as “cocooning”) but this provides only moderate protection.

With such care taken to ensure mothers and close contacts of vulnerable infants are up to date with their shots, it seems nonsensical that childcare workers or children whose parents identify as “conscientious objectors” (or more correctly “vaccine refusers”) should be exempt from vaccination.

(The AVN was initially  offered a right of reply to SAVN’s submission, but the committee refused to publish most of it, even though it was entirely factual and supported by evidence.)

The vaccine does not prevent infection and he knew it.

Yes, SAVN comprehensively and knowingly lied to the Parliament.

The known lack of effectiveness of the ‘cocooning strategy’ also did not stop Toni McCaffery telling the Prime Minister in March 2017 that Dana would still be alive if all children in her older child’s childcare service had been vaccinated against Whooping Cough.

Surely her good friend Dr. Lambert would have advised her that is a lie?  After all, he works in the Communicable Diseases Branch of Qld Health and has even acted as the Chief Health Officer previously.  Unfortunately, Toni McCaffery has incited unquantifiable hatred against innocent children and their parents by falsely pointing the finger of blame at them over many years, yet back in 2009, she stated that Dana could have caught Whooping Cough anywhere.

We have tortured ourselves with questions: Was it in the hospital? Was it from our son’s school or daughter’s childcare centre? Was it at the GPs? Was it at a birthday party? Or was it a loving relative or friend who doesn’t know they have the bacteria?

It’s important to note that the Queensland Director-General would have acted on the advice of the Communicable Diseases Branch (where Lambert is employed) in approving the funding of Whooping Cough ‘cocooning’ vaccines between 2009 and 2012.  This is likely to have cost Queensland taxpayers millions of dollars over the three year period, funds which could have been spent on more worthy programs, raising questions about whether this matter should be referred to the Queensland Crimes and Corruption Commission.

Lambert can also be seen regularly attacking Judy Wilyman on Twitter, describing her as human garbage no less. Have a think about that for a minute: a doctor describing us as human garbage.  It’s not hard to draw a parallel between his dehumanising agenda and that of other tyrannical regimes from recent history.

Lambert’s belated admission that the Pertussis vaccine is a dud

In the following video, it can be seen that Lambert was a speaker at the 2017 SA Vaccinology Update, during which he described the Whooping Cough vaccine as an ‘unsuccess’.

I don’t know about you, but his description of ‘breakthrough’ Chickenpox is identical to, well… Chickenpox, both in terms of severity and duration, but he can’t admit that now can he?

Too little too late

His admission about the Whooping Cough vaccine comes too late.  Parents have already lost their right to object to vaccination based on the fraud that is Whooping Cough vaccine propaganda, and this government doctor is neck-deep in it.  Since there is no honest mainstream media anymore it has been left to the victims to expose him, and the other public health doctors who have relentlessly scapegoated unvaccinated children for the purpose of concealing vaccine failure.  It makes you wonder how they sleep at night?