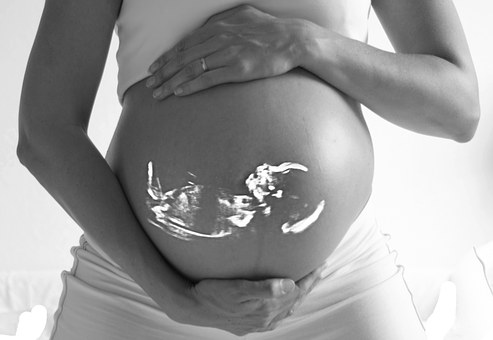 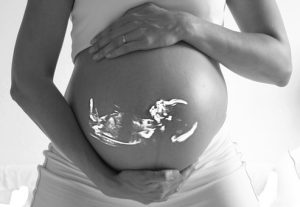 READ MORE AT BIRTH OF A NEW EARTH

The following excerpt was translated from a Czech website into English through google translate. This work concerns the ultrasound studies of Russian scientist, Peter Gariev, whose findings have been condemned by the medical radiation establishment that has done its best to bury the information you are about to read.

Despite their efforts to try to prevent the public from learning the facts, I am doing my part to resurrect not only the following info but the many hundreds of studies that have demonstrated that ultrasound is causing grievous harm to our children and our bloodlines.

Portions of the following can be found in my book, The Dark Side of Prenatal Ultrasound and the Dangers of Non-Ionizing Radiation, which contains more than 1200 citations to affirm that we must stop exposing our babies to this technolgy.

Please share the following information widely to help bring it into the light.  Humanity needs to know what the medical establishment has done to the genetic integrity of mankind through their wicked, radiation-emitting technologies, of which ultrasound is just one.  Exposing developing babies to ultrasound is INSANE and extremely dangerous. Parents need to know the facts. Please take the time to read this. I have done my best to highlight very important portions.

“I have to confess,” says P. Garjaev, “at the beginning of the research, we were very concerned that the laws of genetics could be destructively used against humans. But it has been proven for a long time by official ultrasound examination medicine. And now it’s hard to imagine the long-term destructive consequences that these extensive experiments on humans will bring. “

Everything began when the biological science candidate Peter Petrovich Garjaev and the candidate of mathematical-physical sciences, Andrei Alexandrovich Berezin, commissioned a bold role to penetrate the inner sanctuary of living matter – the wave genome that controls the development of the organism. Nature carefully and diligently protects the genome from disruption to preserve hereditary programs for future generations. But scientists have decided to introduce changes in them and enter new “texts” into DNA.

It is known that various isolated DNA molecules are produced from the isolated DNA molecules. This is a real symphony of life where tones of all tissues, organs and systems that can develop according to the DNA command are present. But scientists can only find out the spectrum of acoustic oscillations so far. There are so many of them and they are so weak that only super detection devices can distinguish them.

Garjaev and Berezin poured an aqueous solution of DNA molecules into the flowers and influenced it with an ultrasound generator. They refused to reveal the frequencies of acoustic vibrations, but announced that some tones could be heard by the ear as a thin whistle. The researchers do not hide the results of this experiment, but they consider it their duty to get as many people as possible.

Before using an ultrasound generator, DNA molecules produce sounds over a wide range, from several to hundreds of hertz-Hz. And after using ultrasound, molecules sounded with special emphasis on the same frequency of 10 Hz. This frequency remained the same for several weeks after the experiment and its amplitude was not reduced at all. Figuratively speaking, the diversity of frequencies has been lost in the symphony of life, and one penetrating frequency – tone has prevailed.

This result is explained by Garjaev figuratively on a high-speed computer that instantly solves and gives a huge variety of solutions. But imagine that we hit the computer with a hammer and the result is that it gives the same answer to all the different questions. Something similar happened in the wave genome when we deafened it with ultrasound. His wave matrix was so distorted that one frequency increased!

But even more surprising was the fact that the distortion of the acoustic oscillation did not occur immediately. After using ultrasound, they checked the sound frequencies of DNA, but no change in “melody” was found. Disgusted by the failure of the preparation they poured out, poured a new preparation and placed it in the refrigerator. The next day they thawed and measured a new unused preparation, they were stunned: the intact DNA was behaving as if it had been hit by ultrasound itself.

Scientists have confirmed by further attempts that cold and frost does not affect the change in the spectrum of frequencies. Finally,

the most striking was the following result – when they prepared a new DNA preparation and placed it in an old ultrasound-stricken place. Suddenly the specimen began to show all signs as if he had been hit by ultrasound.

After a series of tests, scientists came to a surprising conclusion. Ultrasound hurt DNA molecules and they remembered it. DNA molecules have experienced a strong shock, after which they have long recovered and eventually created a wave phantom of pain and fear that remained in place for their terrible experiment. Under the influence of this phantom, even the second, new DNA molecule, they experienced a similar shock that left them with the same consequences!

Further studies have shown that during ultrasound irradiation, double DNA spirals unravel and even tear, as is the case with strong heating of these molecules. At the moment of these mechanical damages, electromagnetic waves are formed that form the phantom. It is able to destroy DNA as well as heat and ultrasound.

Something similar happens when an injured person amputates a hand or a leg and then hurts “empty space” for many years.

Scientists were able to take a picture of the phantom of DNA as a bright sphere emerged around the DNA molecule to divide the lines. It was like a tree lit by lightning, but instead of leaves it was shrouded in a cloud of light from ultra light microparticles.

The phantom swam around the DNA specimen and when the specimen was removed, the phantom floated above the place. This “floating tree” has been recorded in many photographs.

These experiments prove that ultrasound generates mechanical and energy damage to DNA molecules. This means that a genetic program may fail, a distorted wave genome generates damaged tissues, and a healthy organism cannot develop from it.

Nowadays, there is fashionable ultrasound scanning worldwide. This method is considered completely innocuous in official medicine and is widely used to diagnose children and detect the sex of children in pregnant women. The recklessness and arrogance of the “kings of nature” are simply incredible.

They know that some animals use ultrasound as a weapon. Dolphins paralyze ultrasound fish, whales, squid, etc.

Doctors suggest a similar effect to their patients, and they willingly agree, they even give their children ultrasound experiments.

“Our research has shown that ultrasound can be very harmful to living systems. We have made a lot of attempts to remove phantom-damaged DNA by ultrasound, but anomalous wave structures are constantly appearing in place, and these are still new disrupted genetic programs.

It is horrible to think what ultrasound will create in human cells. No wonder so many sick are born in today’s hospitals, ultrasound could change their wave genome and thus the genetic program. Similarly, ultrasound scanning of diseased organs causes more complex treatments for adults. ”

Using ultrasound can have disastrous consequences for future generations. It is not excluded that ultrasound techniques can be carried out in a targeted manner to damage the genetic potential of humans.

Garjaev says: “Super stability of some organisms, resistance to harmful effects is due to the fact that they can maintain healthy matrices of the wave genome. Although they are constantly destroyed by radiation, pesticides, electromagnetic fields, they are able to create new cells according to the matrix, We have awakened this ability in wheat and barley grains, in the future it is possible to discover something similar to humans, as if it were a phantom of health that always creates a new cell according to a healthy program.

In the past, P.P. Garjaeva fundamentally refused experiments with human DNA molecules, the reason being the fear of unpredictable consequences. But the scientists’ beliefs were shattered when they realized that other “experts” had long ago destroyed the genetic apparatus of humans, not knowing what they were. It is possible that these experiments have gone too far to restore a healthy gene pool of mankind will not be easy.

For his research and attitude, Garjaev is criticized from the official academic community because he publicly reveals “undetectable” things, on the other hand, has great support, such as E.R. Muldashev calls him “a brilliant Russian scientist” in his books.