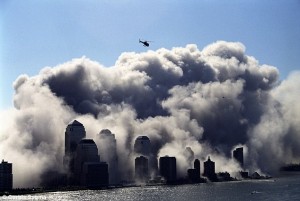 Dr. Lioy became one of the first scholars to gather samples of the dust from the ruins of New York’s Twin Towers, soon after he witnessed the 2001 terrorist attack, the New York Times reported. He scraped the samples from cars nearby laboratory testing, after Lioy noted the “weird texture and color” of the dust.

“It was unprecedented in terms of the complex characteristics of the materials released,” Lioy told USA Today in 2011.

The results of laboratory analysis revealed the presence of elements including chromium, aluminum, barium, titanium, mercury and lead, as well as jet-fuel components and particles of wood, plastic, glass, asbestos and concrete.