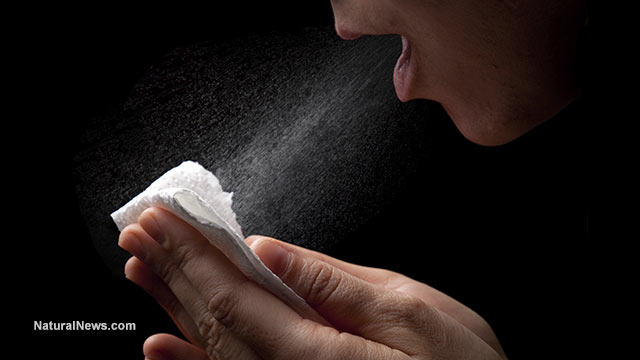 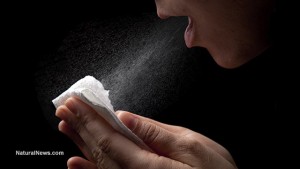 Some clues about the origins of the latest Ebola outbreak may be found in the contents of a speech given at the 109th meeting of the Texas Academy of Science back in 2006. Professor Erik Pianka reportedly told his audience that the best way to kill off 90 percent of the human population would be to spread an airborne version of the Ebola virus, to which he received an enthusiastic standing ovation.

As reported by Australian journalist John Ballantyne, Pianka opened up the meeting with a series of highly disturbing statements on population control, which were so controversial that he had them censored from video footage captured at the event. Pianka basically likened humans to bacteria during his extensive rant, claiming that we are destroying the planet and need to be culled in mass numbers.

“[Pianka] argued that the sharp increase in the human population since the onset of industrialization was destroying the planet,” wrote Ballantyne for News Weekly. “He warned that Earth would not survive unless its human population was reduced to a tenth of its present number.”

In order to do this, Pianka proposed the idea of weaponizing Ebola, and specifically Ebola Reston, to travel through the air rather than just through fluids. Since AIDS apparently takes too long to kill off its victims, Ebola is a much better option, in his view. This, combined with the usual weapons of manufactured war and famine, just might be successful in culling billions of people from the planet.

“His preferred method of exterminating over five billion humans was via airborne Ebola (Ebola Reston), because it is both highly lethal and kills its victims in days rather than years,” added Ballantyne.

“I watched in amazement as a few hundred members of the Texas Academy of Science rose to their feet and gave a standing ovation to a speech that enthusiastically advocated the elimination of 90 percent of Earth’s population by airborne Ebola.”

Fast forward almost 10 years after Pianka expressed his desire to see most of the world’s population exterminated and we have an Ebola crisis that seems to match the original narrative. The currently spreading strains of Ebola are reportedly transmissible both through surfaces and through airborne micro-droplets, and the mortality rate is exceptionally high.

“Droplet spread happens when germs traveling inside droplets that are coughed or sneezed from a sick person enter the eyes, nose or mouth of another person,” explains a poster issued by the U.S. Centers for Disease Control and Prevention (CDC) back in October.

Discussing the unexpected release of the poster, which at the time seemed to contradict CDC claims that Ebola can’t spread through the air, Dr. Meryl Nass from the Institute for Public Accuracy in Washington, D.C., told the media that the CDC was basically bluffing. In truth, Ebola can spread all sorts of ways beyond just direct contact with blood or infected saliva.

Could it be that this new and apparently much more deadly virus is the global killer that Pianka had been hoping for? Will a truly airborne, mutated version of the Ebola virus suddenly emerge, killing off 90 percent of the population in accordance with the ominous “commandments” emblazoned on the infamous Georgia Guidestones?

“I believe, with the terrible experience of the bloodiest century in human history behind us, that all men and women of conscience in the 21st century must be proactive in our opposition to genocidal or apocalyptic philosophies, before they have the chance to inspire some new champion with the will to take their conclusions to the next step,” warned Dr. Shawn Carlson in The Citizen Scientist not long after Pianka’s harrowing diatribe.

“When the professional scientists have lost their sense of moral outrage at such ideologies, then it falls to America’s great community of citizen scientists to be the conscious of science.”