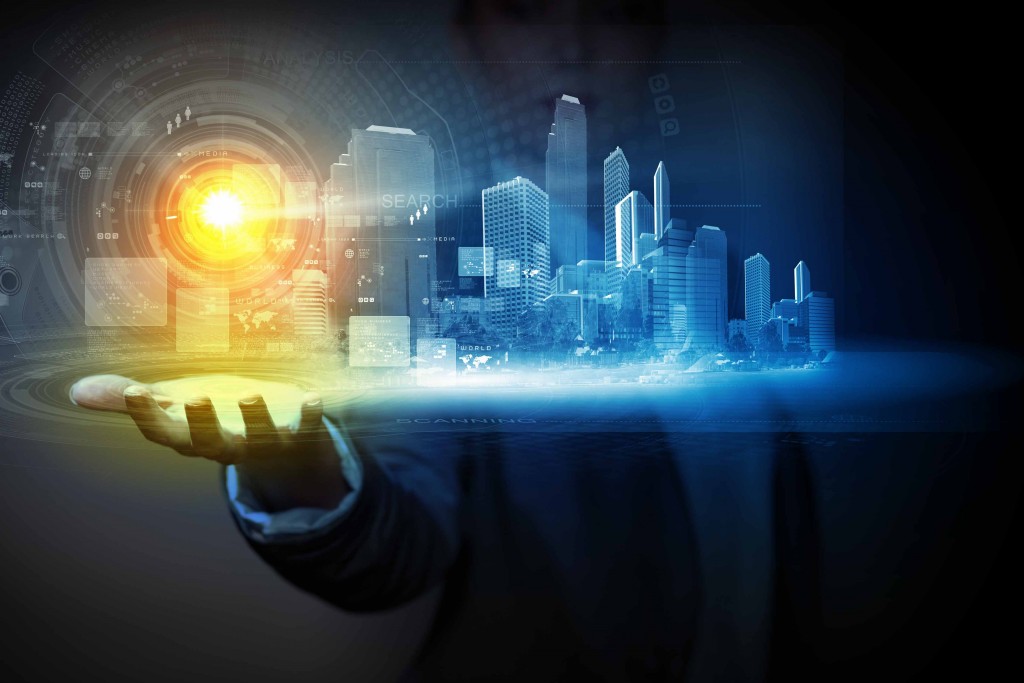 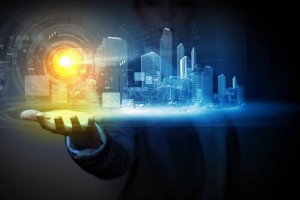 Surely no one can have failed to notice: engineered electronic intelligence in pocket-sized parameters is a formidable little weapon of potential mass destruction.

However, one must not make assumptions, since most of humanity has so far failed to notice that atmospheric aerosol geoengineering is a weapon of mass destruction, I guess it should come as no surprise that ‘smart’ cell phones remain largely unrecognized as the little mind-bombs that they are.

Not the sort of bombs that cause vast explosions – that form of destruction may be close to past its sell-by date for those who would engineer our futures. No need, after all, to blow us all to hell if we are perfectly happy to go there quietly, of our own accord. And many millions seem ready to do just that; led by the Pied Piper of convenience technology.

For there is a strange world out there, a virtual world, to which literally billions of people are now addicted, finding it indispensable to their daily routines.

The madness of geoengineering our climate and smart phone engineering our brains is linked. Put superficially, the more you look down at your flickering gizmo, the less likely you are to look up and witness the engineered cloud formations grid-lining our once blue skies. Or for that matter, the beauty and subtlety of nature or the grace and dignity of fine architecture.

In fact, a disposition towards ‘not seeing’ has been on the rise for at least two or three decades now. It applies to vaccinations, GMOs, food additives, radiation, electro smog, and so many more creeping weapons of the ‘silent wars’ assailing our planet and our physiological and mental capacities.

One might try to dismiss these devitalizing agents as necessary evils of the convenience age in a society dependent upon instant fixes, instant communications, instant satisfactions and instant just about everything. One might…until one realizes that they are impregnating and polluting our blood stream, subtly altering our DNA, and changing our very nature from the inside out … and from the outside in.

What kind of insanity is this?

Just witness the tens of thousands of spiky steel mobile phone towers that now cover the Earth, like something out of HG Wells’s War of the Worlds. Each one spewing mind-altering, unseen microwaves into the surrounding community. And all because everyone has to have a cell phone with which to engage in what, for the majority, are typically banal, bland and boring conversations.

I have written before about Transhumanism (for the article, click here) and the plans for a human-engineered robotic cyber intelligence to usurp responsibility for the future (and the present) from humankind. I warned that we must be alert to this cold-blooded cybernetic concept gaining ground, especially among those who wish to divest themselves of all sense of responsibility for planetary life, and indeed the lives of future generations.

Now, I wish us to direct our attentions towards the role that the smart phone addiction is playing in hastening this further demise of homo sapiens. It’s a slippage that leads towards an almost wholly-derailed human race. One that relies on a machine to do the thinking while the time-honored neocortex loses its capacity to function; to discern between what is reality and what is virtual reality. What is actual and what is illusory. What is real and what is unreal.

Many is the occasion upon which I have taken my seat on a train and found myself surrounded on all sides by people staring hypnotically into their illuminated smart phones, tablets, iPhones/iPods, laptops, and god knows what else. Tweeting and twittering-out endless text messages to social media sites and fellow twittering twots. Watching movies; or just scrolling…scrolling…endlessly scrolling. Which rhymes with ‘strolling’, but has long since usurped this pleasing outdoor pursuit.

All the while a spreading cloud of electro-smog penetrates corpuscles and brain cells alike, disrupting and distorting the wave-forms that constitute the natural channels and interface of communication between us – and indeed between all species.

We need a law, following the lines of the ‘passive smoker’ rebellion – which will outlaw such activities and protect the non-user of wireless technology against brain-bending microwaves zapping the unprotected neocortex of unsuspecting neighbors. But it took around forty years of intense lobbying and tens of thousands of ‘scientific papers’ to prove that smoking commercial cigarettes causes cancer. How long and how many casualties will it take to achieve protection from electromagnetic radiation?

Legislation alone achieves just so much; ‘just so little’. There are one thousand and one toxic nasties that should have been legislated against decades ago. Unless society, as a whole, is moving towards a degree of enlightened awareness, all the rules in the world are not going to alter the underlying problem: the majority of mankind prefers to be a slave than to be a leader or responsible partner within the global family of homo sapiens.

Does it make much difference if one is a slave to a Cyborgian dynasty or to an Illuminati empire?

How to Disappear Off the Grid Completely (Ad)

Not much, in my view. However, we have at least started a serious awareness raising ‘resistance’ to the latter – and now know this devil better than we understand the creeping paralysis of virtual reality Transhumanism.

Of course, there are strong links between these two. The ambition has always been to hold the development of humanity in check, by whatever means. He who stands in the shadows between the CEO’s of Google, Facebook and Microsoft is a fellow diner at the top table with those who stand in the shadows behind Monsanto, Cargill and Bayer. Who in turn maintain just a shoulder’s distance from the shadow conductors of Raytheon’s military industrial project, the Lawrence Livermore Laboratory and British Aerospace Ltd. Who, in their own turn, stand just a stone’s throw from the Rockefeller, Rothschild and Soros banking empires. Each drinking from the others One World Cup.

Yes, we know something about this. But ‘mainstream mortal’ knows next to nothing. Yet we share our journey though life with such mortals – and we cannot turn our backs.

The smart phone is the favorite toy of the non-discerning, as well as too many of the seemingly discerning. Its innocuous nature makes it particularly addictive. Hard to give up – even when you know it’s cooking your brain. ‘Smart’ technologies come to us as an array of seductive weapons (‘smart meters’ and ‘smart cars’ are just the beginning), which are clearing the way for the next generation of mind and blood altering ‘listening’ technologies. Technologies that will, if the cyborgs get their way, “do our thinking for us”. And, as I have already stated, this is exactly what all too many want – and what the control system counts on – in order to spin humanity into the sticky folds of its all embracing web.

It is this slow road to asphyxiation that particularly alarms me. Each step of the take-over seems ‘just a small thing’ on its own. These steps quickly add up to a deeply sinister poisoning of the sanctity of life once observed as the planned, interconnected sequence of events that they really are.

The mass indulgence in cybernetics is a fools game. It’s a powerful distraction from the real task facing humanity: the discovery and realization of our still largely untapped deeper powers of love, spirit and passion. These are the qualities that will define any future worth living in, not an obsession with high tech wizardry placed on the global market by the cold, calculating minds that drive the multinational behemoths.

Yet, even as I write, there emerges another irresistible sweetener to take the cyber-slaves into their ultimate virtual reality scam: Wi-Fi ‘Cloud Technology’. A grid of all encompassing energetic Wi-Fi microwave bands, loaded with smart meter intelligence, gathering capabilities and a virtually-limitless range of capacity available to all who buy-in to its ubiquitous Eye of Horus network. A sub-reality world which is able to declare itself ‘the new reality’ by dint of its calculated hold over billions who have long since given themselves over to ‘the network’. A network critical to the successful establishment of a One World Control System.

So here we are, ladies and gentlemen. The message “sent from my iPod” might now offer a little jolt to anyone who is taking this seriously. If not, am I (as an owner of a PC) to expect “I’m a Cloud supporter” to appear on colleagues incoming email messages in the near future?

Where is the resistance going to come from if the tools of resistance are all made by the architects of the apocalypse?

How will people know when to abandon their cybernetic ship before it completely devours them?

Are our innards to be sacrificed to genetic engineering and our brains to transhumanist madmen?

Not as long as I remain a proud and resilient human being on this sacred planet Earth! Not as long as enough of us seize this critical moment – which is 2016 – and give our all to pushing through the powerful credo of beauty, spontaneity and creativity, which shatters the malevolent lies of drugged and soulless automatons. Those cyborg swindlers who wish to drag us down into their bland metallic graves and war-forged, smart-cloud prison cells.

Onward questing souls! Dispense with these toxic tools of fashion; unsheathe, instead, the fine-tipped arrows of truth – then step forth – for ours is the hour!

Julian Rose is a farmer, international activist and writer. He is the the author of the acclaimed In Defence of Life, a persuasive demonstration of how we can take control of our individual destinies and stand in defiance of the crippling policies of the powers that be. You can read about and purchase the book at www.julianrose.info. It can also be purchased from www.amazon.com and at independent online and high street bookstores.