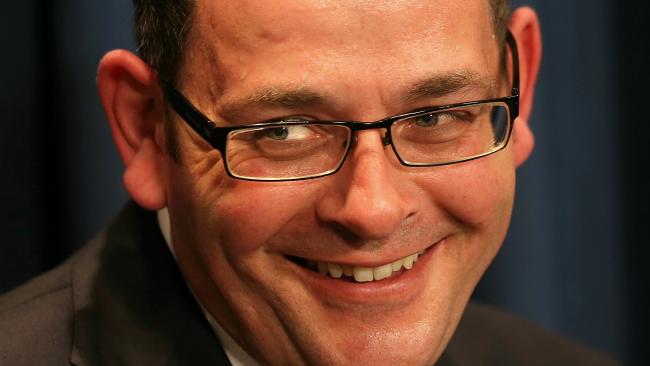 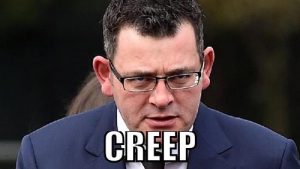 An extremely disturbing arsenal of social engineering schemes has been lined up against Victorian children and their parents in the triad of Safe Schools (SS), Resilience, Rights and Respectful Relationships (RR) and the Doctor’s in Secondary Schools (DISS) programs. Scratch beneath the surface of these three sweet-sounding initiatives and you will find Kinsey-esque child sexualisation, unproven sociological gender theories being presented as fact, and unsupervised GP appointments being conducted behind parents’ backs on school grounds, during school hours. Both NSW and Tasmania have now axed Safe Schools due to its highly inappropriate content and will replace it with genuine anti-bullying programs. But Premier Daniel Andrews has dug his heels in and even supports these schemes being carried out in schools against the express wishes of parents.

Imagine that a 13-year-old boy discovers his set of personality traits do not dovetail neatly at the masculine end of the ‘Gender Spectrum’ presented to him as an undisputed fact by his English teacher. He learns that this means he might not actually be a boy after all, but a girl trapped in a male body. It might also explain why he feels not only embarrassed, but also aroused by all the sexual descriptions and role plays, in class lately, and not just the heterosexual ones. The boy skips math class to go and see the school GP, who decides that the child is a ‘mature minor’ and so parental consent for treatment is not required. The child is conveniently diagnosed as having Gender Identity Disorder and prescribed therapy, drugs and surgery to transition from a boy to a girl. Based on informal discussions with the child, the teacher’s judge that the parents would not be supportive of the decision to ‘transition’ and decide not to tell them. Obviously, this scenario would take some time, but everything it contains is legal now. But of course, if you’re a parent or teacher (I am both) who objects to the erosion of parental rights and professional boundaries, you will be portrayed as a misogynist, enabler and even supporter of domestic violence and LGBTI bullying.

When I first began reading the SS and RR curriculums, I was hoping they would not be as terrible as had been reported. We, teachers, feel a heavy burden to prevent, stop and heal bullying; not only because it is in our job description, but because our students are dear to us and when they are in pain, we are in pain too. And so I wanted my students to learn to discuss important issues with confidence, humility, and respect when values and opinions collide, as they inevitably do in our multicultural society. But they won’t get those skills from these curriculums. The majority of this so-called anti-bullying material – from kindergarten up, is, in fact, explicit sex education. Kinder teachers faced with a student asking ‘what is a clitoris?’ are instructed to answer, ‘If you rub it, it feels good.’ They’re teaching masturbation to 4-year-olds.

Page after page of lesson plans made no mention of bullying, but instead graphically fixated on – and normalised – the high-risk sex lives of fictional, seemingly emotionless teens, always categorised as LGBTI, Cis, etc. Sexually-transmitted infections were literally described as a ‘normal part of sex’, something to test for and treat, not to avoid. Discussions of domestic violence focused almost solely on male to female violence, further humiliating male victims and embedding harmful gender stereotypes. There were no caveats in the material acknowledging that gender fluidity, male privilege, and unconscious bias are disputed sociological theories, worthy of investigation and debate, but not objective, settled science.

The existential premise of the Safe Schools Coalition is that ‘humans are sexual beings from birth’. But that goes against common sense, natural law, and the blazingly obvious reality that pre-pubescent children do not express sexualised behaviour unless first sexually abused. Apart from narcissistic perverts, nobody believes the Safe Schools premise, but this claim is exactly what is used to justify sexualised content being taught to pre-pubescent kids.

How and when was it proven that children are sexual beings? It wasn’t. But the notorious creep Alfred C. Kinsey tried to prove it during the ‘40s. He used convicted paedophiles to carry out sexual ‘experiments’ on 2,035 boys and girls, some as young as two months old. Observations of ‘fainting and weeping’ when abused were recorded as ‘orgasms’ which in his sick mind meant that children are ‘unharmed by sexual contact with adults’ unless the parents were ‘disturbed’ and ‘made a fuss about it’. The depraved nature and methodological flaws of his study only came to light years later. Yet this ugly truth is swept under the rug by those who seek to have paedophilic predilections sanctioned, celebrated, and spread. These three Victorian education programs are not about addressing bullying. They’re not about promoting discussion and understanding between students who disagree about sexual morality or the (pseudo-)science of gender. They’re not about helping to heal family bonds stretched to breaking point by the stress of ‘coming out’. Certainly, they do nothing to help children tragically suffering the consequences being misinformed over highly disputed theories about Gender Dysphoria. So what do they offer to those poor LGBTI kids who are suffering from bullying and the utterly misguided students perpetrating it? Or to boys suffering domestic violence at the hands of their mothers? Nothing at all, except some esoteric ‘privilege’ guilt and a bunch of poorly researched, highly subjective, and high-risk sex tips. The claim that these programs genuinely attempt to make schools safer, healthier and more respectful, would be laughable if they didn’t represent such a contemptible betrayal of children.

They corrode wise and legal boundaries of teacher professionalism, which aim to protect both teachers and students from unnecessary misunderstandings and accusations. They mock any notion of academic honesty, endangering children by presenting radical, unproven theories as settled, scientific facts. And they usurp the principle that schools exist to support the family, as they turn parents into powerless, scorned, spectators, or ‘bigots’ as Andrews puts it. Instead, he wants teachers to disseminate erotic materials and conduct sexually graphic discussions with minors that would have any other adult rightly dragged off in handcuffs. He wants doctors to conduct physical and sexual examinations and prescribe drugs to lone children, in school rooms, during school hours, without parental knowledge and despite parental objections. ‘Safe’ schools? Kids have never been less safe in Victorian schools!