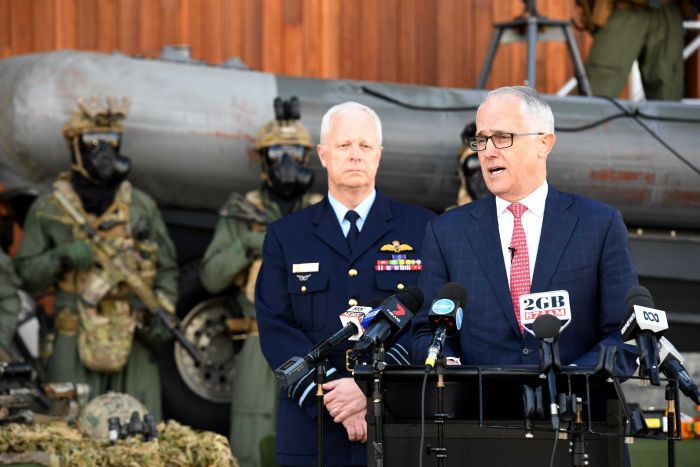 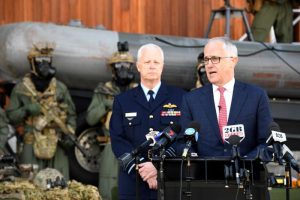 NOTE: Who’s ready for a military police state in this country? Buckle up for the ride because we are now in the belly of the beast & instead of being spooked, most of the population just want to watch sports.

Requests for military backup during terrorist attacks would become easier under a shakeup of Defence “call-out” powers being introduced today into Federal Parliament.

It will also allow the Australian Defence Force (ADF) to be pre-authorised to respond to threats on land, at sea and in the air, and will expand the military’s powers to search, seize, and control movement at the scene of a terrorist incident.

The measures were recommended last year in a Defence counter-terrorism review which was prompted by the Lindt cafe siege, and other recent deadly international terrorist attacks.

Under the changes to the Defence Act, it will become simpler for states and territories to request ADF support during a terrorist attack or other widespread and coordinated violent incidents such as riots.

Police will continue to take charge over dealing with terrorism incidents and the Government stresses that the military’s Tactical Assault Groups dedicated to counter-terrorism may not be able to do so in time if attacks occur away from their bases in Sydney and Perth.

Attorney-General Christian Porter said the changes to the ADF’s “call-out” powers are the most significant changes since the provisions were enacted in 2000 in the lead up to the Sydney Olympics.

“The terror threat we face today is greater and more complex than that we faced when these laws were introduced almost 20 years ago,” Mr Porter said.

“The Government is committed to ensuring that law enforcement agencies around Australia can easily request ADF assistance to respond to these threats where necessary and are available to states and territories to assist with other major incidents, such as geographically dispersed or otherwise widespread, coordinated acts of violence or other domestic incidents that threaten the security and lives of Australians.”

Defence Minister Marise Payne said the changes were part of a suite of measures being rolled out to enhance the ADF’s support to national counter-terrorism arrangements.

“Defence has already strengthened the practical support it provides to state and territory police since the outcomes of the review were announced in July last year,” Senator Payne said.

“This includes the establishment of an enhanced ADF counter-terrorism liaison network with state and territory police, a broadened program of specialist training and streamlined police access to Defence facilities, such as rifle ranges,” she added.

Neil James from the Australia Defence Association supports the overhaul but believes today’s legislation simply formalises much of what already occurs.

“The whole concept of this goes back centuries back in the days when they didn’t have police forces and governments used to call on the military to do things that the police now do. All this is doing is putting in a statute what is a century-and-a-half of precedent.”