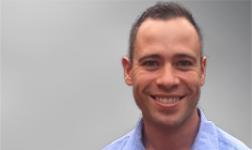 CAN you imagine a car today without a seatbelt? It’s so ingrained in us that it’s hard to picture. In 1970 Victoria led the world by introducing mandatory seatbelt legislation with enforceable penalties. The year following, the road toll fell by 13%. Soon after, other jurisdictions followed Victoria’s lead and made seatbelts compulsory.

Seatbelts are not perfect but overall the Victorian government made a good call. That legislation has saved thousands of lives. And, aside from some outspoken criticism citing infringement of civil liberties and government paternalism, seatbelts are largely accepted as good policy.

Vaccines are seatbelts and it’s time for us to reframe the debate.

This issue is not about choice – it’s about safety. And the longer we frame the vaccine debate as about individual choice the longer we lend legitimacy to the paranoid pseudoscience of the anti-vaccination movement.

This last fortnight has seen the re-emergence – pardon the pun – of anti-vaxxers in the general media. The Age has reported results from Edith Cowan University showing that many parents who do not vaccinate their children are hiding this information out of inherent mistrust of medical science. Similarly, various outlets reported the University of Wollongong’s controversial decision to award a social sciences PhD to a candidate whose thesis attacked Australian vaccine policy despite demonstrating a glaring lack of understanding of immunology and vaccine science. It was accepted nonetheless.

So it is time to set the record straight.

In this debate, the jury is not out. There are many things in medicine that are not clear, but the standard schedule of childhood vaccines is not one of them. We know they save lives. Like the mid-face fractures seen before seatbelts, the more debilitating consequences of diseases like polio and diphtheria have long been relegated to medical folklore because of vaccination.

Without maintaining vaccination rates above 95% these diseases will come back. Some, like measles, chickenpox and pertussis, already have. Despite what the anti-vaccination movement would have us believe, the rare side effects and potential complications of these vaccines are known and understood. The same cannot be said of the side effects and complications of the diseases themselves.

As recently as last December, over 80 children at a Brunswick primary school contracted chickenpox in an outbreak that swept through the school, reported to have an immunisation rate of only 72%. With no herd immunity, all of that population was more susceptible to a disease that is universally uncomfortable, often disfiguring and potentially fatal. The kids in that community who couldn’t be vaccinated on medical grounds needed protection by the herd, but with immunisation rates that low, no such protection existed.

How many more events like this should be accepted in the interests of tolerance?

Now is the time for true leadership in mandating childhood vaccination together with parental penalties for non-compliance – just like if a parent failed to restrain their child in a car.

‘No Jab, No Play’ and ‘No Jab, No Pay’ go part of the way to showing the community just how important this issue is and they are a good start, but they do not go far enough.

So if there is any choice in this issue it is a choice that now, as in 1970, needs to be made by government.

We owe it to parents who want the best for their kids but don’t know who to believe. More than anyone, we owe it to the children who are not, or cannot, be vaccinated and who have no voice in this discussion. It is these children who will ultimately suffer and potentially die from preventable disease.

In 1970, the Victorian Government made a good call introducing legislation to save lives. It’s time for them to do it again.

2 thoughts on “Simon Hendel Believes Vaccines Should Be Mandatory: Time for government to tackle anti-vaxxers”