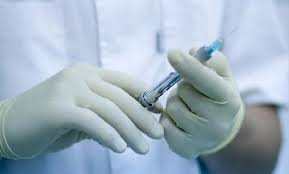 Paramedics had to be called to a secondary school when pupils fell ill and fainted after being given their vaccinations.

Around 10 to 15 students from Year 10 reportedly keeled over after getting their jabs at Northampton School for Boys on Tuesday.

One parent, whose son saw the drama unfold, said children were seen ‘on their backs on the floor with their legs up on chairs’.

In the note, the school said it is not known what caused the pupils to fall ill but said the vaccine was withdrawn ‘as a precaution’.

The letter, sent by the nursing team, reads: ‘Dear Parent/Carer, please be advised that the immunisation session your child attended today was suspended due to unforseen circumstances.

‘Some of the vaccinated children have become unwell shortly after vaccination.’

Guy Boulianne: Thank you! Here my original article in French: https://guyboulianne.com/2019/12/23/larme...
Annette: The agenda is set out at the bottom of the first page. Australia will be a Chinese Speci...
Janet Forrester: Murdoch doesn't make his money from selling papers he makes his money by the influence h...
Fabrizio Eleonori: Dear Jagg, I am discouragingly astounded by learning how many people around the world a...
@gus: Wow! We have a man with backbone in our Government who should be applauded for his cour...
@gus: Finally it has come out that the science on vaccines is not settled as the Murdock press...
@G_0: LOL The thought of a handful of people in a small underground room somewhere in Sydney...
@G_0: Well reported!...
@gus: There are reasons to believe bad forestry and arsonists but it goes a lot deeper and way...
@gus: Excellent coverage and should go viral. There is no doubt that the Australian fires hav...