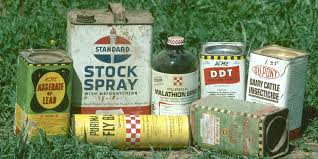 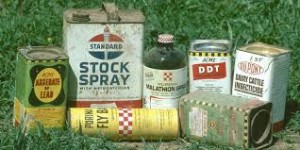 Banned by the United States in 1972, the insecticide DDT is best known as the impetus for the modern environmental movement. Since Rachel Carson’s bestseller “Silent Spring” sounded the alarm about the poisonous effects of the chemical on wildlife, the environment and human health, numerous studies have linked it to birth defects, miscarriage and reduced fertility.

Its role in cancer has been less clear. The Environmental Protection Agency classifies DDT as a “probable” carcinogen. Roughly three dozen studies have been published about DDT and breast cancer risk for women who lived during its peak use in the 1950s, but a 2014 meta-analysis of that research found that there was no significant association between exposure and breast cancer risk.

They may have been looking at the wrong generation of women.

A new study published Tuesday in the Journal of Clinical Endocrinology and Metabolism found a startling link between pregnant women exposed to DDT and the breast cancer risk to their daughters.

The study tracked the daughters of women who were part of a study at the Kaiser Foundation Health Plan from 1959 to 1967 near the city of Oakland, Calif. During that time DDT was widely used and accumulated in the fat of animals that we eat and was found in milk, butter, cheese and other products in the food supply. It was also in a number of consumer products, including some wallpaper.

Diane Drayton Buckland: The alleged conflicts of interest/corruption is systemic and widesprea...
Giselle: We need to protect Australians from this bill as it could be used agai...
Veri Tas: IGA it is!...
Flash: Fuller heading for ascension to parliament is the rumour. Imagine it, ...
@gus: Morrison can talk for an hour and say nothing. It's a skill they lear...
Gus: I must agree with this proposal as nobody, Corporate, Government or ot...
The Crazz Files: I thought the fucking sicko was under investigation? he is still on th...
BitterTears: With the Andrews govt wanting everyone vaxxed who's going to pick up t...
bojo the clown: bojo the clown is half jew (from one of his parent's side) it's enough...
Dig: 5G is the easiest thing to get rid of. The easiest... In the UK, Ne...