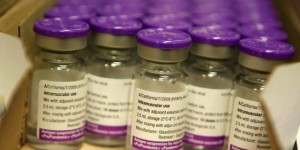 These days, it’s easy to be dismissive of anti-vaccine headlines. Long content to be headed by Jenny McCarthy and disgraced researchers, the so-called “anti-vaxxers” have produced so much nonsense in their ill-advised quest to end routine vaccination that many are quick to jump to an equally reflexive conclusion: all vaccines are inherently safe. But the reality is that vaccines are medicines like any other, foreign substances introduced into the body specifically because the body will react powerfully to them. Many vaccines are thrown out during testing because they turn out to do more harm than we can abide. Even so, the screening process isn’t perfect, and clinical trials don’t necessarily capture every single low-probability reaction. This week, a major study in Science Transitional Medicine shows how a vaccine called Pandemrix really may cause narcolepsy. This report is different from an earlier 2013 study on Pandemrix (published in the same journal) that claimed to find a link between the vaccine and narcolepsy, but was retracted a short time after publication.

Pandemrix is a vaccine meant to deal with pandemic influenza strains — those that are extremely good at infecting a large number of people in a short amount of time. Most prominently, this includes the H1N1 influenza strain (swine flu) that so panicked Europe and North America with a 2009 pandemic outbreak. It has been administered to tens of millions of people in Europe (it was never approved in the US), and multiple studies going back several years have presented convincing evidence that it has caused narcolepsy in some genetically predisposed individuals (though the CDC recently disagreed). The problem, thus far, has been that nobody could figure out precisely how the vaccine might cause narcolepsy.