Amidst the staggering diversity that is life on earth, there is a surprising thread of commonality. That shared ground is the language of genetics. Prior to the discovery of DNA, few suspected that a single molecular code could underpin such a panoply of biological forms – everything from viruses to talking apes. Even more startling was the discovery that this code consisted of a molecular language only four base pairs in length. It took evolution a billion years to devise this four-letter chemical code. Now for the first time in recorded history, organisms with a new, expanded, genetic code are taking shape in the laboratory. It’s no exaggeration to say that life on earth will never be the same.

While the playboy of biology, Craig Venter, has stolen many of the recent headlines in regards to synthetic biology, the more interesting advances in the field are occurring with surprisingly little fanfare. And not without good reason: many of the corporate labs pursuing synthetic biology have little cause to draw excess attention to themselves. They’ve learned all too well from the disastrous backlash against genetically modified foods that the public is not necessarily the wisest arbiter of scientific advancement. If we were to ban GMO crops tomorrow, half the population of the world would starve in short order. Yet this seems to be precisely what a large percentage of the “well-fed” in places like the United States are angling for. But I digress.

In a development sure to have far reaching repercussions, scientists working at the drug discovery company called Synthorx quietly announced that it is using an expanded version of the genetic alphabet, one that includes two novel base pairs dubbed X and Y, to create a type of E. coli bacteria never before seen on the face of the earth. While the potential for using these new, hybrid life forms to create wonder drugs is indeed enormous, that is merely the tip of the iceberg. The addition of two base pairs to the four letter DNA code effectively raises the number of possible amino acids an organism could use to build proteins from 20 to 172. 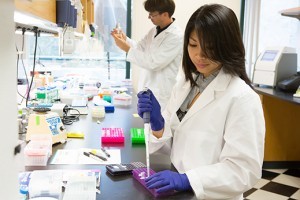 To gain an appreciation for the scope of this difference, just imagine that the entire array of life on the planet was increased eightfold. If you thought those freakish-looking deep sea fish dredged up by ocean vessels looked alien, those are practically our brothers and sisters compared with an organism that would employ a six-letter DNA code.

While the potential benefits to humanity and indeed the earth’s ecosystem are enormous, the dangers are equally staggering. On one hand, earth is flirting with its sixth extinction event, and an expanded genetic code has the potential to greatly revitalize the store of diversity found across on the globe. On the other side of the equation, these new hybrid species could have the effect that many non-native organisms often do when introduced to a new eco-system, obliterating the indigenous life forms.

While the scientists involved promise they are taking adequate measures to ensure these new organisms don’t break out of the lab and run amok, it’s always possible they will evolve some means for escaping their environmental confines and colonize new and uncharted territory. It wouldn’t be the first time this has happened, just look at the emergence of one biped ape out of Africa.