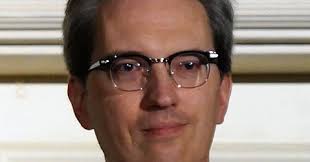 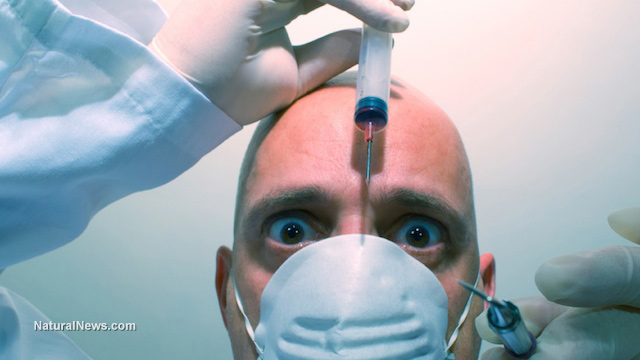 (NaturalNews) Inside the Karmanos “death camp” and cancer industrial complex in Detroit, where many people unfortunately go to die from chemotherapy, a vaccine troll wearing a lab coat scurries around between appointments, and maybe even during surgery, to blog thousands of words about how much it hates natural medicine, and how every other being should be injected with hundreds of doses of neurotoxins and dosed with concoctions of chemical-laced drugs (that he patents), and that are highlyexperimental. It’s all about power, control, manipulation, and yes, money.
Just like his cohort that worked next door, in the same chemo death camp, at Crittenton, the nefarious and insidious Dr. Farid Fata, who was convicted of medical fraud and conspiring to kill more than 500 people and permanently wound thousands of others, Dr. David H. Gorski, aka “Orac,” wants to “treat” your cancer or lack thereof with drugs that create new cancers in the body. It’s the American tradition since WWII, and three out of every four victims of cell disorder have been brainwashed into believing that chemicals can be used to treat a chemically-induced disorder.

There is one fundamental difference between Fata and Gorski: Gorski also pushes toxic vaccinations like there’s no tomorrow, and for some of his duped breast cancer victims, there won’t be. Gorski, like Fata, is not human, for he has no soul. He is but an educated creature who wields a scalpel with his claws, while retorting to the well-warranted insults and horrific reviews he gets online, and issuing threats to natural health enthusiasts, who aren’t even talking to him or about his Nazi-invented “medicine.”

It’s only a matter of time before the medical authorities go and arrest David H. Gorski for violating the AMA code of ethics, for creating aliases (at least a dozen) online so that he can abuse normal people with his secret language about chemicals, and for inflicting moredamage on his patients, many of whom may not even have cancer.

If you have even an inkling of doubt about the morally depraved, ignoble and wicked vileness of this dark creature of the medical profession, take a close look at his cohort, Farid Fata, who has just begun serving the first of 45 years in federal prison for dosinghealthy people with chemotherapy until they died, including deluging them during their final days of life.

A day in the life of a sad, pathetic troll who still operates on innocents

There are several cancer industrial complexes in the USA where people go to die from experimental chemicals, even though they think they’re giving themselves the best chance of living. Sloan Kettering Institute in New York is one. Barbara Ann Karmanos Cancer Institute is another. What’s worse is that many MDs and oncologists know that chemotherapy has very grim success chances, and other chemical drugs like vaccines make things even worse. Depleting (and sometimes completely annihilating) immunity when someone is fighting cancer is the absolute worst thing a doctor can do to their patient, but that’s exactly what vaccines, flu shots and chemotherapy accomplish. David H. Gorski loves maiming people and he blogs incessantly about “science based medicine” that has only a 2.3 percent chance of fighting off cancer.

Who is this troll that looks and acts like a human? Why are there so many professional articles and horrific reviews online about this monster? Because some humans actually try to save other humans from nightmares they know about. In Detroit, there’s a freak who operates on humans and then blogs hate crimes about them just minutes later. He’s not only an oncology troll, but he’s a vicious one at that. Don’t get injected with the poisonous venom of this “piss-poor pharma whore” (his own words), or anyone else like him.

Ask yourself one vital question now: Can a cancer doctor truly help anyone heal when they are filled with hatred themselves?