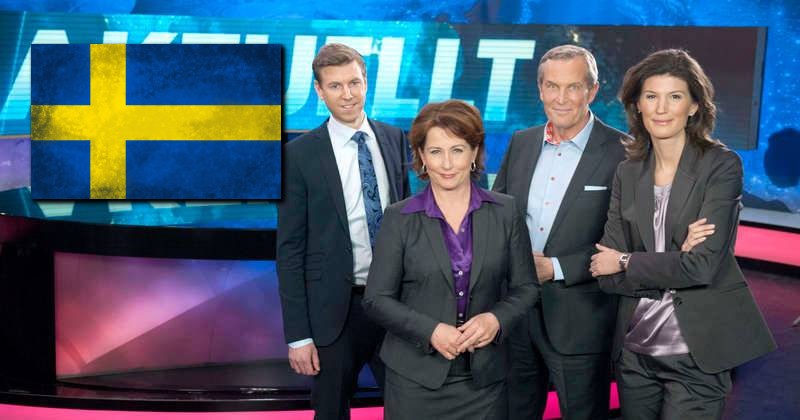 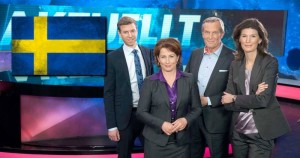 Sweden’s top public broadcaster SVT has ordered its employees not to use the word “immigrant” because it might be seen as politically incorrect, while also prohibiting the terms “black” and “dark skinned” because they may “arouse criticism” of terrorists and criminals.

The TV station’s new “language manual” orders its journalists not to say “immigrant” because it might be offensive to immigrants who have become Swedish citizens. The term “immigrant population” must also be replaced by the description “socially/economically deprived area.”

SVT has also advised, “its employees to consistently use the term “Swedish” of anyone who has Swedish citizenship. For instance, Muslim terrorists who have managed to become Swedish citizens (should be) named as Swedes,” reports FriaTider.

When describing terrorists or criminals, employees have also been told not to use the words “black,” “African origin” or “dark skin” because it may “arouse criticism” of the offenders. However, using the words “white” or “fair skinned” in the same context is perfectly acceptable.

The guidelines also mandate that anyone accused of discrimination or racism by immigrants is not given any air time to defend themselves.

According to Anne Lagercrantz, director of news and sports at SVT, the language guide will provide “journalists support in everyday life with diversity issues.”

Like the BBC in the United Kingdom, SVT is funded by a license fee payable by all owners of TV sets, meaning it has close ties with the state.

Despite Swedish liberals’ efforts to protect criminals and terrorists from criticism, reports of gay people being attacked and women being raped by Muslim migrants continue to emerge on a regular basis.

As we have exhaustively documented, Sweden is a shining example of what happens when the regressive left takes control of a country.

Sweden is a country in which some politicians have called for giving free housing, jobs and welfare to returning ISIS jihadists – all at taxpayer expense.

Sweden is a country that is suffering a major housing shortage yet simultaneously has politicians telling its citizens that they may need to give up their garages in order to house third world immigrants.

Sweden is a country where victims of Muslim gang rapes are unsure about whether to report the crime to police because they fear doing so may offend the perpetrator.

Sweden is also a country that hires ISIS-sympathizers to run its immigration boards. The country’s taxpayer-funded “expert” on Islamophobia, Michael Nikolai Skråmo, also went on to join ISIS.

As we reported earlier this year, a Swedish Bishop in Stockholm proposed removing crosses from a Christian church and replacing them with Islamic symbols in order to cater for Muslims.

Sweden is a country in which prominent Swedish politicians are charged with hate crimes for drawing attention to any of these issues.

Watch the interview below in which a Bosnian immigrant to Sweden explains the disastrous results of the country’s open door border policy, which has led to a 1400% increase in sexual assaults, making Sweden the rape capital of Europe.